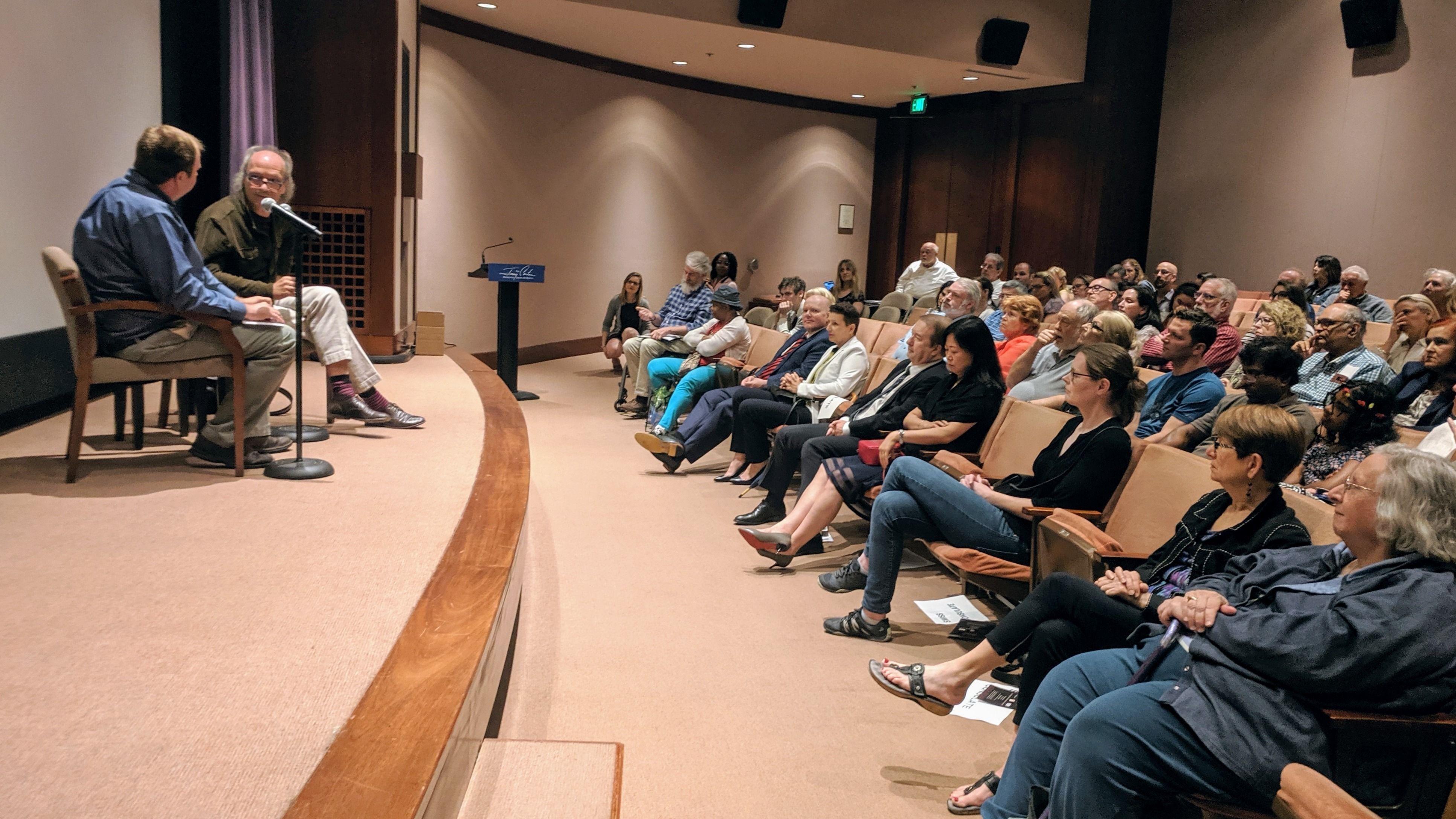 We'll be in one of the museum theaters to the left through the gift shop as you enter the Carter Center.

- This event is a production of the Atlanta Science Tavern with the kind assistance of the Jimmy Carter Presidential Library and Museum.
- It is free and open to the public; RSVPs are not required to attend; seating is on a first-come basis.
- Doors open at 5:45 pm; the film will start promptly at 6:30; it will be followed by a panel discussion.

About the film
The Most Unknown is an epic documentary film that sends nine scientists to extraordinary parts of the world to uncover unexpected answers to some of humanity’s biggest questions. How did life begin? What is time? What is consciousness? How much do we really know?

By introducing researchers from diverse backgrounds for the first time, then dropping them into new, immersive field work they previously hadn’t tackled, the film pushes the boundaries of how science storytelling is approached. What emerges is a deeply human trip to the foundations of discovery and a powerful reminder that the unanswered questions are the most crucial ones to pose.

About the panel
The screening will be followed by a panel discussion which will include some Atlanta's own "most unknown" researchers. They will reflect on what the film means to them and will also be available to answers questions about related areas of research.

Jennifer B. Glass (facilitator) - Jennifer Glass is a biogeochemist and principal investigator of the Glass Lab within the School of Earth and Atmospheric Sciences at Georgia Tech. Her studies include environmental controls on greenhouse gas cycling and, in particular, how one such gas, nitrous oxide, may have warmed the early Earth making life here possible when the Sun was much dimmer.

Misty C. Bentz - Misty Bentz is an observational extragalactic astronomer in the Department of Physics and Astronomy at Georgia State University. Her research focuses on active galactic nuclei and mass measurements of supermassive black holes. Misty will be one of the first investigators to use NASA's James Webb Space Telescope scheduled for launch in 2021.

Nicholas C. Speller - Nicholas Speller is a postdoctoral researcher in the lab of Professor Amanda M. Stockton within Georgia Tech's School of Chemistry and Biochemistry. He is involved in designing a device to analyze the chemistry of the surface of Europa as part of a future mission to Jupiter's icy moon.

Shella Keilholz - Shella Keilholz is Principal Investigator at Georgia Tech and Emory University's Keilholz Lab where research is conducted to characterize the dynamic organization of functional network activity in the brain, with the ultimate goal of understanding the alterations that occur in pathological states and using targeted interventions to restore normal activity.