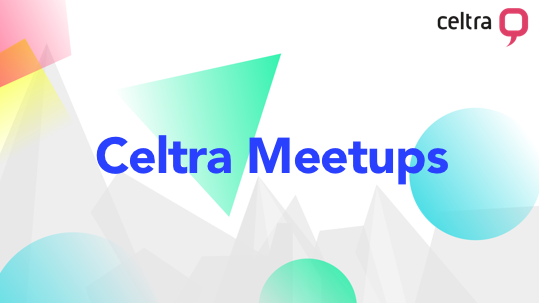 It’s almost summer and if we would have to choose one thing we enjoy the most it would be organizing community gatherings - meetups!

Join us the most exciting Celtra Meetup so far! We teamed with Ektimo and made it all about Artificial Intelligence!

Read more about topics below and remember - we will round everything up with drinks and pizza in a relaxed atmosphere.

1. Špela Poklukar, Data scientist and project manager @EKTIMO will talk about Generative models. She is first going to introduce the basic concept of generative adversarial networks described in 2014 by I. Goodfellow et. al. After a short introduction, she will present a further development of the original algorithm by NVIDIA and show a few cases where such models can be effectively used. In the end, she will briefly describe a way to represent the actual image approximation in the latent space.

2. Celtra team will discuss the topic we talk a lot about at Celtra - Creative AI. Can we use Creative AI to build 1000s of ads in a matter of seconds? We’ll explain “the basics”of Creative AI - why are we doing it, how we approached it and the challenges we are facing.

We will even take you “inside Celtra” and guide you through 2 prototype demos before deep diving into AI image treatment (readability and contrast, Google API, auto-cropping concept…).