One-Shots with The RPG Academy 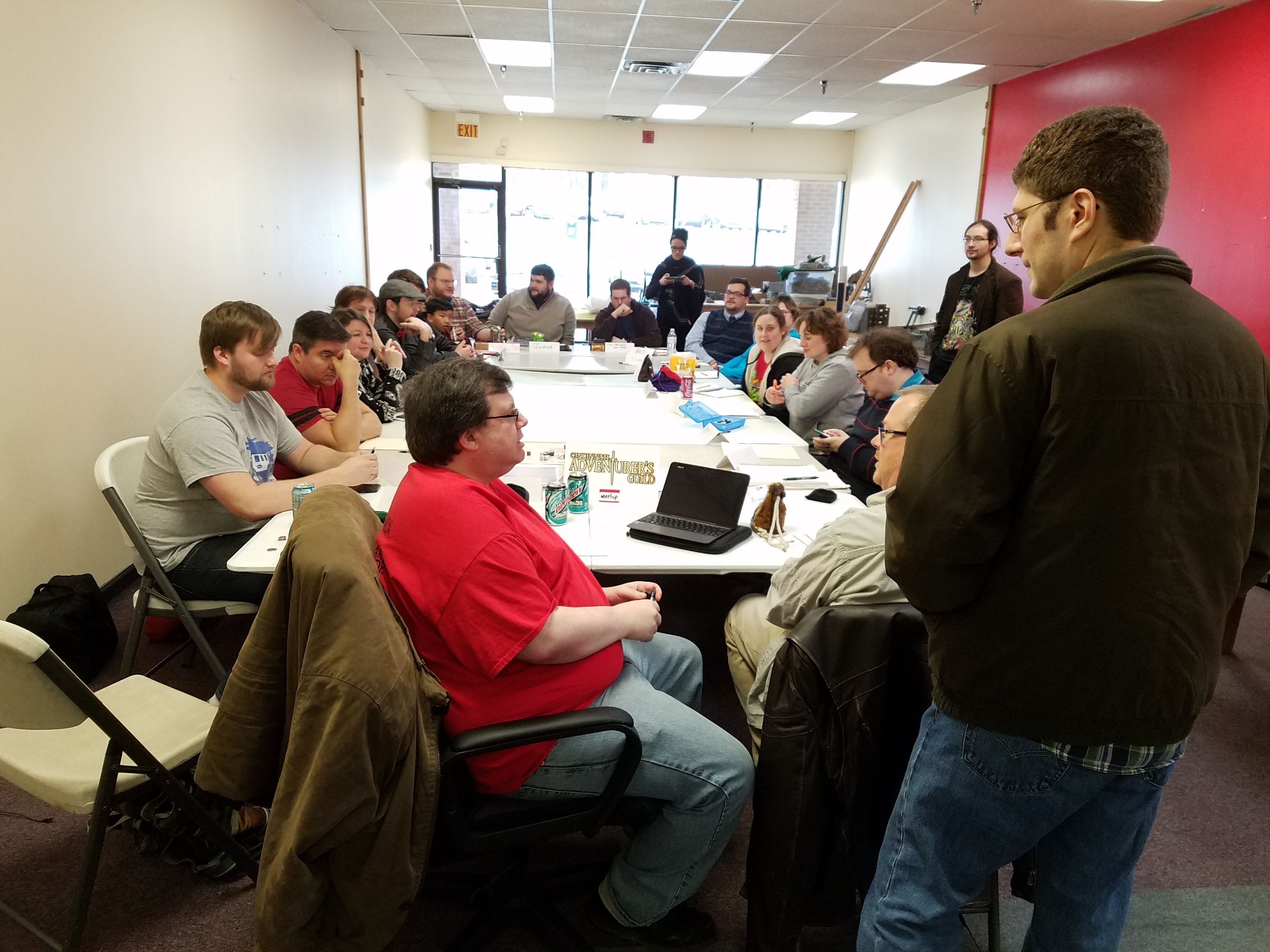 Every 1st Tuesday of the month

Tables in the back.

An RPG Open House with The RPG Academy at Woodburn Games! There will be multiple GM's running various games throughout the evening. Stop in, pick an RPG and have some fun! This event is beginner friendly.

The spirit of this event to foster a sense of community between a game store, game masters, players, local RPG organizations, and anyone in between. Come meet new friends and play some really great games!

Dr Martin Tate has some friends with a long lost daughter named Melissa Truman, who went missing twenty years ago. Her old PANICBUTTON! Bracelet has just gone off, and he wants some runners to investigate what's happening and, if it is her, bring her back to her family. Tate can direct you to the first place the signal was sent, which is near the Core Zone of Chicago - an area of the city that has been left to feral people and gangs for more than twenty years. Other runners will also be investigating the signal, sent by less scrupulous fixers around town.

Shadowrun. The Sixth World. Orks in pinstripe suits with uzis; mohawked dwarves jacked into vehicles racing through megasprawls at breakneck speed; humans casting fireballs at corporate-trained paracritters; elves hacking the Matrix for a datasteal of the latest tech or working to topple an upstart corp. It’s where man meets magic and machine.

A routine business deal goes awry when a spiteful Drow noble seizes a shipment of weapons destined for the Starfinder Society. The PCs are sent to the gloomy world of Apostae to retrieve the stolen arms. Granted 24-hours of diplomatic immunity for any actions taken against the thief, the PCs strike at the rebellious drow noble and retrieve the shipment. Whether through guile or sheer force, the PCs must prove that the Starfinder Society is not an organization to trifle with."

Your favorite system, Dungeons and Dragons 5th Edition, travels back in time a few million years to the time of pre-historic dinosaurs! Become an anthropomorphic dinosaur as you try to determine and survive either of the 2 possible cataclysms that wiped out your species so long ago! Pick one of 12 pre-gens that mix your favorite D&D class with your childhood’s favorite sharp-toothed terrors or slow grazing softies. Will you be able to make it out of the Triassic age alive?