San Fermin (The Running of The Bulls) Fiesta

Hosted by
Sarah and 3 others 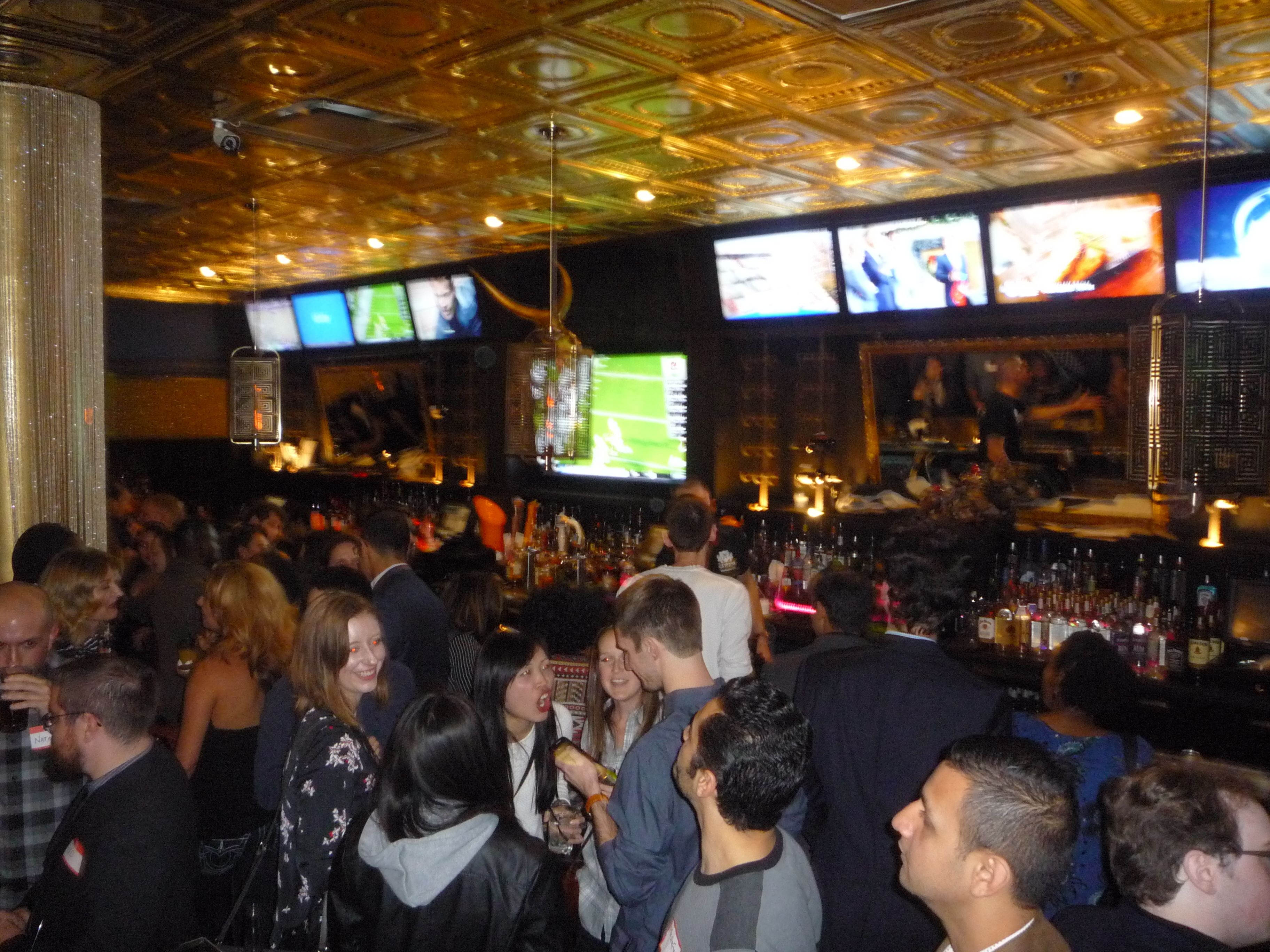 What better way is there to celebrate San Fermin, other than at a bar named after the very city of Pamplona (with all set-up, decoration and amenities), where the main fiesta takes place and without heading to Spain?!

We won't have the real bulls running around. But we will have real Spanish Drinks to sip on!

Pamplona is ornate, bullfight-themed Spanish spot for creative tapas & paellas, plus sangria on tap & cocktails that draws its inspiration from Ernest Hemingway’s travels throughout the Basque region of Spain. It is located in the bustling Clarendon neighborhood, features an innovative take on traditional Spanish fare paired with an extensive sangria program.

- Huge line up of DJs
- For bottle/table service AND birthday specials text[masked]
- Dress Code : we encourage you to dress-up in White and Red
- Event is 21+
- We will have specials including the usual suspect Mer-Tini:)
-Come one, come all; this is the most friendliest event you have ever attended!
- Feel free to invite your friends. They don't necessarily have to be a member

".....The world’s most exhilarating race (yes, with real bulls!)takes place each July in the cramped streets of Pamplona, Spain for a nine-day festival unlike any other. The famous Running of the Bulls in Spain is actually just a portion of a three-part fiesta known as the San Fermin festival. The origin of the Pamplona bull run dates back to the 14th century when local Spaniards began honoring the passing of Saint Ferman. Saint Ferman was dragged to his own death by bulls – so what could be more fitting a tribute than an annual run with the bulls? In his memory, participants take part in a feast day, an ancient fair and a bullfighting event that has become world-famous.

The massive party kicks off at midday on July 6 after the launch of the Txupinazo rocket. Locals and tourists come together in a rowdy crowd ready to take on nine days of celebratory drinking and eating.

The actual bull run itself includes a half-mile course that winds through four different cobblestone streets of the historic Spanish town. As you might imagine, slow runners are not encouraged to attempt the life-threatening feat of running with bulls. On the mornings of July 7 to July 14, hundreds of anxious spectators dressed in red and white await the sound of the starting rocket – and the lumbering arrival of the bulls.

Once the bulls are released, adrenaline-seeking runners sprint down the road for their lives… literally. The enraged bulls show no mercy to those who slip or fall on the course, making this one of the most dangerous running events of all-time. Once the race is completed, traditional bullfighting commences. This allows runners to take a shot at besting the bulls in true matador fashion. By the end of it all, festival-goers accompany each other for a closing candlelight performance of the song “Pobre de Mi.....”

Pamplona is half a block from the Clarendon metro station.

Street parking might be a challenge. There are parking garages around.