COED:CODE - Technology and Processes to reduce the impact of Fake News

Hosted by
monkchips and 3 others 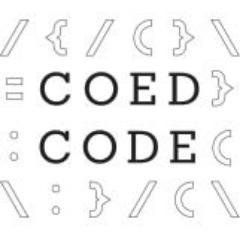 Our next Meetup is Tuesday January 30th 2018. This time we will focus on the fake news problem, and how to combat it.

Ingrid Lunden is the news editor and a writer for TechCrunch, based out of London. Before TechCrunch, Ingrid worked at paidContent.org, and has in the past also written freelance regularly for other publications such as the Financial Times. Ingrid covers startups, M&A, and all things tech.

Lyndsey Jones is Executive Editor and Day Production Section Chief at the FT. She plays a leading role in the digital transformation of the FT in the face of fierce competition and technological disruption. Lyndsey has led successful mergers of teams and been a key member of the senior editorial management team delivering changes to working practices to maintain a viable, quality product. She has also had a vital role in streamlining editorial operations, reshaping the production effort to focus on digital first publishing, while taking a more disciplined and simplified approach to the print editions. She has also worked to design and implement the “broadcast schedule” for online publication.

Melissa Arneau is a QA Engineer in the Correspondent Integrations team at WorldRemit Ltd. After working as an accountant for nearly a decade in Paris, she moved to London for a career change, passing via sales, medical assistant and store supervisor before joining WorldRemit. She is now working on transitioning from QA to developer via Treehouse and the Google/Udacity scholarship.

Sonya Moisset is a Full Stack Software Developer and an Application Security Engineer for WorldRemit. Formerly she was a consultant with over ten years’ experience in International Business Development. Sonya is also a Tech Advocate, a mentor for women in tech, a writer on Medium for FreeCodeCamp publications, and an active member of the Tech community in London.

Anne is an engineer who is enthusiastic about containers and everything else. She’s been helping to build complex software systems for over 20 years and is a co-founder of the Force12 project.