Channels as Controllers in Phoenix

Hosted by
brad s. and 3 others 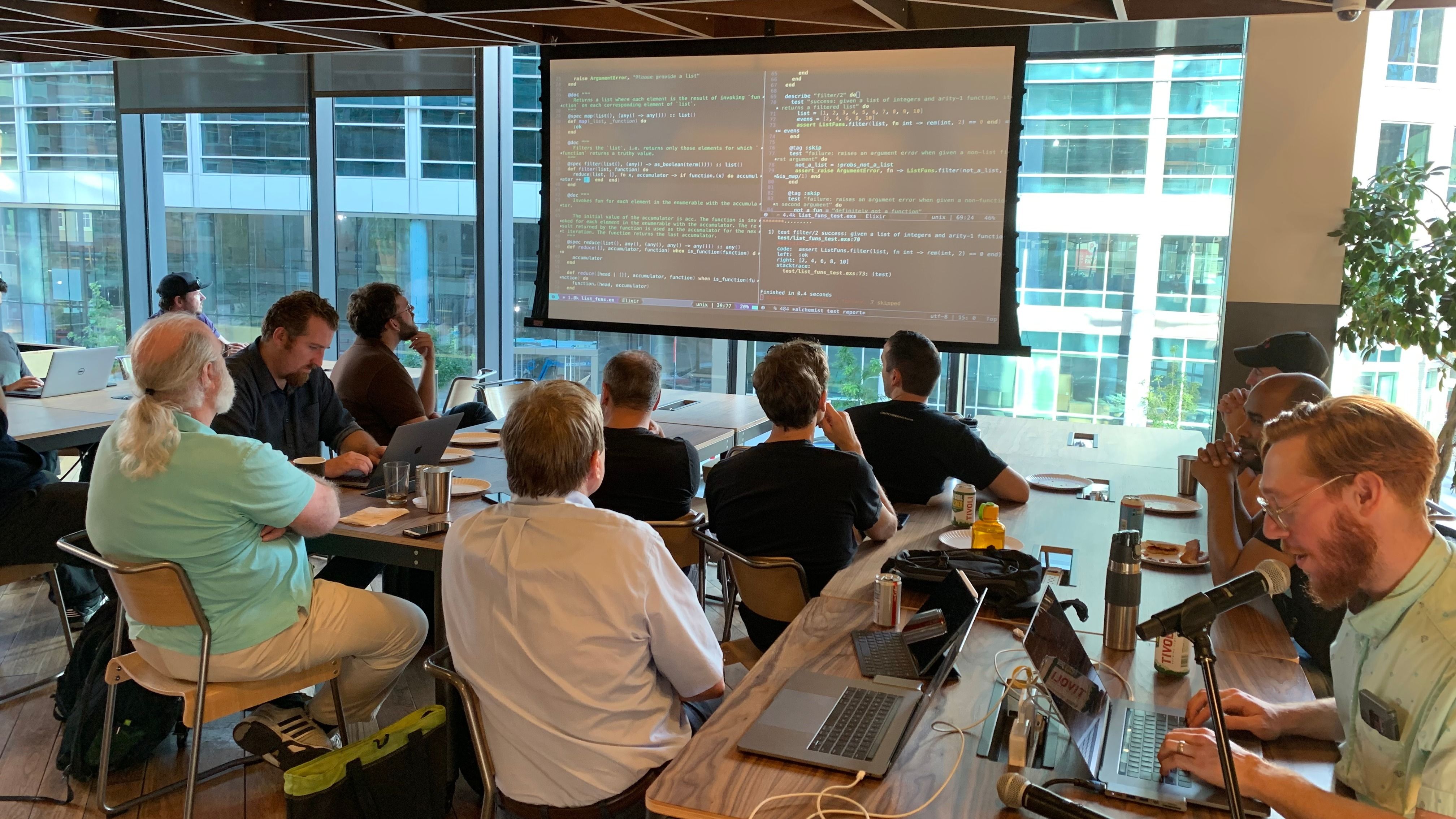 Carlos Rodrigues will be giving us a fun intro to Supervisors.

• If you're newer to the ecosystem, or just want to brush up, come out early and learn programming in Erlang/Elixir (Bring your laptop)

Travis Vander Hoop is going to give a sneak preview of his talk for Empire City Elixir Conference:

Phoenix Channels are one of the framework's best features, making real-time applications a snap. But what happens when a channel's responsibilities grow to the point of ill-repute? Let's look at the evolution of a single Phoenix Channel implementation over the course of several small and related features, and see what patterns Elixir developers can leverage to keep their Channels skinny.

• Bring your project, show everyone what you've been up to

• Stuck on a problem, show the group

Hope you can make it out!