Hosted by
Br. Shawn B. 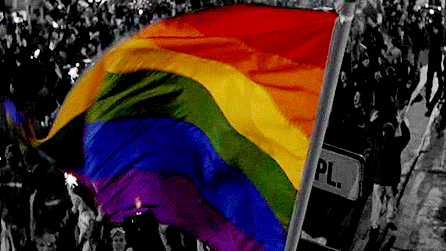 Come to the small door on the far right on the front of the building on the West 1st Street side.

Come out and enjoy meeting new friends, have a snack, and see a film from the queer cinema tradition together. February is Black History Month. We realized we have not featured queer film that features African American stories. Here is a great example.

Our movie this week is Moonlight.

From Wikipedia: This film Moonlight is a 2016 American coming-of-age drama film written and directed by Barry Jenkins, based on Tarell Alvin McCraney's unpublished semi-autobiographical play In Moonlight Black Boys Look Blue. The film presents three stages in the life of the main character: his youth, adolescence, and early adult life. It explores the difficulties he faces with his sexuality and identity, including the physical and emotional abuse he endures growing up.
For more information go here: https://en.wikipedia.org/wiki/Moonlight_(2016_film)

We now have 354 “members” to this Meetup group!!!! Come out, come out, wherever you are, bring snacks and / or beverages. There is no charge for this event, ever. This is purely a social gathering. Donations to our host, Ray Of Hope Church are always welcomed. There is a discrete donation box by the exit from the chapel on your right.

Please RSVP below so others know people attend these events. The numbers reported here are never correct. Again, we had seven people last week, but the RSVP showed one attending. More people come than this shows, so do RSVP. We have a little motto: “Let’s put some feet to the street and actually meet and greet this week.” This is what the “meetup” concept is all about. We hope to see you there.

Hosted by Ray Of Hope Church, the only church in Central NY started and consistently supported by the GLBTQIS++ Community for 36 years. www.rayofhopechurch.com

The official Trailer is here: https://www.youtube.com/watch?v=9NJj12tJzqc