Singer-Songwriters in the Round Backyard Concert

Hosted by
Lisa B. 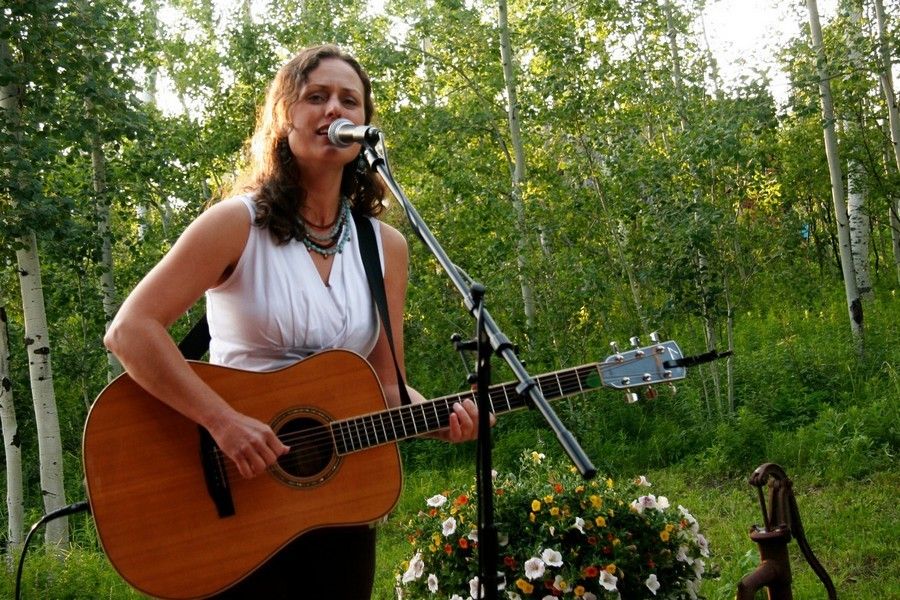 Join us for a unique concert featuring three stellar singer-songwriters with brand new tunes, in a beautiful outdoor setting. Join us for a songwriters in the round format featuring Mark Oblinger, Dennis Wanebo and Lisa Bell. All three have new albums that are soon to be or recently released. The evening will feature the singers with their original songs, many premiered here for the first time!

Please bring an appetizer to share. Host will provide wine, beer and soft drinks. This is a backyard concert so please dress for the ever-changing Colorado weather.

Suggested donation is $20 at the door and all proceeds go to the artists.

After years of dancing on the edge of the spotlight as a national touring performer, award winning producer and songwriter, Mark Oblinger’s new release, “High Water Line” leaves no doubt that he’s ready to take center stage.

From high-energy anthems to deeply introspective ballads, Mark’s songs are a soulful, eclectic blend of diverse musical textures, inspired by icons including Paul Simon, Peter Gabriel and current influences such as Gregory Allen Isakov and Maggie Rogers. Mark’s lyrics paint vivid pictures of both personal loss and rebirth - and the courage to stand ones ground when left without easy choices.

Since 2015, Mark’s toured the country with Indie/Folk powerhouse Rebecca Folsom, where he began to write and showcase the songs that would become his own “High Water Line,” set for a August 2019 release.

Starting in 2012, Dennis has moved his focus to the production of two solo albums, both of which have been well-received critically. Of the first effort (Running on Gravity), a west coast reviewer concluded with the comment: “at times one hears a classic like Graceland in this work.”

Recently, Dennis released his second solo album (The Stranger)—again to warm receptions, including a lengthy review in the industry-respected Creative Culture Journal.

Although Dennis still works and records with several bands, his typical performance “niche” these days is that of a solo performer.

A diverse Americana artist with jazz influences, Lisa Bell shifts gears with her fifth release, Back Seat. It's the most potent album of the singer/songwriter's career, nodding to the influences that have helped sharpen her own sound — including laidback R&B, melodic soul, and American roots music — while also pushing into contemporary, Triple A-friendly territory.

Gluing the mix together are Bell's expressive voice and ever-evolving writing chops, which combine to tell the story of an empty nester who, having spent years raising her children, is ready to climb back into the driver's seat and chase down new dreams. Written and recorded in her native Colorado, Back Seat is laced with electric piano, guitar, sax, and the sound of an artist who's found her own lane.