Talks and Drinks at Lunatech 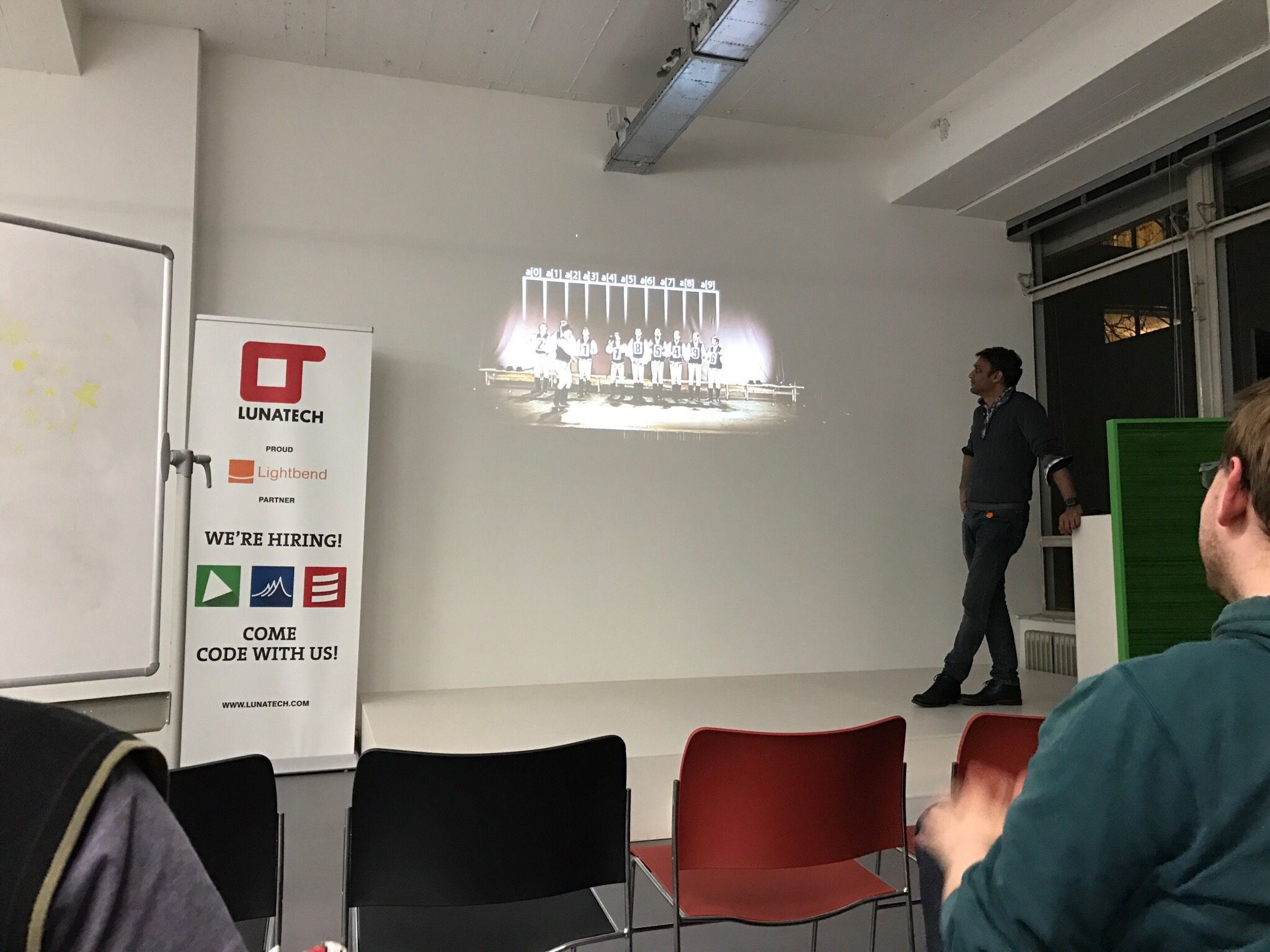 More about the talks and the speakers:

We'll go deep dive into the internals of http4s, a HTTP library which gets more popularity in the Scala community. We'll see how routing is done, how type classes are being used (from cats, cats-effect and introduced by http4s) and how requests and responses are handled by using fs2 (streaming library).

Mark de Jong is a Freelance Software Consultant. Well versed in Functional Programming, Scala and interests in other topics such as Kubernetes, React and UX/UI.

We will discover the foundations of ZIO modules and we'll apply them to
build a visual application: a ray tracer.
ZLayer, introduced for the upcoming RC18, gives us dependency injection
without magic, retaining type safety and resource safety.

Pierangelo Cecchetto is an independent Scala consultant based in Amsterdam, loves functional programming and OSS.