Hey everyone! I'm Joe from Aetheric.org!

I'm so excited to share this potent new technology with you guys. Do any of you remember orgone? For most, it never ends up being as impressive as we would've hoped. If you're one of the jaded bunch, stick around. If this "orgone" jargon makes zero sense, allow me to explain it a little.

Orgone is a name given to a form of "energy" which was utilized to do everything from heal chronic diseases to alter the weather itself --- and it had the experiments to prove it. Unfortunately the movement did not last long. In the summer of 1956 all research, as well as all books that made mention of orgone, was confiscated by the FDA and burned. That's right, an actual book burning. It's not some third world phenomena; it happens right here in the U.S.A.

The first scientist to do this research? His name was Wilhelm Reich, and he died in prison of heart failure one year later.

With such an interesting backstory, many of us approached modern day iterations of orgone devices with a giddy sense of wonder. Orgone! Some sort of invisible, empowering field of energy that has resulted in empirical results that cannot be ignored. It's the modern iteration of magic! People young and old find this concept exciting. The curious metaphysicists might think, "is this energy the same thing the Chinese call "Qi"? Or is this prana? Is it mana? Is this that invisible energy that cultures around the world have been working with for thousands of years, fashioned to feed out from a device?" I wondered that. Many others did, too.

Thinking about it, it was truly the American way to approach spiritual mysticism. It even fits in the palm of your hand! We live in a time where you wouldn't even need to leave your couch to see what this profound introspective experience is all about. No temple or robes needed, here.

The sad part is, once we do get our hands on a typical orgone device, we're usually left wanting more. You expect to feel magic, but at most we perceive a barely perceptible pulse. I bought some very pretty orgonite pyramids off of eBay some years ago, and though I was an active Qigong practictioner, I could feel nothing from these devices. I had to really push to feel anything, and at that point whatever I did feel was probably just brain exhaustion.

After this we end up concluding that this orgone energy felt too weak to be of any use. Was it even there? Maybe it was just my pulse. I must have imagined it. Etc, etc...

In the end, at least for me, it was a letdown.

Wihin the past two years, there's been a resurgence of orgone interest due to 'supercharged' orgonite many times more potent than it was before. What's more, these orgone devices can be made without a single particle of metal --- unheard of with traditional orgonite. Anyone who's been in this game a while will know how bananas that sounds. Up until now, metal was crucial.

Pockets of interested researchers are sprouting up in spots ranging from California and Arkansas to Denmark and Poland. Will Seattle be next?

I create dozens of different designs and geometries, and I'm excited to bring them for everyone to check out. Spheres, cubes, pyramids, rods, grids, rings, even jewelry, all with their own potent personalities. Above all else, I'm just curious if others can feel energy just like I can. It's a really neat and novel sensation, and it's a fun thing to share. Just what could we figure out, a couple of us energy-sensitive folk? Exciting to think about.

What's more, I'll have a bunch of smaller pieces that I am able to give away for you to keep. Everyone gets at least one sample, all for free of course. I have plenty of the little guys.

If anyone has their own favorite orgone device, please bring it along and share! It would be even more fun to compare different styles and strengths of orgone. People of all experience levels concerning spiritual/energetic work will invariably end up surprised at the range of outputs these items can deliver.

I want to gauge public opinion and see what people would enjoy doing most as a get together. I'm a bit new to this, but I would imagine a typical meet-up would go a little something like this...

-Set Up and Show Off-

Rather than jump into anything right away, let's make it easy and give ourselves a bunch of pretty pieces to look at. Space will be provided to display your own personal orgone device(s), and I'll have all mine set up on a table for everyone to test out to their heart's content. Smaller pieces for you to keep will be found in a seagrass basket near the entrance. You don't even have to talk to strangers to get your free piece --- I made it easy for you! Though if you want to learn how to use this stuff to its full potential, you'll be quite pleased if you stick around.

These first 20 minutes are just meant to get a first impression of the pieces, and give us all something to chat about. If you don't feel anything from some of them, that's fine. Just enjoy the colors and bizarre shapes. If nothing else, you'll see an interesting display. Think of it as a museum on some made up alien planet.
See what you feel when you first arrive, and compare it to what you feel later on.

Did you inwardly cringe at that title? It's alright, you don't have to lay down and stretch out like a yogi or anything. You just need to ensure you have adequate circulation and a basic level of bodily awareness. I can lead a quick, simple stretch routine that you could even do with a coat on.

Good circulation and a relaxed body free of tension are extra helpful in perception of orgone, or any subtle energy you can think of.

The main event! I could speak oceans about all the pieces I have, what they've helped me realize and accomplish, where they've helped me most, etc. Everyone is welcome to share stories and experiences with their own pieces. Others can check them out and see if any of it also rings true for them.

During this period I'll share helpful tips on how to best access the energy that emits from these devices, and to utilize it for personal growth. I'll share tips on everything, from how to hold them, to where you can place them upon your body for unique effects, to how to name the "notes" an energy can display. For example...

Does the energy have a quick tempo? Is it shallow? Deep? Hot, or cold? Is the sensation more on your skin, or in your bones? Is it limited to your hand, or do you feel it traveling up your arm? To your head? To your legs? On and on...

You'll be speaking a nuanced energetic lingo in no time. That way we can all communicate about these pieces and experiences with each other without confusion or difficulty.

Some people have a really hard time with this. I won't speculate on why here, but I will mention that there's a way we could get past this, and fast.

My history with Qigong has made it easy for me to move energy around. Qigong works with Qi, but I've found that the exact same energy is found within orgone. They are almost entirely the same thing. What this means is that the same exercises and practice one would do through Qigong will also benefit one's work with orgone.

If you rest your hand on a table, I'll hover my palm a few inches above it and "jog a little energy through." Much like a magnet to iron shavings on paper, it will straighten things out. You'll get a quick idea of what energy feels like, and you'll find it much easier to feel energetic output from orgone devices or any other subtle energy source, be it crystals, nature, even other people. It'd only take a minute.

Everyone grabs their free goods, says their goodbyes, and goes home to further their energetic development. Together we can push each other to greater understanding and utilization of this very curious and pleasant energy.

For those that have never held a high-octane orgone device, I'll describe it a bit...

At first, you're not sure what you're feeling, but once your brain "clicks" and gets it, it's an exhilarating sensation. Like holding a little beating heart with a decidedly pleasant, happy vibe. It's a little like an ember, but it's not physically hot. It's also a little numbing, like holding an ice cube, but it's not cold. After holding it a while the sensation spreads, traveling up my arm to my head. The effect is pretty relaxing. I let go of extraneous thought and feel very much in the moment.

I get anxious sometimes. So having something handheld to chill me out is already pretty great.

Since the output is continuously high, it's dependable for things like social anxiety, loneliness, fear, boredom, panic attacks, mysterious malaise --- the works. It helped with insomnia; kicked the repetitive thoughts and restlessness out.

I'm telling ya, you're going to find a use for this stuff if you're not using it already.

If not, get on the bus! Come by and get a free piece! Maybe, like me, it'll totally change up your life.

If you're like me, you're sensitive to other people. If any of you frequent these spiritual MeetUps, you might notice a couple weirdos with weird vibes. For whatever reason they cause anxiety, even if they're all smiles. Even if they're the MeetUp originator!

If you often run into people who give you bad vibes, or those that make you mysteriously nervous, have them hold some high-octane orgone... then pay attention. Don't let them put it down right away. If they get all weird or nervous, refuse to make eye contact, or the vibes get much worse, then you've got some sort of energetic fraudster on your hands. Those hiding a lot of negativity will have a negative energetic core, which gets caught up in energetic conflict with strong positive energy. The effects will be obvious.

Don't get involved with fraudsters! If someone responds badly to strong positive energy, they might be a person you should scrutinize a little more deeply. In times like these, we need the tools to separate the genuine from the phony, the deceptive and sociopathic from those with our best interests at heart. Trust is becoming a more and more valuable commodity.

High-octane orgonite is one of the only ways to suss this out. Don't believe me? Give it a try!

All that being said, I can't wait to see your faces when you hold this stuff! This is all going to be a lot of fun. 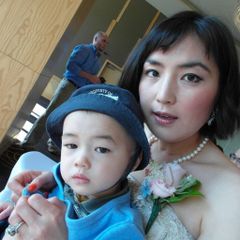 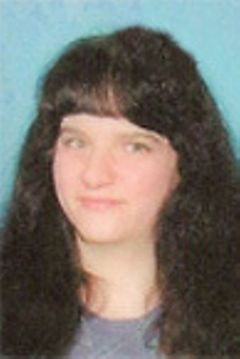 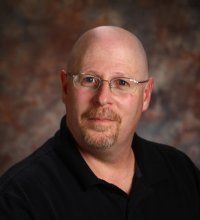 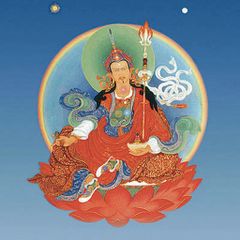 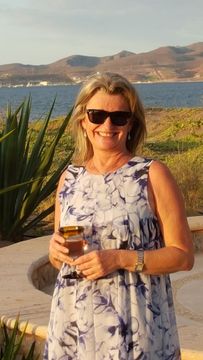 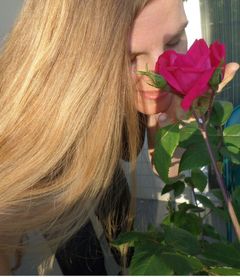 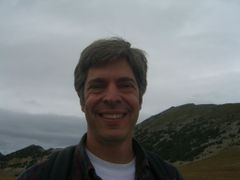 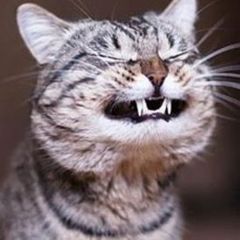 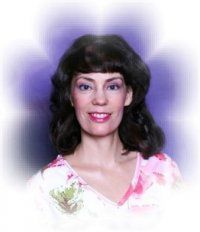 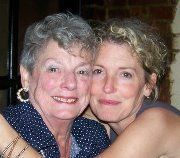 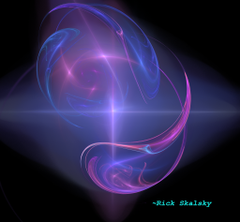 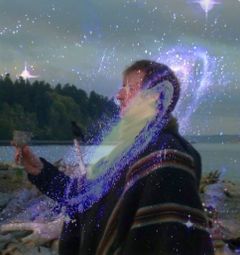 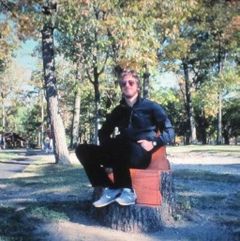 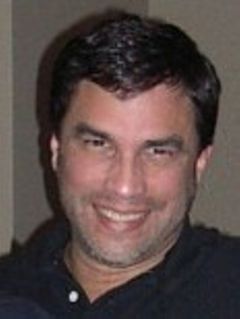 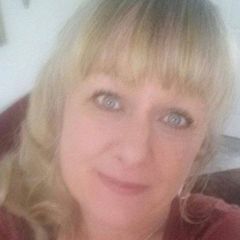