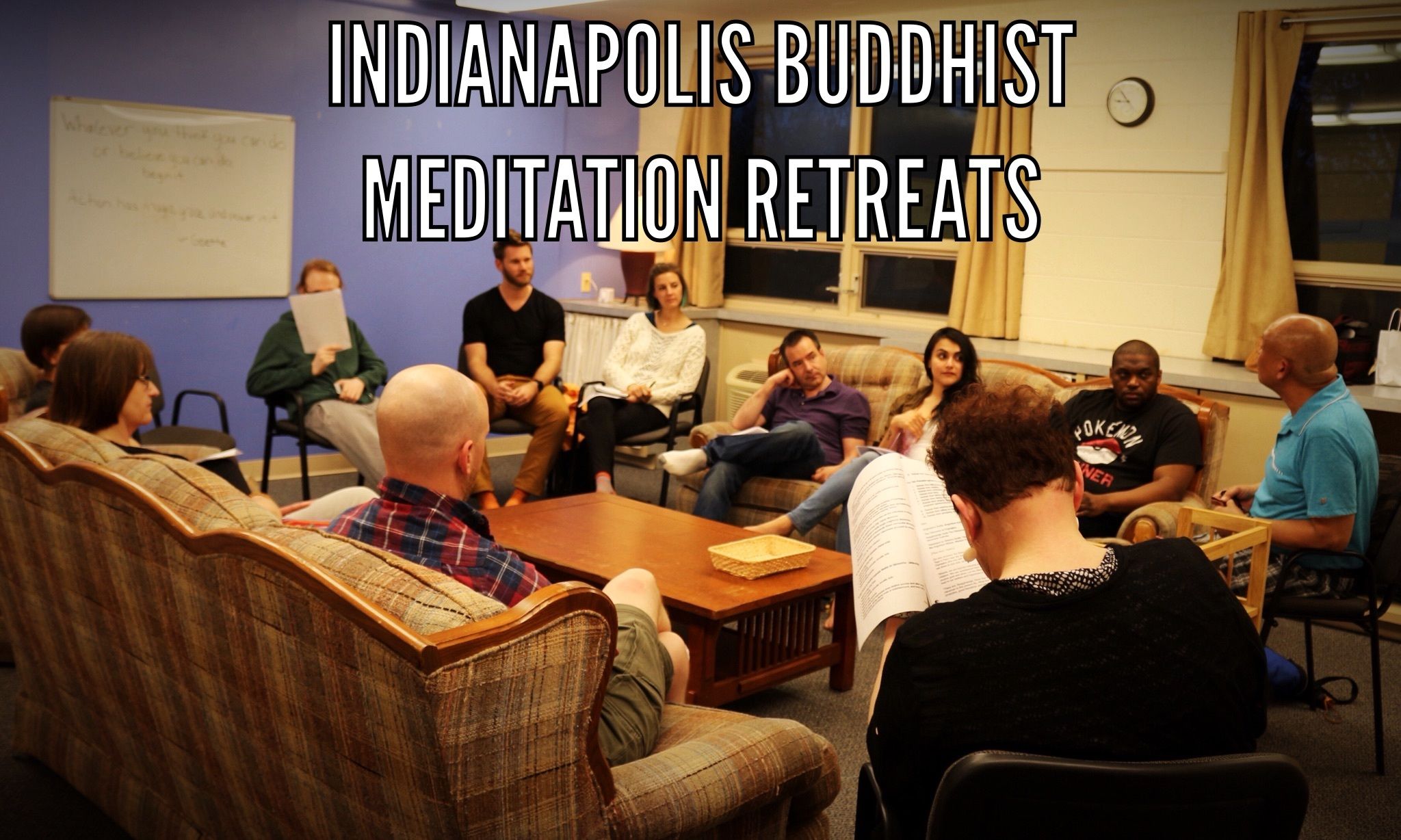 Room 4, up the stairs on your left when you enter the front door to the church, on your right after the men’s rest room

I've found that few people who may know intellectually the concept of the khanda or aggregates of clinging don't apply this intellectual understanding to practice, both on the cushion and in daily life. Tonight's talk and discussion is intended to ameliorate the situation so that our practice becomes continuous and contiguous with theory, thus maybe making it more effective and transformative.
The goal of Indianapolis Buddhist Meditation Retreats (IBMR) is to provide teachings and support for Buddhist practice.

On First Thursday we start to gather at 6:30 to transition into practice space, practicing Right Speech while sharing our day or week with others for our mutual benefit. Meditation stars at 6:40.

Thursday meetups are held at All Souls Church that provide facilities without charging us. Dana or voluntary donations on First Thursdays will be donated to the church in gratefulness; on other Thursdays, dana supports IBMR’s programs that cost to organize, and scholarships for those in need of financial assistance to participate.

RSVP is encouraged but not required for attending Thursday meetups. Just show up if your schedule changes and you are able to come and join us.