This is a friendly group of motorcycle riders, adventurers and history buffs. All types of vehicles and people are welcome. If you don't own a motorcycle, that's fine too. All ages welcome, young and seasoned. If you love to ride or drive and experience historic and wondrous destinations, you've found a great group to do it with. We like short excursions along with epic overnight adventures to far away lands. We love history, old vehicles, old places, old bikes, military equipment, vintage and advanced aircraft. Some of our adventures have little to do with street motorcycles, such as camping, or ocean cruising. You can attend the excursions that suit you.

We have no rules, no dues, no fees, and nothing to sign. You can ride the way you like to ride, or drive whatever suits you. Come join us anytime, and be ready to immerse yourself in the history and natural beauty of this wonderful world.

Please note that we are not about perfection. We might get lost, the weather might be bad, we might get stuck in traffic, we might encounter dangerous situations. We might lose you if you don't keep up. We might end up in a fight. Someone could crash. Anything can go wrong at any time. These excursions are about participating in an adventure and the outcome could be uncertain. The level of satisfaction you gain from a Free Rider excursion is largely dependent upon your personal attitude.

The organizer is currently developing a 10 acre parcel in Phelan CA, with a 7200 sq. ft. building, which will serve as our new free clubhouse and historic museum. Initial exhibits will be: 1965 Dodge Coronet, 1988 Ford 655A tractor, 1986 Restored Zieman Trailer, 1995 Freightliner FLD120, 1939 Cadillac LaSalle Hearse. More to come as we continue to restore interesting items.

Carls Jr. next to Tom's Farms

The Lyon Air Museum will host its annual Carroll Shelby Tribute on Saturday, March 13, 2021, from 10:00 AM – 1:00 PM. The outdoor tribute includes spectator viewing of Shelby cars, Food and Coffee available for purchase, and special exhibits.

Carroll Hall Shelby was born in 1923 in Leesburg, in East Texas. As a youngster he sometimes accompanied his Dad, a US. Postal worker, on his route. He had one sister, Lula, who was three years younger than Carroll. Shelby’s interest in automobiles began at a young age. He could not wait to own a car and by age 15 he was driving and caring for his Dad’s two door Ford sedan.

After graduating high school, Carroll Shelby enlisted in the Army Air Corps in 1942. He soon earned his wings and was commissioned a second lieutenant. It was the practice in World War II of the Air Corps to keep the best pilots in the USA to train others. Although Shelby requested it, he never went into combat. His favorite aircraft was the B-26 bomber because it was faster in a straight line than any Japanese, German or Italian fighter planes produced during the war.

Carroll Shelby help to create the iconic Cobra, GT40 and Ford Mustang and was involved in many other performance projects. As a race car driver, he won the[masked] hours Le Mans race as a co driver.

The Lyon Air Museum is an aerospace museum located on the west side of the John Wayne Airport in unincorporated Orange County, California, United States. The museum features military aircraft, rare automobiles, military vehicles and motorcycles, and related memorabilia, with an emphasis on World War II. The General Admission fee for all this excitement is just $13.

Lunch:
Bistro Moulin – European Bistro Cuisine. This French restaurant has an open patio for dine in service and is only about 3 miles from the Lyon Air Museum. This is an authentic French restaurant with some very interesting entrees. We might need to brush up on our language skills. https://www.moulin.com/

Route:
Via the 91/55 freeway, this is a 42 mile mile trip. If we ride through the Ortega mountains, the distance is 66 miles. We can take a vote on the route on the day of this ride.

So, let's go have some fun. Race cars and vintage aviation!

Cancelled by NCL. We will look at options

oin us on an exploration of the Hawaiian Islands and exotic Fanning Island. Together they present exquisite natural wonders and a vivid and colorful history. Let us bring you to the Hawaii of your dreams, while you explore some of the world's most beautiful places on a Hawaii cruise vacation.

It's the most geographically isolated landmass in the world, anchored 2,000 miles from its nearest neighbor as the figurative and literal Crossroads of the Pacific. Although voyaging Polynesians settled this chain of islands 2,000 years ago, it wasnt until 1778 two years after the United States became a nation before outsiders first discovered this mid-Pacific Mecca of the tropics.

Hawaii. Just the name alone evokes images of lolling about a wondrous island haven, sipping a mai tai while lounging on the beach, or going for a quick dip in the warm and gentle Waikiki surf even in January. To people nationwide, it is the dream vacation, the favorite honeymoon spot, and the destination often referred to as Americas Paradise.
About Hawaii
Hawaii is so exotically beautiful, so culturally unique, and so highly regarded by visitors with equal parts fondness and reverence, that competing destinations often hold it up as the standard to be measured by. No other state is so closely associated with its native heritage, ancient traditions, and ethnic diversity as Hawaii. The beloved Aloha Spirit? Only in Hawaii. Playing the ukulele, dancing hula, wearing a fresh flower lei, and feasting at a luau? Again, only in Hawaii.

The six major islands the ancient Polynesians called the heavenly homeland of the north Kauai, Oahu, Molokai, Lanai, Maui, and Hawaii's Big Island have similar overall characteristics, but each presents a uniquely appealing vacation experience. Kauai, the lush Garden Isle, is cloaked in brilliant shades of green. Oahu is a vibrant center of international commerce, and ringed by more than 100 world-renowned beaches. Molokai is where nature has carved out a rugged island beauty all its own. Lanai is renowned for how its seclusion and rustic beauty create a true getaway environment. Maui no ka oi! This popular saying translates to Maui is the best! Hawaii's Big Island, twice the size of all the other islands combined, is an enormous feast for the mind and senses. Six incredible islands, six amazing experiences. Only in Hawaii.

Most are familiar with beautiful Tioga Pass in Yosemite National Park, but there are actually lesser known passes just north of Tioga that make a fantastic motorcycle excursion.

This is a breathtaking ride though the spectacular Sierra Nevada Mountains range. We will cover a vast amount of territory as we crisscross the home of the most iconic national parks in California
These five passes are all well above 8,000 feet sea level, paved, and offer exciting riding with spectacular scenery.

Monitor Pass on Highway 89 at 8, 314 feet, might just be our favorite. It is twisty, dramatic, nearly empty most of the time, and only about 45 minutes away from Carson Valley. Montitor Pass is short, but connects to Carson Pass.

Carson Pass lies on the route of the Mormon Emigrant Trail, the route most commonly used by wagon trains headed for California after the gold discovery in 1848 and before the Transcontinental Railroad opened in 1869. Today, Highway 88 follows the historic trail very closely and crosses the Sierra at 8,573 elevation. Of these five passes, Carson Pass is the only all-weather pass but is not immune from occasional avalanches.

Ebbetts Pass is on Highway 4 at 8,736 feet elevation, in Alpine County. This is one of the least-traveled of all the Sierra passes, one of the best motorcycle roads anywhere, and very beautiful. The road is narrow in some places and may not have a center line. We will ride carefully.

Sonora Pass is the second highest Sierra pass at 9,624 feet elevation on Highway 108 between Sonora and Bridgeport, California. It is arguably one of the best trans-Sierra roads for motorcyclists with mile after mile of twisty pavement and spectacular views. The slope exceeds eight percent for most of the route and up to 26 percent in some places.

Tioga Pass is the eastern gateway to Yosemite National Park. It’s on California State Route 120, at 9,943 feet elevation, and is the highest pass in the Sierra Nevada and in California. Yosemite’s Tioga Pass entrance station consists of two historical stone buildings. There is a $10 fee for motorcycles entering the park.

Itinerary:
Day one Saturday. We cruise up Highway 395 (408 miles) until we get to Topaz Lake, and check into the Topaz Lodge. Get some rest because the next day will be a long one, with much to see.

Day two Sunday. We ride Monitor Pass, up to Lake Tahoe for a quick visit. Then we double back and catch Carson Pass west. We will then ride Ebbetts Pass on the way back east to Topaz Lodge. 276 mile loop.

Day three Monday. We will ride Sonora Pass west and catch Tioga Pass through Yosemite back to the Lee Vining side. From there, we go south to Bishop, and check into the Motel 6. 286 mile loop.

Day four Tuesday. We head for home, with only 274 mile to get to Perris CA. Not too bad.

Food: There are restaurants at Topaz Lodge and Bishop. Along the Passes, we'll have to find the local restaurants as we travel. It might be a good idea to pack some food and water on the bike for this trip, especially for Tioga pass. I suspect we will stop for pictures about a million times.

This will be a truly epic ride. Clean off those simm cards. If you missed this ride last year, now's your chance! Tons of photo/video opportunities await! 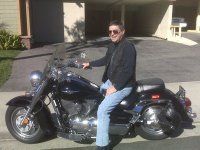 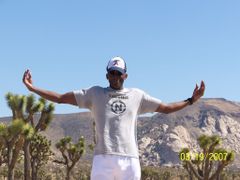 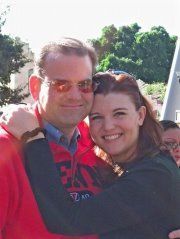 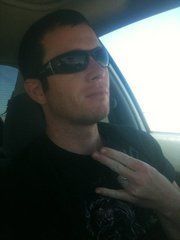 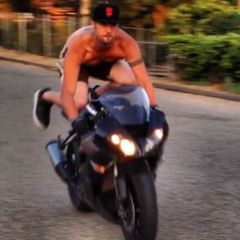 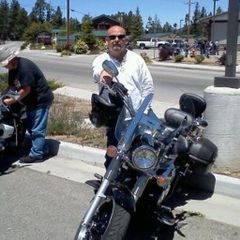 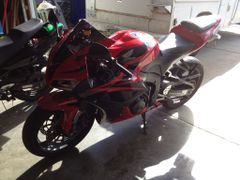 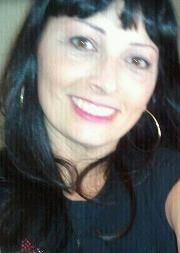 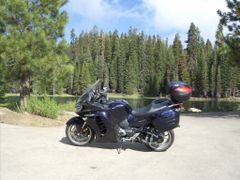 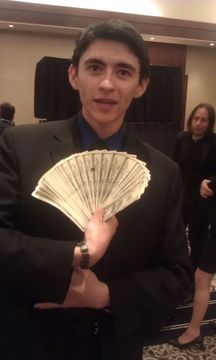 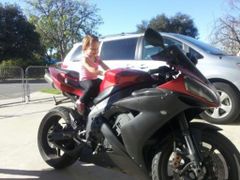 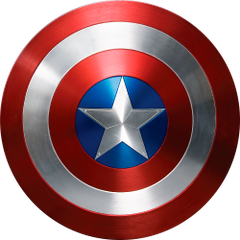