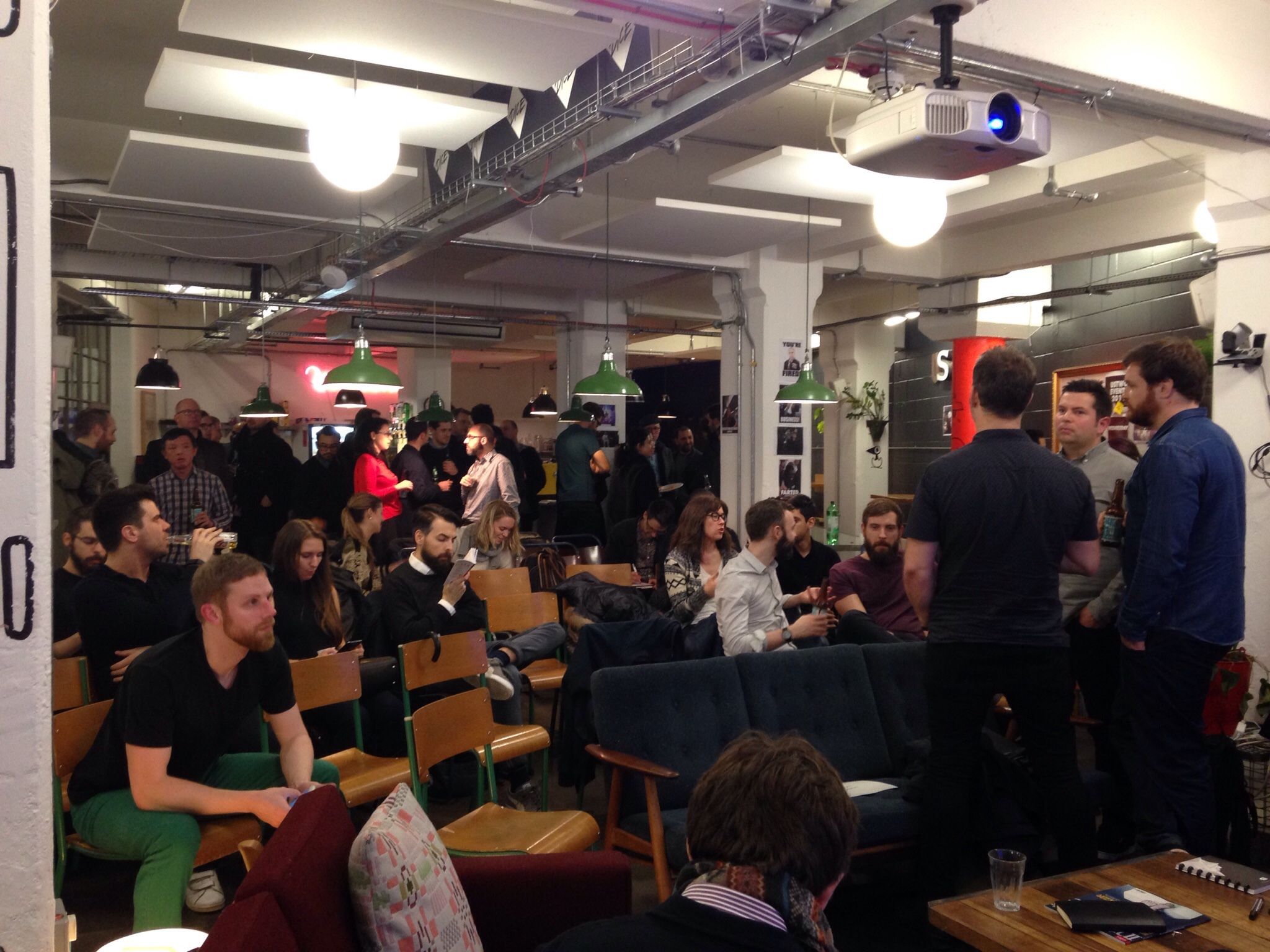 UsTwo inside the Tea building opposite Box Park. The entrance is on Shoreditch High Street.

We’re very excited to be coming back to the theme of designing for automotive UI. We covered a similar theme a few years ago, and want to see how things are changing.

We’ll be hosted by ustwo in the charming madness that is their offices, and hope to have some good discussion around this topic as well as some incredible insight from some real projects.

Are we there yet?— Digital first and lean design practices for automotive

The ustwo auto team will talk about their point of view on best practice when it comes to designing for the human-machine interactions within the car. They will demonstrate their thinking and methodologies through their own innovative in-car cluster concept that had the auto industry debating across the globe.

Duncan Brumby has published a body of research on in-car multitasking and driver distraction. This work has involved driving simulator studies to investigate how people interact with mobile devices while driving, and how the design of these devices might be improved for in-car use. He is currently leading UCL’s contribution to a major EIT-funded project that aims to make driving safer and healthier using unobtrusive wearable sensors to monitor a driver’s fitness-to-drive.

Harsha is an Interaction & Service designer with a professional background in Industrial design & engineering. He is a graduate from the Copenhagen Institute of Interaction design (CIID) and the Indian Institute of Technology (IIT), Delhi.

As part of the consultancy in CIID, he has worked with Toyota’s Kansei division on part of the ‘Window to the World’ project during 2012. Between[masked] he has worked with ‘Service Innovation labs’ in Berlin, solving for urban mobility issues (parking, car-sharing), for two of Germany’s largest car manufacturers.

As part of the core automotive team at ustwo, he has been in teams working on HMI and service oriented work with major automotive clients such as Ford & Toyota along with being involved in research work carried out at the University of Washington’s HCI+D department as of late.

Tim is a studio lead at ustwo with ten years of visual and interaction design experience as well as over 20 awards and honours to his name.

Tim is also known for his illustration work and ability to expertly translate brand into interactive digital designs. His client experience includes Sony PlayStation, Toyota, Ford, Samsung and the Science Museum, amongst others.

Recently, Tim has co-authored an automotive white paper and book which takes a deep look at how best to design for digital experiences and user behavior within the automobile. Since then, Tim has gone on to work on a number of innovative human-machine interaction projects with major car manufacturers as well as research groups and universities.

Thanks to the success of his automotive book, Tim was fortunate enough to be invited to Apple and meet with Jony Ive and his special projects team to discuss the future of human machine interfaces within the automotive space. He also had the chance to meet with Google’s Android Auto team during his time in San Francisco to discuss designing for driver distraction.

Since then, Tim has co-conceived innovative new concepts with the in-car cluster which gained much notoriety thanks to articles published in Wired, Engadget and many other industries blogs.

Duncan is a Senior Lecturer at University College London (UCL), where he directs the MSc program in Human-Computer Interaction ( http://www.ucl.ac.uk/pals/study/masters/TMSHCISERG06 ).

Thanks to UsTwo for hosting us at their lovely offices and to Futureheads for refreshments and drinks.