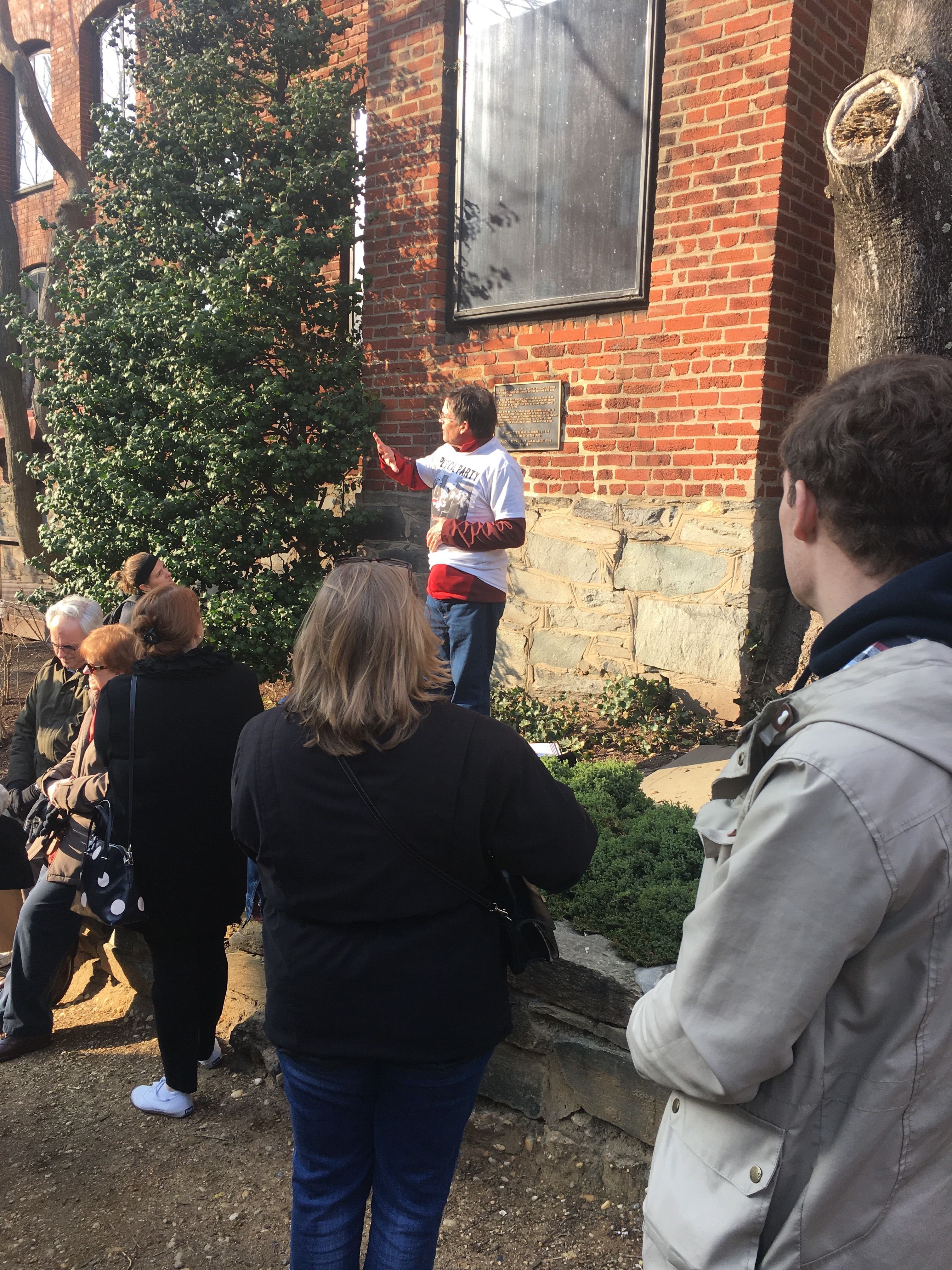 Meet in the Lobby of the hotel

August 24, 1814 was the worst day in the history of Washington, D.C., and perhaps of America. When much of the nation’s Capital was burned to the ground by a rampaging British Army, during the darkest period of the War of 1812.

When: Saturday, August 24, 2018, 5 pm
Where: Meet inside the lobby of Washington’s WILLARD Hotel, 1401 Pennsylvania Ave, N.W., D.C.
What: On the very anniversary of the capital’s destruction, this unique walking tour will detail the conquest of D.C. by the British, and their burning of the Capitol, the Treasury Building, and the White House, as well as their military actions in Alexandria, Georgetown, and Baltimore, and the general course of America’s “Second War of Independence”.

Length of tour: About 2 hours.
Cost: $15.
You must RSVP to attend: https://www.meetup.com/Washarea-Discovery-Hikes/

Our action-packed itinerary will draw from the following!:
• Begins in the lobby of the historic Willard Hotel, 1401 Pennsylvania Avenue, N.W.
• The burning of the Capitol and Supreme Court.
• The dramatic events at the Marine Barracks, the Navy Yard, & today’s Fort McNair.
• The wild Battle of Bladensburg, Maryland
• How First Lady Dolley Madison bravely faced the approach of the British.
• The unsung hero who saved the original Constitution and Declaration of Independence.
• The British march on Georgetown
• The still-standing federal building honoring federal military incompetents
• The British attack on Alexandria, Virginia
• The views on the war by a current Broadway star, Hamilton!
• President Madison, the only Chief Executive to lead America's troops in battle.
• The cowardly Secretary of War, and how a diplomat took over the War Department!
• The dilemma the war posed African-Americans: how and where blacks fought in the conflict.
• The amazingly motley army behind Andy Jackson's stunning victory at the Battle of New Orleans.
• How the war nearly caused the secession—of the North!
• The original war hawks, and doves.
• How volcanoes in Iceland affected the course of the conflict!
• The war’s twin hero Navy Commodores of Lafayette Square, and their mansion houses
• The foreign spy within the Army’s high command!
• How a valiant architect saved the invaluable inventions at the Patent Office.
• The mysterious Curse of the Washington Woman!
• The epic, follow-up Battle of Baltimore

Who: Your guide is a former writer for the “Tonight Show”, and ex-White House speechwriter, the writer of the book on the history of presidential politics, The Two-Term Jinx!:
https://www.amazon.com/Two-Term-Jinx-Presidents-Washington-Theodore-Roosevelt/dp/1530790514

Our tour on TripAdvisor:
https://www.tripadvisor.com/Attraction_Review-g28970-d12791843-Reviews-Lafayette_Square_Tour_of_Scandal_Assassination_Intrigue-Washington_DC_District_of.html
Our tours’ Facebook link: https://www.facebook.com/LafayetteSquareTourOfScandalAssassinationIntrigue/
All 75 of our tours at!:
https://www.meetup.com/Washarea-Discovery-Hikes/

You must RSVP to attend.

Relive the Royal Marines’ bloody rampage around the streets of our own Washington.