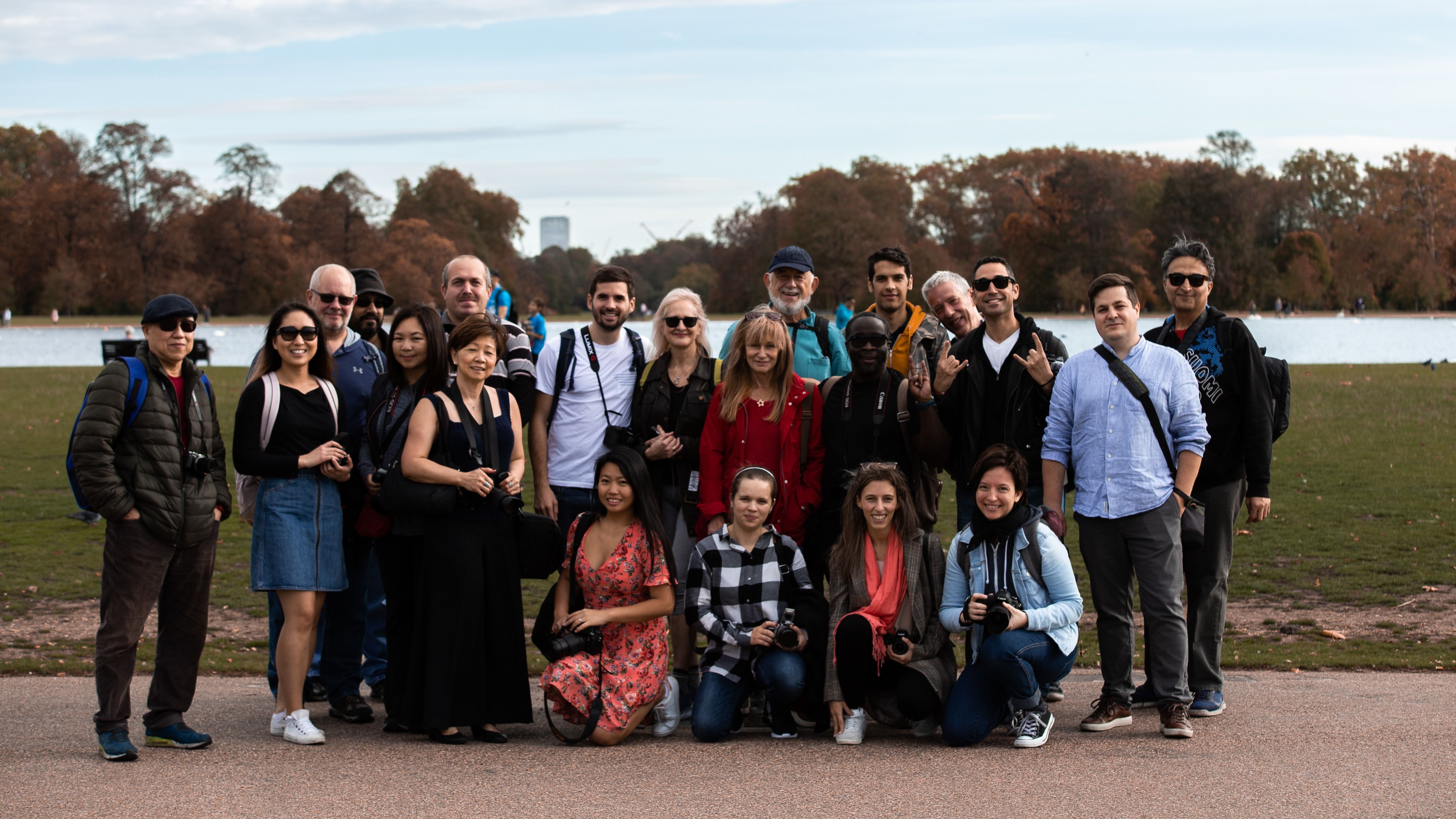 Join us as we visit one of the photographic jewels of mediaeval England, the picturesque Bodiam Castle in West Sussex!

Built in 1385, to help protect against invasion from the French during the Hundred Years War, this impressive example of a moated castle provides us with plentiful compositional opportunities to take advantage of the beautiful symmetrical reflections available in the wide moat.

We'll also explore within the castle walls and ascend the towers to admire the view of the surrounding countryside. Our visit will be timed so we can take advantage of being able to photograph the exterior after the tourists have left, allowing us to capture some iconic shots that would be difficult otherwise. We'll also visit 13th century Bayham Abbey, a secluded and little known ruins along the Sussex-Kent border.

Bodium Castle:
"Set in the heart of an historic landscape, with spiral staircases, battlements and a portcullis, 14th century Bodiam Castle is one of Britain's most picturesque and romantic ancient monuments. Windows where arrows were once loosed, a tower that was once a look-out and ruins that were once walked upon by knights; this is a place where you can relive your childhood memories and let your imagination run riot.
In the impressive gatehouse is the castle's original wooden portcullis, an extremely rare example of its kind and, beyond into the courtyard, enough of the interior ruins survive to give an impression of castle life."

Bayham Abbey:
Bayham Abbey was built from local sandstone in the first half of the 13th century and the ruins includes much of the church, the chapter house, and a picturesque 14th century gatehouse. By the 15th century the original design had been enlarged. Steeped in history, the abbey was suppressed by Cardinal Wolsey in 1525 in his attempt to gain funding for two of his new colleges, before falling into the hands of King Henry VIII in 1538.

Included:
Entry to Bodium Castle and Bayham Old Abbey.
Travel to and from central London (from Starbucks, Unit 1A Euston Tower, NW1 3DP), in our comfortable 8 seater vehicle, including a TV featuring videos about our tour subject and hand selected photographic magazines to learn from and inspire en route.
Photographic tuition.
Camera and lens setups to borrow if required (bring a blamk SD card)
Battery charging facilities if required (just bring your USB or wall plug charger)

Note: Please dress for the weather. Hat, sunscreen, etc. It is England after all, so bring a light waterproof jacket/umbrella just in case and wear appropriate footwear for walking.

Where we'll meet:
We'll meet at Starbucks Coffee, Unit 1A Euston Tower Podium, Regents Place, London NW1 3DP, at 8.40am (opens at 8.30am) and we'll talk about what to expect on the day and to go through previous photos and discuss settings, composition, etc.
We'll be leaving Starbucks at 9am and expect to return back to London between[masked]pm.

Please make sure you check TFL to arrive at the meeting point on time as we will have to leave exactly at 9am sharp. Unfortunately, due to having to purchase the tickets, refunds will unable to be given if you are late, hence our meeting time is a full 20 minutes before our departure. Please be sure you can attend before RSVPing yes, as refunds can only be given if your place is taken by another participant. Thank you.

Note: This event is combined with 2 other photography Meetup groups that I run so I'll update RSVP numbers accordingly (ie myself +3 will mean 3 members from the other groups attending).