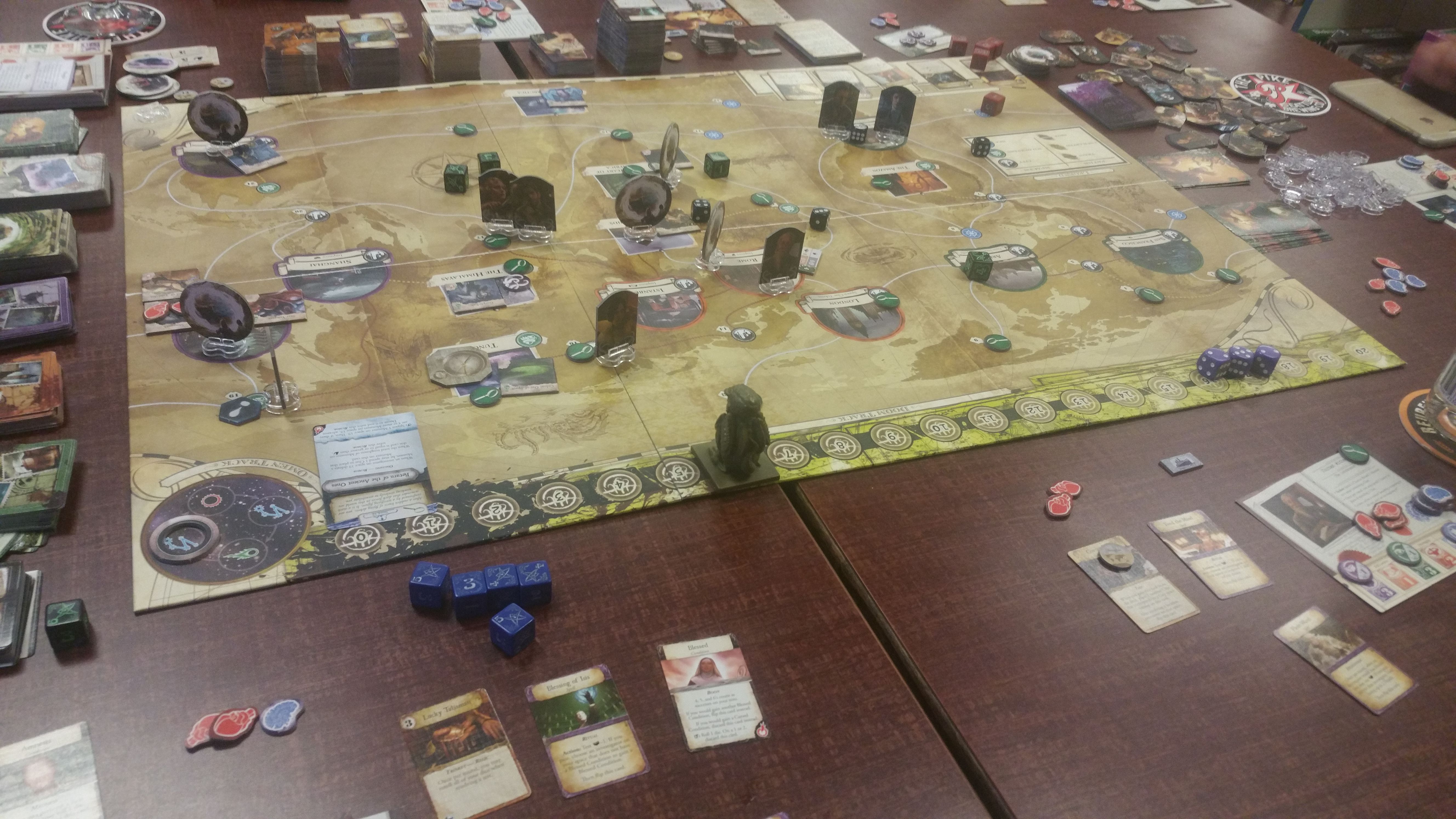 Every week on Monday

Around the Table Gamer Pub

Get your EDH on with Around the Table's Monday Night Casual Commander League!

Have a Magic the Gathering commander deck, but don't know how this all works? It's super simple.

Every Monday Night, participants are randomly paired with other players into 3 to 5 player groups. These are your opponents and you will play two matches with them. For each win in the multiplayer battles, you get a point! But you will also vote after the matches for your favorite deck you played against. That play also gets a point!

The player with the most points at the end of every month net a big prize that is often different each time, like a booster box or Commander Anthology set. The cost of entry is either $10 for the month, or $3 for that singular week if you are late but want to play, all of which entirely goes towards prize support.

Awesome, right? Right. So drop by, play a few games and join the conversation in our Magic fans at Around the Table Facebook Group: https://www.facebook.com/groups/122486978418399