"Blues is blues. Jazz is jazz. "Music" contains a substantial element of one or the other or both". Hear Blues-Jazz-RB, rock, live around town. Mix in some Rock, Southern Country and Classical, and you have a Music Cocktail. There's so much talent in this town, and interesting cafes with live music. , experience jazz lectures on the greats, and movies on the big screen about musicians. ,, do some two-step country dancing....., hear some great rock tribute bands.... if you hear of an event, let us know, we may post it. Let's hear and dance to blues & jazz, r&b, country & rock!

****1. You need to find the organizer at the event.,and sit with us. That's the purpose of this meetup to go together. Ask reception for Danish / Meetup Tables. They will show you where we are.

****2. Also, if you RSVP and do not notify me that you are now not going, you will be removed., because you are taking someone else's space that would be go.

****3. If you do not show, even notifying me, 3 times ever, you will be removed. Again, you are taking a space that someone else would take more seriously.

KISS is an American Hard Rock band from New York City, New York. Formed in January 1973, the group originally included rhythm guitarist and vocalist Paul Stanley, bassist and vocalist Gene Simmons, lead guitarist Ace Frehley and drummer Peter Criss.[1] Songwriting is typically led by Stanley and Simmons, who also perform the majority of lead vocals, although all members regularly contribute.[2] The band's self-titled debut album featured only one songwriting credit for Frehley and Criss (on "Love Theme from Kiss", written by all four members), as well as a cover version of Bobby Rydell's "Kissin' Time".[3] Frehley wrote or co-wrote three songs on Hotter than Hell,[4] and two on 1975's Dressed to Kill.[5] For Destroyer, the band worked closely with producer Bob Ezrin, who was credited for songwriting on seven of the album's nine tracks.[6]

All the music and over-the-top-ness you expect. You know you want to go! Best KISS tribute band in all of South Florida.

Full service bar only steps away from the stage. Large menu of appetizer and dinner specials. Have dinner/drinks/appetizers under the stars and the black & white tables OUTSIDE.

If you like the Rolling Stones and the blues-based music that they learned from, come out to Galuppis. Great band, and OUTDOOR VENUE, causual atmosphere with dancing. The perfect night! Roll The Stones returns to rock you with a Tribute to The Music of The Rolling Stones on the Greens.
Here's the write-up: This is a great show based around the hall of fame songwriting team of "The Rolling Stones" - NOT a look-a-like band or a Rolling Stones clone. This band is all about putting on a super high energy rock & roll show! Influenced by Blues, R&B, R&R and all great music from the decades. The eight-piece ensemble is comprised of the cream of the crop of South Florida session and performing musicians. The band members are seasoned veterans of the South Florida Music Scene appearing on many hit recordings and have played in bands with such stars as Wilson Pickett, Rick Derringer, KC and the Sunshine Band, Bob Marley. Sharing the stage with legendary acts such as The Police, Joan Jett, U2, Chicago, Blood, Sweat & Tears, The Romantics, Gilby Clark, Johnny Depp and many more world-wide recording artists. See them recreate the excitement of the legendary stadium tours. This is a butt kickin' show featuring all the big hits and a wide selection of rarities sure to please casual and hard-core Stones fans alike!
***Order dinner, drinks, appetizers with us out at the white & black tables, watch the show OUTSIDE under the stars

OUTDOORS EVENT (Soultracks.com- March 15, 2021) In a year that has already taken too many musical lives, today we say goodbye to Lead guitarist supreme Jeffrey Reeves of KC and the Sunshine Band. For many years, the Cleveland native and Fort Lauderdale transplant has been one of the bright lights in a band that brought plenty of shine to the world.

One of his close friends posted today on Facebook, “I don’t think he ever met a person that didn’t fall in love with his inspiration, kindness and love for everyone and everything.”

At the peak of the disco rage, few acts made more of a splash than Miami-based KC and the Sunshine Band. Creating a series of hot upbeat songs highlighting tight instrumentation and lead singer Harry KC Casey's largely processed vocals, they amassed an amazing collection of top ten hits and a level of success that keeps them touring successfully to this day.

The first few songs, "Blow Your Whistle" (September 1973) and "Sound Your Funky Horn" (February 1974), were released as singles, and had limited impact. However, a side project writing and producing music for George McCrae took Finch and Casey's "Rock Your Baby" and made it a hit in mid-1974, selling 11 million copies worldwide. The band's "Queen of Clubs" was a hit in England, and they went on tour to England in 1975 off that success.

With the release of the self-titled triple platinum second album KC and the Sunshine Band in 1975 came the group's first major US hit with "Get Down Tonight". It topped the R&B chart in April and the Billboard chart in August. "That's the Way (I Like It)" also became a number one hit in November 1975 and the group did well at the 1976 Grammy Awards. The 1976 album Part 3 yielded three top 5 singles: "I'm Your Boogie Man", "(Shake, Shake, Shake) Shake Your Booty" and "Keep It Comin' Love". Their success lasted until the fifth album and[masked]; their last chart topping hit was "Please Don't Go" in December 1979, hitting #1 for one week in January 1980, and becoming the first #1 hit of the 1980s. With the declining popularity of disco, the group explored other styles and changed labels, joining Epic Records in 1980 after TK Records went bankrupt.

In 1981, the partnership between Rick Finch and Harry Wayne Casey came to an acrimonious end. Casey began recording as a solo artist, and in 1982 scored a hit track called "Give It Up," an infectious dance tune that was arguably one of his finest compositions. It was his last hit, as changes in the musical landscape and substance abuse problems led to Casey's retirement from the music business in the mid-80s.

A revival in the interest of disco music in 1991 brought a now health-conscious Casey out of retirement. He reformed the group with entirely new members and began touring once again, with Reeves becoming a crowd favorite. The group has continued to tour ever since, and even recorded on occasion. Reeves served as arranger for the group’s 2015 Christmas album.

So much love from the musician community shows what Jeffrey Reeves meant to them as a musician and a person. May he rest in peace.
Musicians from popular south Florida bands who have played with Jeffrey over the decades will perform on Galuppi's large outdoor stage overlooking the Pompano Greens. **OUTDOOR EVENT***There will also be a slideshow. Together, we will mourn and celebrate his life.

** message Izabella on this Meetup for ticket.*****BROTHERS AGAIN, A Celebration of the ALLMAN BROTHERS. Again, this southern rock music got its roots from the Blues music permeating in the south. ‘Brothers Again’ band is committed to playing the music of ‘The Allman Brothers Band’ with authenticity, passion and respect. See & hear your favorites played live by this great tribute band. In the beautiful Dania Beach Casino, on Stage 954, a special auditorium, roomy and GREAT VIEWS FROM ANY SEAT.

(wikipedia.com) Gregory LeNoir Allman (December 8, 1947 – May 27, 2017) was an American singer-songwriter and musician. He was known for performing in the Allman Brothers Band. Allman grew up with an interest in rhythm and blues music, and the Allman Brothers Band fused it with rock music, jazz, and country at times. He wrote several of the band's biggest songs, including "Whipping Post", "Melissa", and "Midnight Rider". Allman also had a successful solo career, releasing seven studio albums. He was born and spent much of his childhood in Nashville, Tennessee, before relocating to Daytona Beach, Florida and then Richmond Hill, Georgia.

He and his brother, Duane Allman, formed the Allman Brothers Band in 1969, which reached mainstream success with their 1971 live album At Fillmore East. Shortly thereafter, Duane was killed in a motorcycle crash. The band continued, with Brothers and Sisters (1973) their most successful album. Allman began a solo career with Laid Back the same year, and was perhaps most famous for his marriage to pop star Cher for the rest of the decade. He had an unexpected late career hit with his cover of the song "I'm No Angel" in 1987, and his seventh solo album, Low Country Blues (2011), saw the highest chart positions of his career. Throughout his life, Allman struggled with alcohol and substance abuse, which formed the basis of his memoir My Cross to Bear (2012). His final album, Southern Blood, was released posthumously on September 8, 2017.
Allman performed with a Hammond organ and guitar, and was recognized for his soulful voice. His distinctive voice placed him in 70th place in the Rolling Stone list of the "100 Greatest Singers of All Time". 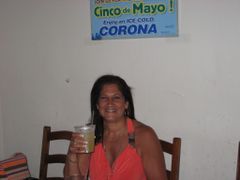 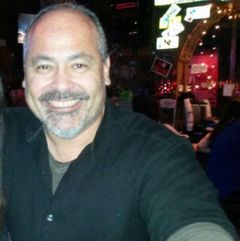 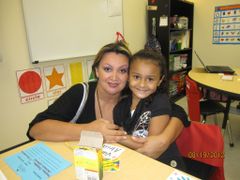 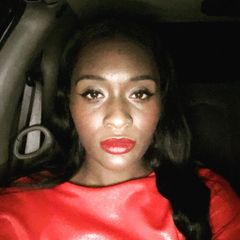 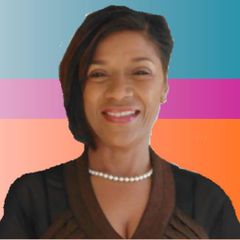 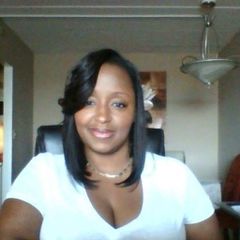 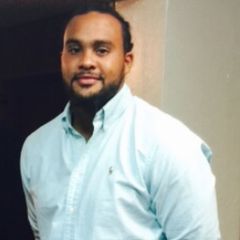 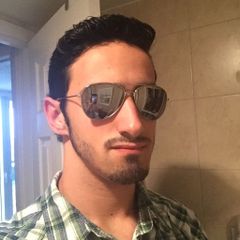 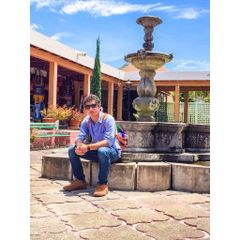 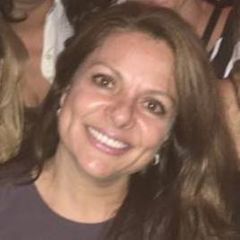 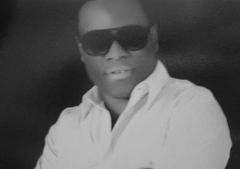 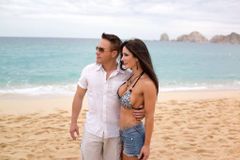 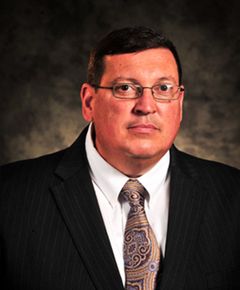 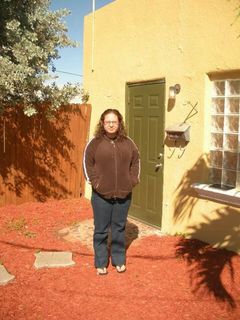