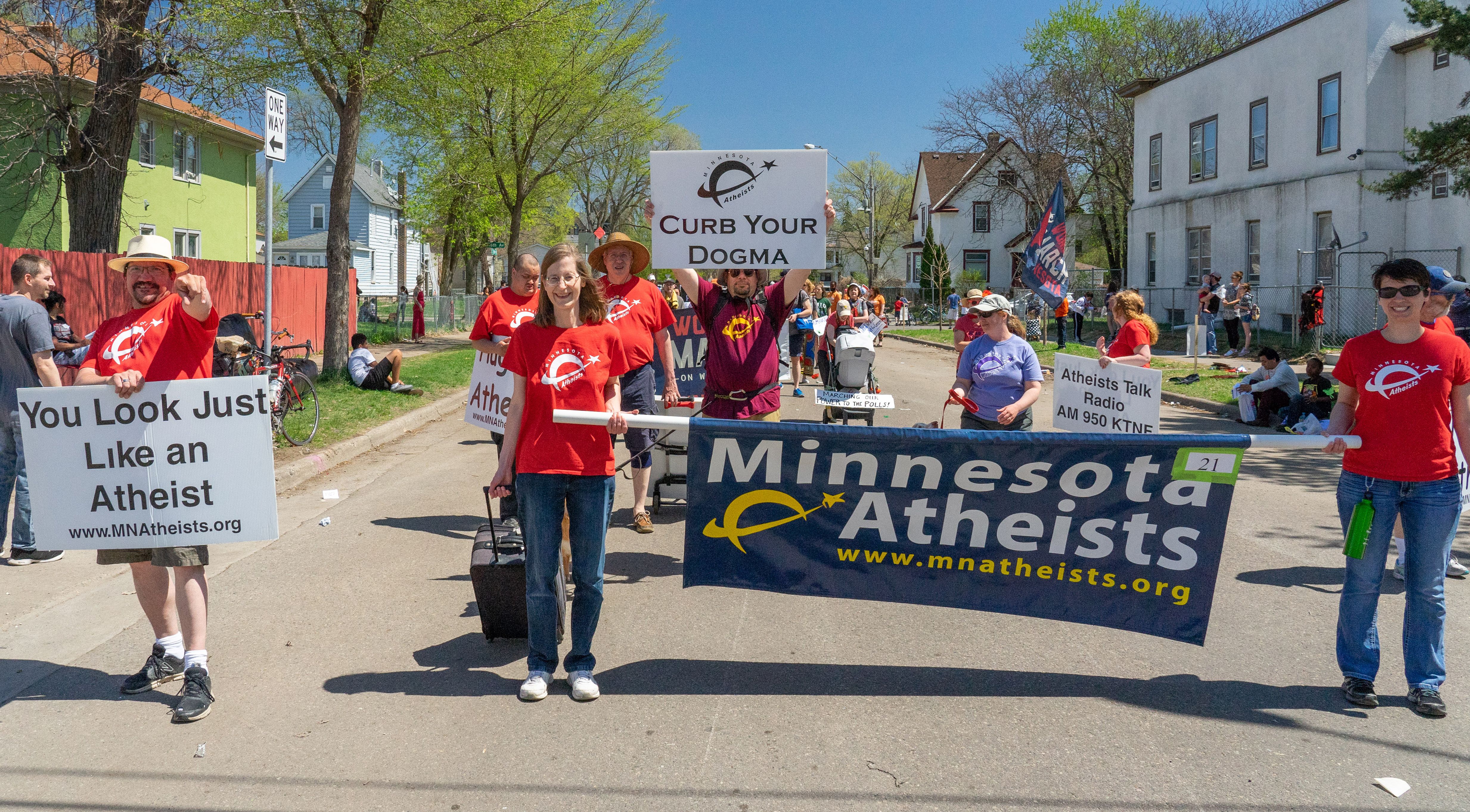 We will be in the Rotunda of the State Capitol

Minnesota Atheists will be hosting a candidate forum for those running for Governor, US Senate, US House of Representatives, Secretary of State, and Attorney General. We have invited all candidates to answer the following question at the forum, either themselves or an official campaign representative authorized to speak on their behalf:

How will your personal views on religion be separated from how you administer our secular government?

Our opening speaker will be Evan Stewart, a doctoral candidate in the department of sociology at the University of Minnesota. His dissertation work examines the political impact of the growing non-religious population in the United States.

We will test the draw of the secular voter that has been on the rise in the past number of years. We will have candidates representing each of the major parties and their views may agree or be in great variance with the secular voter on state church separation and in their personal religious views. We ask attendees to be respectful as this may be a new experience for some candidates to speak in front of our unique forum. W encourage attendees to bring their home made paper signs, Capitol rules do not allow signs on sticks or poles. We ask they not be partisan but about the secular or atheists voter and separation of government and religion.

If you support any particular candidate for one of the mentioned offices, please contact them and request they participate in our forum and remember to thank them if they agree.