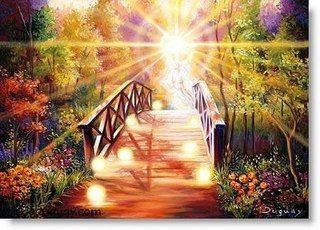 Admission for this special event is only $10.00 at the door. Cash only please.

LaMont will also offer private readings after the lecture. Details at the end of this announcement.

Whenever there is talk of spiritual gifts, there are several things to keep in mind:

*The overall existence of 'spiritual' gifts is that they're a gift from God and some people are called out for special attention or duty in their life that they may not be aware of.

*These gifts are given to be used in your daily life to help others as-well-as yourself.

*Anyone who receives a spiritual gift is responsible for how the gift is used and the development of that gift.

*All gifts are to be used in a way which builds up your community as a whole and each member in it, and the wider community it is inside of, as an expression of positive love & energy.

*When embracing your Spiritual gifts, the Higher-self will produce love, joy & happiness in your life that reflects the content and character of your work.

If you have always been curious about the world of the paranormal, interested rather than scared at the thought of ghosts and a life after death, weirdly aware of people and unusually good at guessing, then perhaps you could seriously consider the possibility that you could be psychic?

A psychic is described as someone who has the ability to receive information through ESP – extrasensory perception – that is, not using the senses that most of us use to understand the world.

The world is divided into two groups of people – those who believe in ESP and in psychic phenomena and those who don’t.

If you do believe in ESP and furthermore, think you might be blessed with these unusual skills, how can you tell? This lecture will address and clarify a lot of misunderstandings about what is a "Gift" and how your personal abilities affect those around you without your knowledge.

LaMont has been working professionally as a Psychic Clairvoyant for over three decades and is considered one of the world's top Clairvoyants with guest appearances on radio shows and websites around the world. He believes that it is time for everyone to come forward and claim their Spiritual gifts and to overcome any hardship that they have faced in their own lives and advance their Spiritual growth with care, consideration,
compassion and empathy so that they see that there are no accidents in the Universe since many of these experiences define what our gifts will be later in life.

Starting at the age of 8, LaMont began having clairvoyant visions after his father went missing-in-action in Vietnam in 1966 as a pilot and was later captured. His visions and "knowing" at that time became a road-map for a Spiritual Quest in his life to communicate with, and later bring home his father. In 2006, after 40 years of developing his gifts and following his Spiritual (Karmic) Contract, he was able to bring his father home for burial and has now been called forth by the Angels to teach others his sacred knowledge.

LaMont’s psychic gifts were evident throughout his earlier work with animals, through healing and communication. It has always been shown that he's a natural psychic and desires to focus the power and use of his gifts to help those in need and to bring greater understanding to their lives.

Through this lecture, he will share his insight in identifying your natural gifts and helping you focus your life so that you can attract more Love, Joy, & Harmony into your future and to remove the blockages or limitations that keep you from your bliss.

LaMont is an Ordained Minister, Reiki Master, Healing Practitioner, Registered Hypnotherapist, and has accredited qualifications in Counseling, Biofeedback, and holds multiple Degrees in each of the fields of Business, Psychology, and Education and has worked in the Paranormal field full time for over 25 years. His Professional work is recognized & respected all over the world as a top Clairvoyant/Psychic along with his predictions which are commonly translated into several different languages.

*LaMont only has enough time for two readings after the lecture on Saturday. After these are filled, we will possibly schedule a few on Sunday at a different location.

Schedule your reading directly with me (MikeM) through this site. You may pay in cash only the day of the reading or in advance through LaMont's website here (http://worldpsychic.org/services-consultation/). Please do not pay in advance until after I have confirmed your appointment time. Please contact me with any questions.

LaMont will also be offering mini readings and a gallery style reading session at the 2012 Galactic Expo.