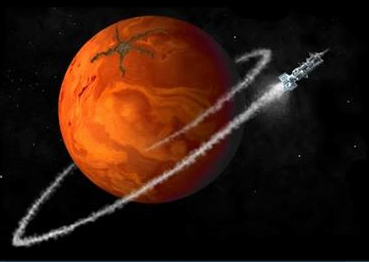 If you are coming North or heading South on the 5, take the Eulcid St offramp North. The restaurant is just a little way North of the Freeway. You can also head south on Euclid from the 91.

He is a founding member and Fellow of the International Association of Astronomical Artists (IAAA), which was formed in 1981 and received an Emmy award for his visual effects work on the Cosmos miniseries in 1980.

In 2004 Rick initiated Space Model Systems, an outgrowth of his space and science fiction art studio operation, which has been dedicated to providing unique model and art products to the space science educator, collector, or hobbyist.

Most recently, Rick was included in the special committee advising the National Air & Space Museum on the restoration and conservation of the eleven foot Starship U.S.S. Enterprise filming miniature.

You can see further details of our club at website (http://ocsfc.org/)