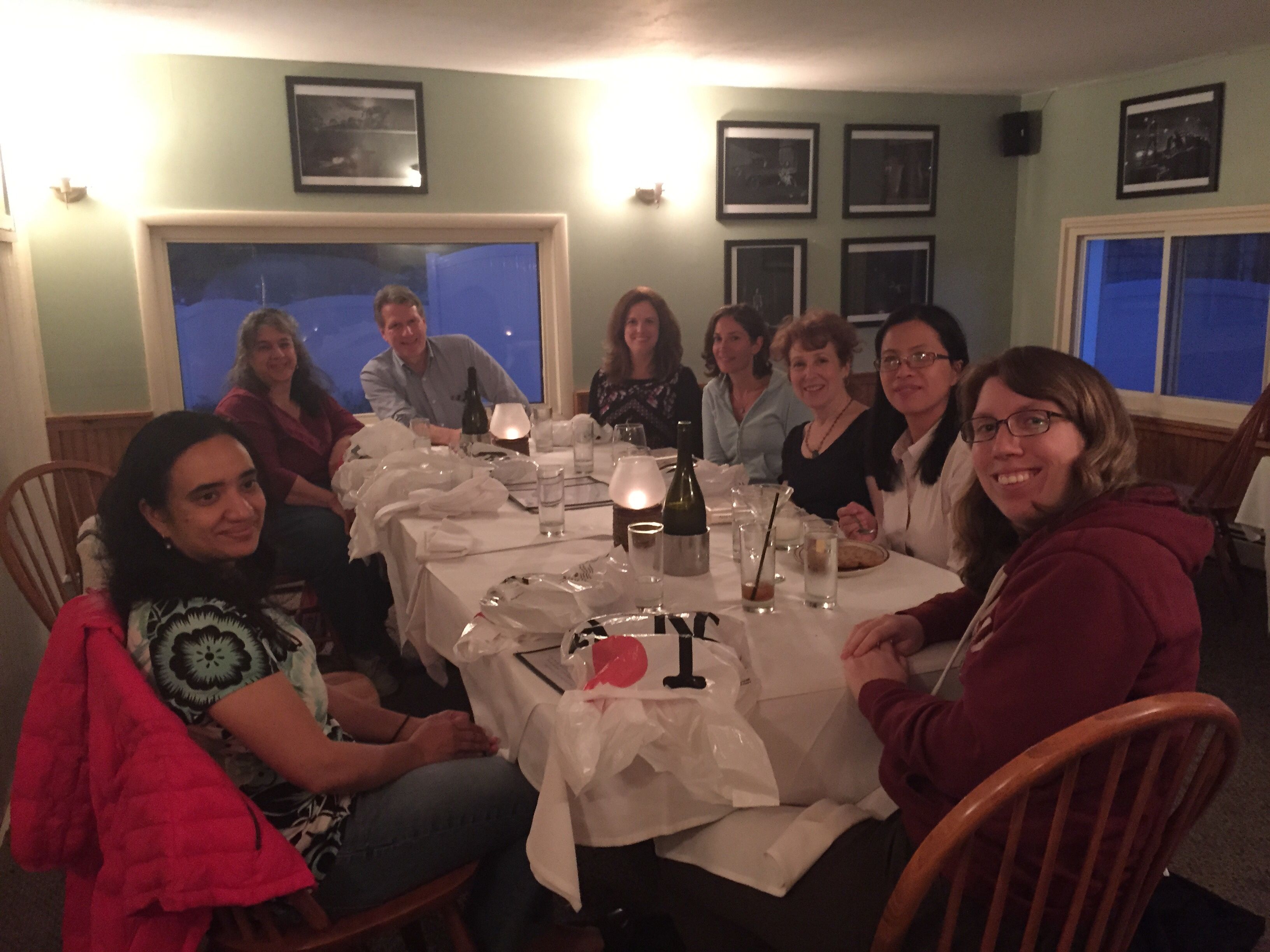 For August we will read: The Alice network by Kate Quinn
I am posting this early as it is on the longer side.

Change of location: We will now give Kobu's in Mahopac a try, they have a lovely covered patio overlooking the lake, so I hope we can sit out there.

IMPORTANT: As our group gets bigger it is harder to hold a focused book discussion, I ask therefore that all that attend be prepared to talk about the book, and will respect others opinions by allowing one person at a time to speak and not split off into sub conversations. If necessary I may need to split the group into two for the book discussion, but would rather not if the venue and group allows. As always we will have plenty of time to socialize before and after the book discussion.

A reminder about RSVP'ing. Please be considerate to others and don't hold a spot if you are not sure about attending, as changing to a no last minute does not allow people on the waiting list enough time to read the book. Please also make sure to modify your RSVP no later than noon the day of the meetup so I can give the restaurant an accurate head count.

n an enthralling new historical novel from national bestselling author Kate Quinn, two women—a female spy recruited to the real-life Alice Network in France during World War I and an unconventional American socialite searching for her cousin in 1947—are brought together in a mesmerizing story of courage and redemption.

1947. In the chaotic aftermath of World War II, American college girl Charlie St. Clair is pregnant, unmarried, and on the verge of being thrown out of her very proper family. She's also nursing a desperate hope that her beloved cousin Rose, who disappeared in Nazi-occupied France during the war, might still be alive. So when Charlie's parents banish her to Europe to have her "little problem" taken care of, Charlie breaks free and heads to London, determined to find out what happened to the cousin she loves like a sister.
1915. A year into the Great War, Eve Gardiner burns to join the fight against the Germans and unexpectedly gets her chance when she's recruited to work as a spy. Sent into enemy-occupied France, she's trained by the mesmerizing Lili, the "Queen of Spies", who manages a vast network of secret agents right under the enemy's nose.
Thirty years later, haunted by the betrayal that ultimately tore apart the Alice Network, Eve spends her days drunk and secluded in her crumbling London house. Until a young American barges in uttering a name Eve hasn't heard in decades, and launches them both on a mission to find the truth...no matter where it leads.
“Both funny and heartbreaking, this epic journey of two courageous women is an unforgettable tale of little-known wartime glory and sacrifice. Quinn knocks it out of the park with this spectacular book!”—Stephanie Dray, New York Times bestselling author of America's First Daughter

Putnam and Beyond Book Club