Hosted by
Marion and Josh S. 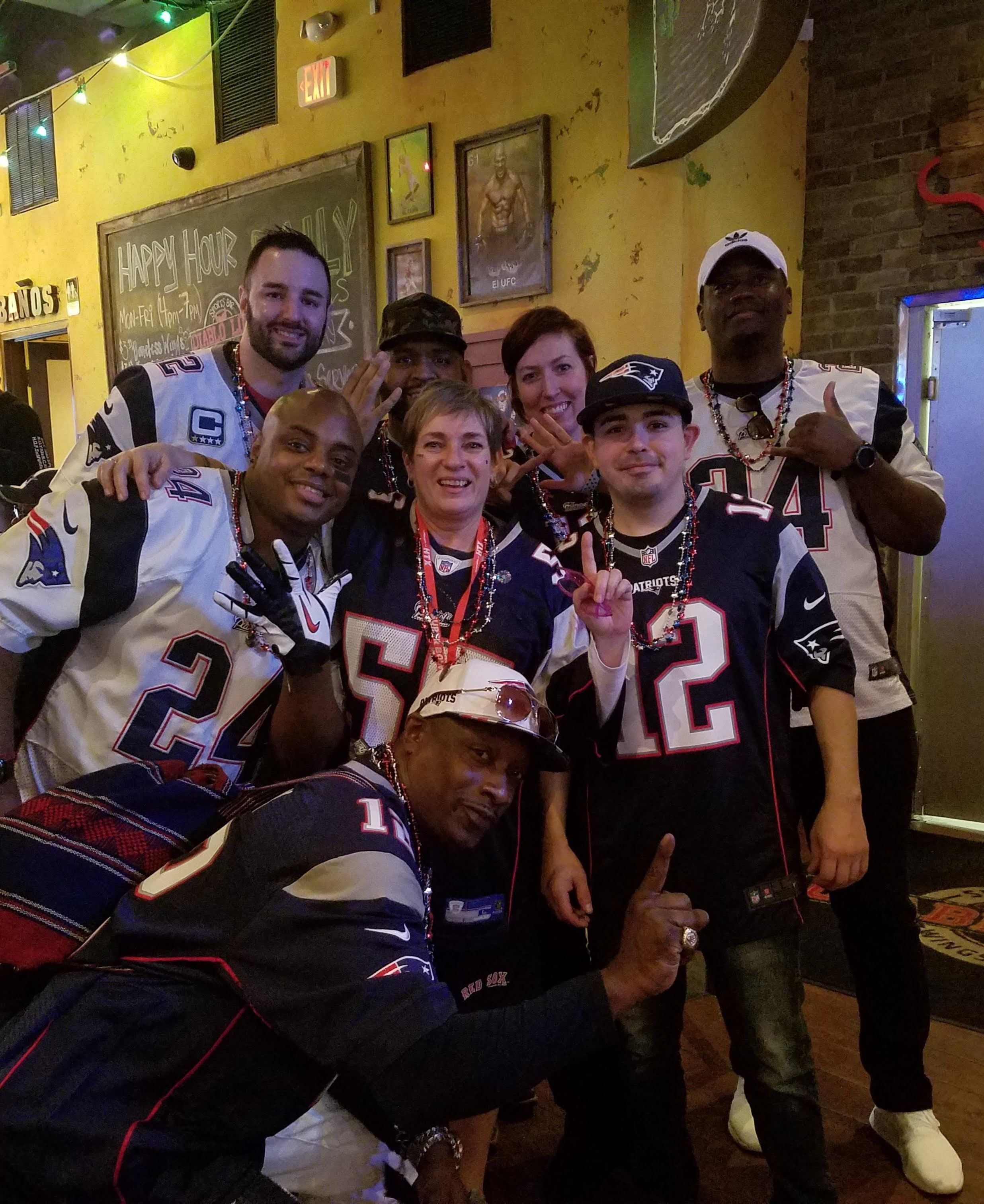 Join the Patriots Fans of Houston at Diablo Loco for our watch party's this season. We are Houston's Official New England Patriots fan club affectionately dubbed Foxboro South by the Boston Globe during Super Bowl LI. The club meets weekly during the season at one of three locations, but we are headquartered at Diablo Loco. You can expect drink specials throughout the game, plenty of high fives, and more specials when the Pats score. We often do raffles for cool Pats themed memorabilia with majority of proceeds going to local charities. Whether you're a New England transplant looking to watch with and meet other New Englanders or you're just a Pats fan; you won't find any place better to celebrate a Pats victory in Houston.