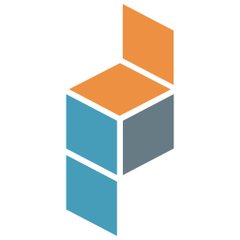 Organized by NumFOCUS, I.


PyData Chicago is a monthly meetup to discuss all things python (https://www.python.org/) and data! Our meetup is currently virtual, hosted on Zoom. We usually meet on the last Thursday of the month.

All meetups are recorded and posted on PyData's YouTube channel (https://www.youtube.com/user/PyDataTV/) 1 week after the event -- unless the speaker does not want to be recorded. Presentation decks, code and other artifacts from the meeting are also shared with all attendees subscribed to the Meetup event 1 week after the event -- with the permission of the speaker.

The PyData Code of Conduct (http://pydata.org/code-of-conduct.html) governs this Meetup. To discuss any issues or concerns relating to the code of conduct or the behavior of anyone at a PyData meetup, please contact co-organizer Rebecca BurWei via Meetup's message feature.

PyData is an educational program of NumFOCUS, a 501(c)3 non-profit organization in the United States. PyData provides a forum for the international community of users and developers of data analysis tools to share ideas and learn from each other. The global PyData network promotes discussion of best practices, new approaches, and emerging technologies for data management, processing, analytics, and visualization. PyData communities approach data science using many languages, including (but not limited to) Python, Julia, and R.

Bio:
Michael McCourt was a Chicago resident for many years, first doing undergrad at the Illinois Institute of Technology and later some time as a postdoc at Argonne National Laboratory. In between, he finished his PhD in Applied Mathematics at Cornell, and he has been focused on research related to positive definite kernels, Gaussian processes and associated theory and applications. In 2015, he moved to the startup life, joining SF-based startup SigOpt as a research engineer to work on the black-box optimization algorithms underlying their SaaS platform. SigOpt was acquired by Intel in 2020, and Mike still works on SigOpt from within Intel as a senior principal engineer. He is thrilled to be able to speak to the data science community in Chicago and looks forward to meeting everyone!
Web: mikemccourt.github.io