the imagination of what's not-so, is always so; what’s describing this description, can not be described, and is nevertheless described

if your clever "nondual mind" followed that^ word salad with other accurate though inaccurate interpretations, such as 'we’re the descriptions or describing-activity of it',... then that’s that

no push ever actually comes to shove in timelessness, which can only be dreamt as causality, when the illusion of bondage/ignorance apparently happens. real & unreal are not two; hence this message, an impersonal & directionless pointing, truly has no value for the individual, which may continue to struggle with it or seem to benefit from it or both/none. as boundless & bound are not distinct, the individual cannot find out why (not how) it certainly seems to be there, and never gets that it isn’t really there.

while what’s never lost is therefore never found, what perhaps can be found is the nonexistence of the false reference phantom, aka the person, caught up dead in the magnificently futile act of trying to find. stillness is “prior” to any activity which tries to produce it. and that’s why the goal disputes, dispels, and dismisses the entire dream-story of the heroic journey of its attainment. when the intimation of being nothing (not-a-thing) and nowhere is obvious, all that remains is everything and everywhere

labels like THIS, presence, absolute, awareness, etc. become experientially valid, as the appearance of personal realizations broadens & deepens. these conceptions of (mis?)understanding are not the ultimate reality, and are yet not separate from it. one biased but delightful resolution to this paradox, is the utter dropping away of the perennial need to resolve it: for someone, anyone, or even so-called 'the one'. total and unmistakable loss of interest in the desire to be liberated, beyond reason.

perhaps we neither doubt nor transcend separation, because there already isn’t any! 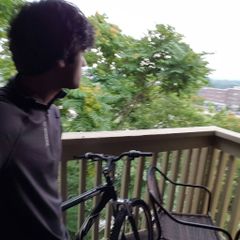