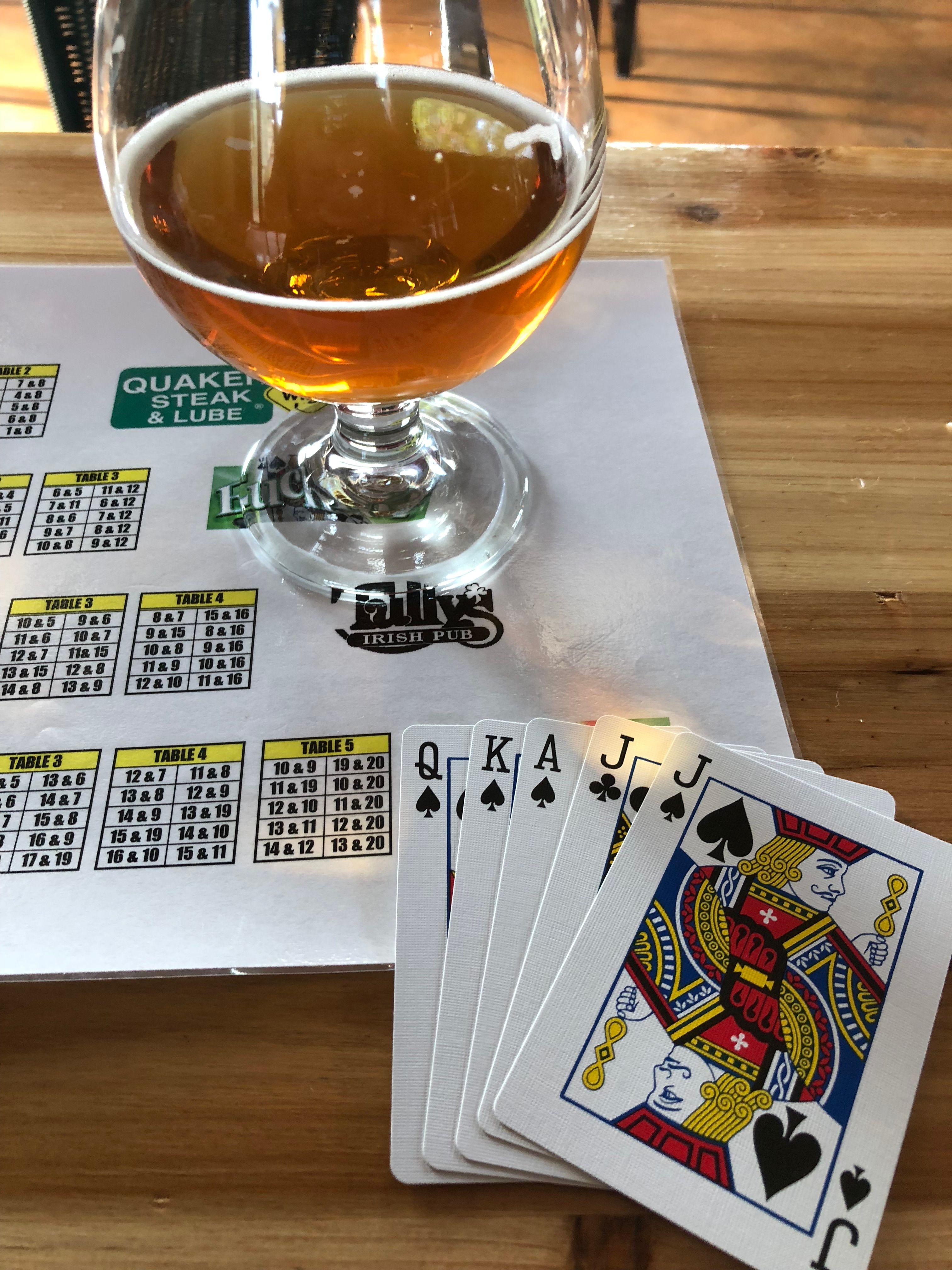 Look for us in the Tap Room.

This is a fun group of Euchre Players who've come together and are having a great time playing cards at Pinellas Ale Works ( www.pawbeer.com) each Tuesday evening at 6:45 p.m.!

EUCHRE TOURNAMENT CONCEPT
Each euchre player will score with a partner each of 5 rounds or games (8 hands or deals to a game with each player dealing twice), partners change after each game. The tournament is not played as teams, given changing partners but scores are kept individually by each player. Individual score sheets are provided. Along with each deal or game score, please note partner's name for each round in the space provided on the score sheet. Score sheets are turned in at the end of the tournament. It's actually super easy to use these score sheets. If you have any questions about scoring, please ask one of the organizers.

Scores tallied, winners announced, and cash prizes awarded in accordance with how many Euchre players played that evening:

Low score gets their $2 entrance fee back.

ALL monies collected for entrance fees and Euchre fines are awarded back to the players.

Join this group and come out and play Euchre with us on Tuesday nights, 6:45 p.m. at Pinellas Ale Works!

PS... If you've previously signed up to play but your situation changes, please use the meetup site to cancel. Persistent "No shows" will be removed from the group.