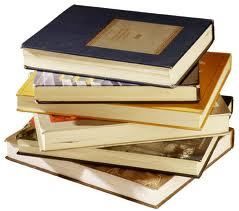 Every 2 months on the 1st Sunday

We meet in the Dallas room on the 2nd floor.

Say Nothing: A True Story of Murder and Memory in Northern Ireland by Patrick Radden Keefe
Nearly 4,000 people were killed in the Troubles in Northern Ireland between the late 1960s and the 1998 Good Friday Agreement, as violent tensions flared between mostly Catholic republicans, who sought unification of Northern Ireland with the Republic of Ireland, and a mix of Protestant paramilitaries, police, and British army forces arrayed against them. People died in shootings and riots and bombings. They were killed in internecine struggles, or while guarding military posts, or while simply going about their daily lives in Belfast.
But a small number, fewer than 20, were “disappeared,” a technique more associated with right-wing South American juntas than with Northern Irish guerrillas. One night in December 1972, masked militants entered a flat in Belfast and abducted Jean McConville, a recently widowed mother of 10. The kidnappers told the children she’d be back soon, but McConville was never seen again. Her body was not found until 2003, and her murder has never been officially solved.
Patrick Radden Keefe’s new book, Say Nothing: A True Story of Murder and Memory in Northern Ireland, presents itself as a detective story: a quest to figure out who killed McConville and why. After the Good Friday Agreement, Boston College created an archive of oral histories of the conflict, which was intended to be sealed until the interviewees were dead. Two of the interviews, with the former Irish Republican Army members Brendan Hughes and Dolours Price, discussed the murder in detail. Keefe was able to work from transcripts of interviews with both Hughes and Price, who had died by the time he wrote the book.