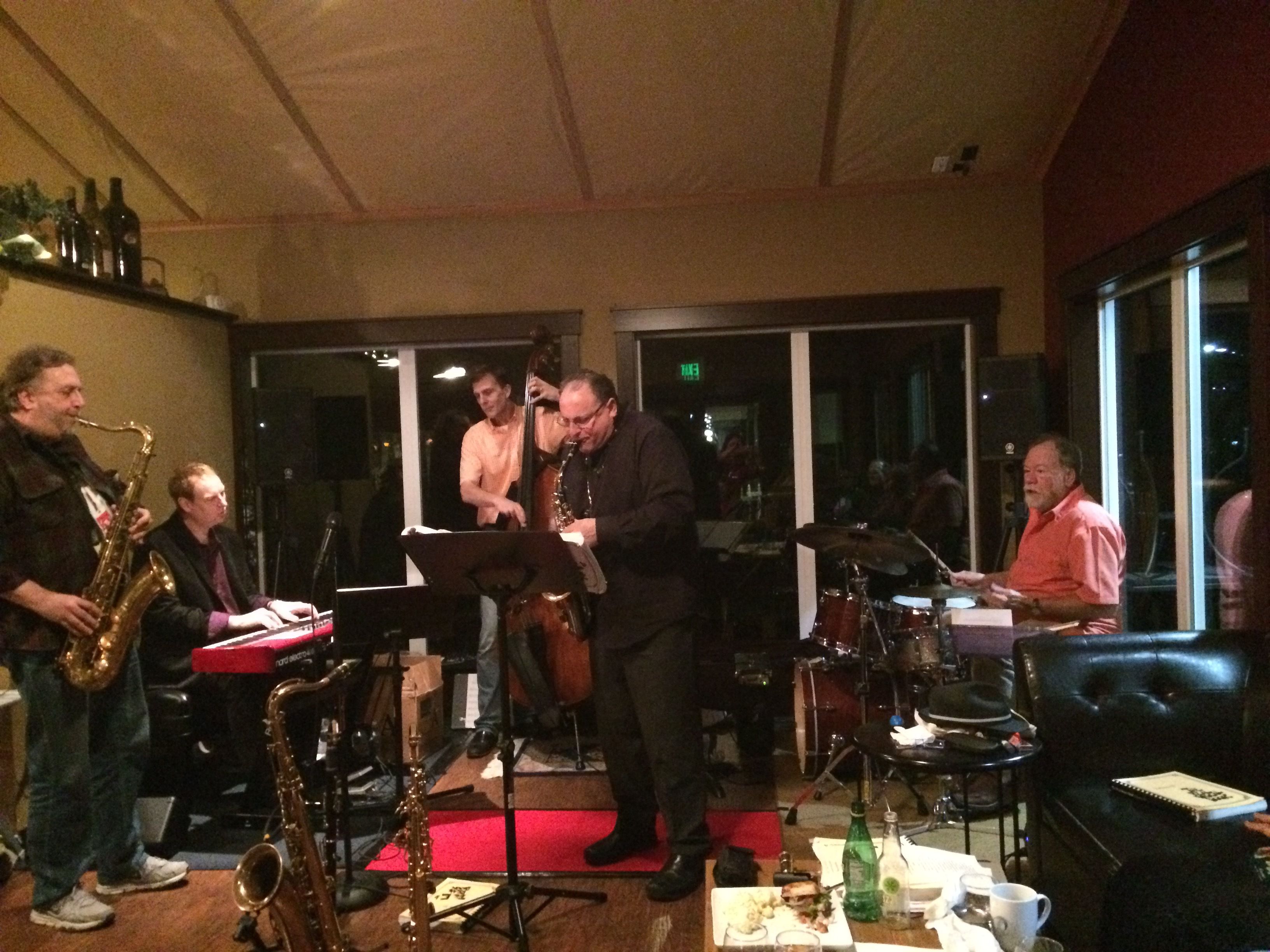 Every week on Sunday

Bassist Kevin McCarthy's group hosts the Sunday Jazz jam at Darrell's Tavern in Shoreline. Darrell's is a comfortable tavern in the American tradition; friendly folks, plenty of room, pinball and pool for those who want to enjoy those things, good beer.

I have cross-posted this listing from the Seattle Jazz Scene meetup both as a way of encouraging our members to join their meetup and also to make folks aware of this high-end jam session. By all means, call Darrell's Tavern to make sure the event is on; I am posting but not necessarily able to go to this every week.

I played at this jam a couple times in 2013, and it was GREAT. Kevin's 10-tet big band worked up a sweat for an hour, then they opened up the stage to the jam session, inviting 4-5 singers and several sax, trumpet, keyboard, bass, and drummers to the stage. Kevin is a master at putting together great combos on the fly. A must visit.

Please note Kevin is the guy running the show, but he's not promising duties beyond that. Show up with your horn, buy a beer, and enjoy being part of the show! Or show up without your horn, put $5 in the tip jar, and buy a beer anyway.

Ed. Note: I moved the time from 8pm to 10pm based on attendee feedback in Jan 2016. Apparently the show starts at 8pm, and then they opened it up to sit-ins at 10pm. So if you want to catch the show in advance, it's at 8pm.

THIS JUST IN: Kevin joined the group and told me the jam starts at 8pm. So there you have it.