How Netflix is building adaptive Ember apps and an EmberConf 2016 recap!

Hosted by
Erik B. 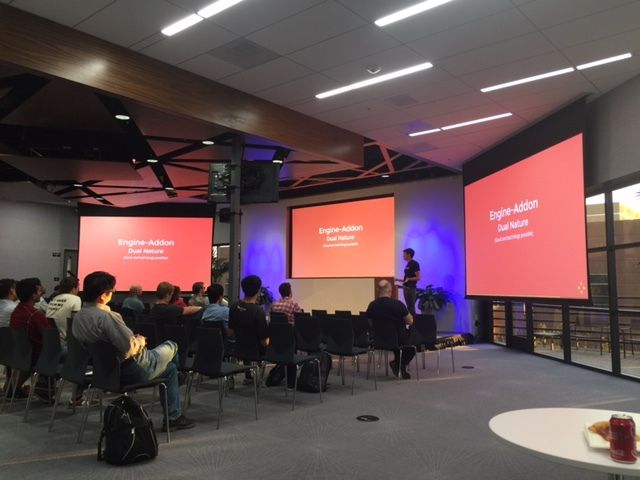 Before 7: patio, After 7: Building E, room Birdcage. Park and enter around the back of the building.

We've got a great post-EmberConf 2016 meetup planned for you!

After the recap, we've got a great talk from Netflix's own Feather Knee (http://twitter.com/featherart).

Feather Knee (http://twitter.com/featherart) is a software engineer at Netflix. She works on the Enterprise Platforms team building applications to streamline business processes associated with Netflix originals. She will be talking about VanDAM, a digital asset management app built in Ember. VanDAM was primarily used internally, but has recently started being used externally - by some of your favorite Netflix actors! As external usage of the app has increased, there has been a push to make it more mobile friendly. Feather will be talking about how her team has been incrementally improving their mobile user experience.