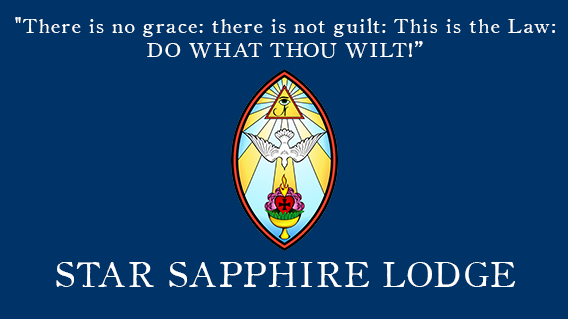 Do what thou wilt shall be the whole of the Law.

We are pleased to announce that Star Sapphire Lodge will be hosting Brother Keith Cantú for a discussion of the “Tantric Roots of Thelema: Fact and Fiction" on Sunday, December 16.

As Aleister Crowley once declared in his Eight Lectures on Yoga, “There is more nonsense talked and written about Yoga than about anything else in the world.” The same can be said about Tantra today, especially its relationship to Thelemic history, which is not what many critics would have you believe. In this class we will build on current academic research to critically examine the relationship of Tantra to the O.T.O. and A⸫A⸫. In order to explore the nuances of this relationship we will need to analyze references grounded in primary source texts of direct relevance to both Orders, including cakra systems, the tattvas, and sexual techniques. Examples of such texts include the essay “Yoga” by Carl Kellner, the “Mystic Anatomy” of Theodor Reuss, “The Temple of Solomon the King” in The Equinox I: 4 by J.F.C. Fuller (with Crowley’s help), and references to Śrī Sabhāpati Swāmī and “The Tantras” scattered throughout the writings of Aleister Crowley, especially Book Four. Using these texts as a starting point, we will explore the traceable link from a handful of important Sanskrit texts on Tantra to early Thelemic literature, noting along the way how these Sanskrit texts can often be pinpointed to the exact edition and translator that Kellner, Reuss, Crowley, and others were consulting.

Time: Doors open at 3:00 pm, the lecture will begin at 3:30
Admission: This class is free for Star Sapphire Lodge members, and $15 for general admission.

About Our Speaker: Keith E. Cantú is a PhD candidate in Religious Studies (South Asian religions with an additional emphasis in European medieval studies) at the University of California, Santa Barbara (UCSB). His dissertation research is focused on the nineteenth-century Tamil Śaiva yogī Śrī Sabhāpati Swāmī (b. 1840), specifically the "translocalization" of his system of Rājayoga. He is also researching Śrīśacandra Basu (a.k.a. S.C. Vasu,[masked]), a Bengali intellectual living in Lahore who was Sabhāpati Swāmī's initial editor as well as an important nineteenth-century translator of Sanskrit texts on Haṭhayoga. From 2014 to 2017 he co-edited City of Mirrors: Songs of Lālan Sāi, a volume of Bengali tantric songs translated by Carol Salomon and recently published by Oxford University Press. Apart from, yet sometimes intersecting with this material, Keith has a keen personal and academic interest in the writings of Aleister Crowley [masked]) as well as Thelema, the Theosophical Society, and other alternative religious movements.

Love is the law, love under will.