Hosted by
Tomasz S. and 3 others 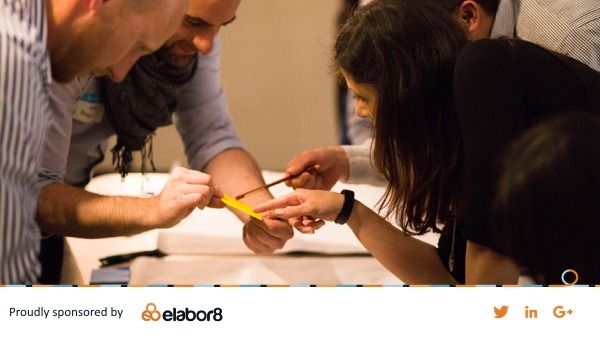 Your votes are in! and we will be hosting Tomek who will speak about his experiences at SoftwareMills.

Why so flat?
with Tomasz (Tomek) Szymanski

About how a company transformed into a workplace where the financials are transparent and the decisions are made up by the collective, not the bosses who are non-existing.

This talk is about the challenges we had, how have we overcame and what are the results of empowering people (and more interestingly if they really do want to be empowered).

In May 2013 we, the owners of SoftwareMill, came to the point where the traditional board ruling of a company that had no middle management became difficult and very time-consuming.

And since we like to do other stuff than managing we had to do something about it. The usual path people take is introducing middle management. But was that for us?

Since we run all the projects in an agile, self-organising manner we thought - why not do the same with the company? And that, after a while, has resulted in a fully transparent (both operationally and financially) organisation that I would like to tell you the story of.

How it went, what went wrong, what went good and what were the problems we encountered and had to fix.

And was it worth the hassle?

Tomek is from Poland, he has a company called SoftwareMill, works for the community in Warsaw for many years - leads the Warsaw Java User Group, founded the Warsaw Groovy User Group, and hosting a few AgileByExample conferences etc. etc.

As a weird quirk of fate, he will be in Sydney in the first week of October this year and wants to meet his counterparts on the other side of the globe