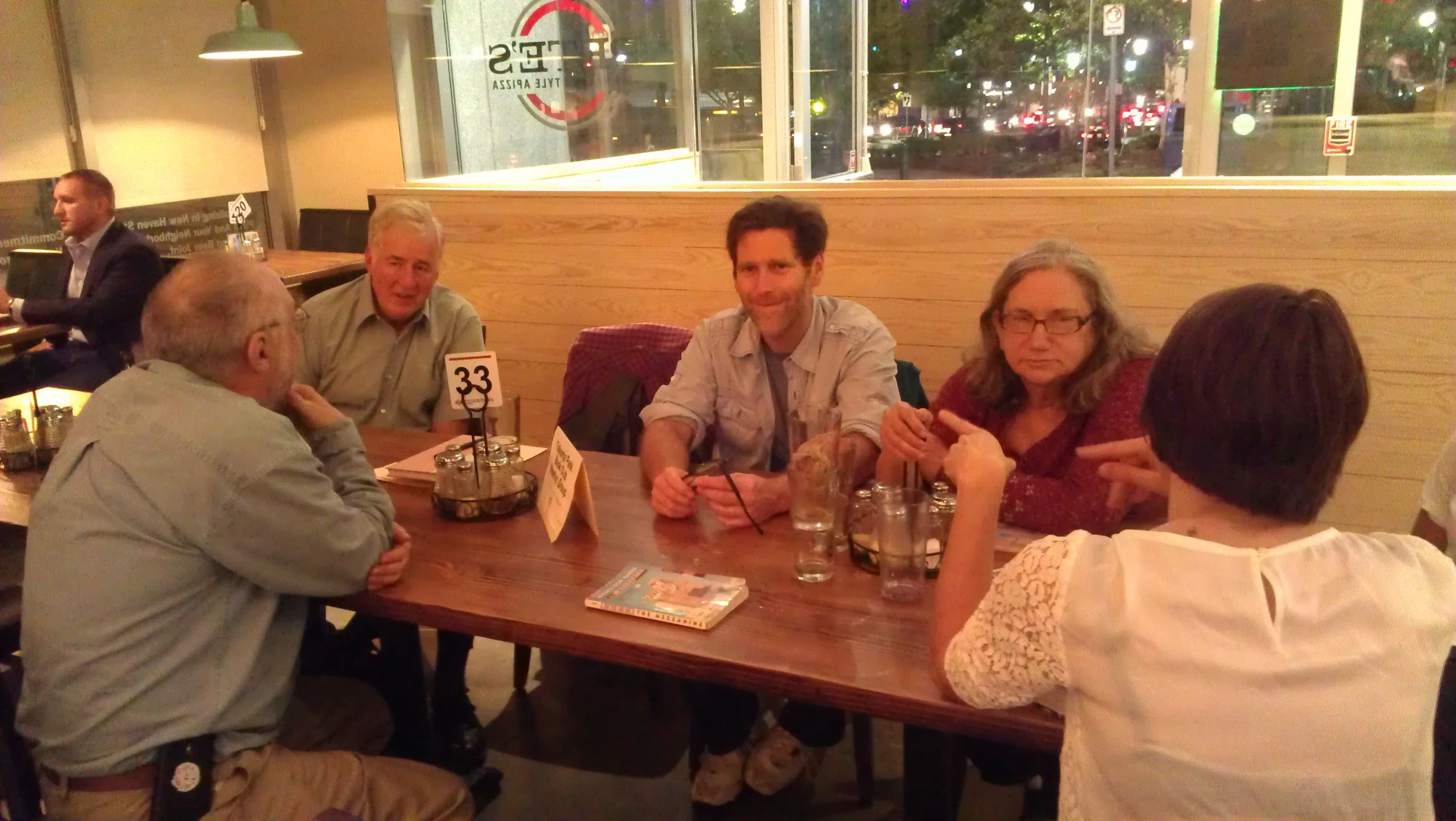 We'll be sitting at a long series of tables pushed together in the middle of the restaurant.

The book for April is Invisible Man (http://www.amazon.com/Invisible-Man-Ralph-Ellison/dp/0679732764/ref=sr_1_1?ie=UTF8&qid=1298300842&sr=8-1), by Ralph Ellison (http://en.wikipedia.org/wiki/Ralph_Ellison). Published in 1952, Invisible Man explores the theme of man’s search for his identity and place in society, as seen from the perspective of an unnamed black man in the New York City of the 1930s. The narrator is "invisible" in a figurative sense, in that "people refuse to see" him, and also experiences a kind of dissociation. The novel, with its treatment of taboo issues such as incest, won the National Book Award in 1953. It was the only novel Ellison published during his lifetime (his other novels were published posthumously). The novel addresses many of the social and intellectual issues facing African-Americans in the early twentieth century, including black nationalism, the relationship between black identity and Marxism, and the reformist racial policies of Booker T. Washington, as well as issues of individuality and personal identity.