Hosted by
Marin D. and 4 others 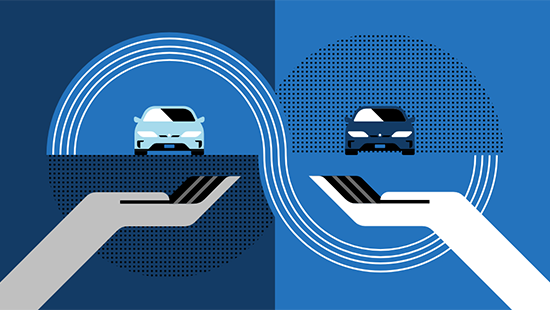 We are inhabiting the building on the right side of Block 2 of Sofiamed, known as the ex-Telenor building. Please come in through the main entrance, we will meet&greet you.

We are kicking the meetup year off with the first Uber Eng Meetup on distributed systems!
+ We have a new office, YES! Come visit us and check out the new space, everyone. Will tell you a secret - You will be the first ones to do that (wink, wink). See you all in 2 weeks!

🤔 What exactly are we going to talk about?

Failures are inevitable in distributed systems and engineers are regularly left surprised by the chain of events that had lead to them. Even as this is true, there are some failure scenarios that occur more often than others and failure modes can be categorized for easier management. In this talk we'll go over the most common failure scenarios that happen in distributed systems and explore some real examples from the Uber systems built by our teams in Sofia.

Software should expect bad things to happen, and should never be surprised when they do.
It should not trust other software, it should not even trust itself, so it puts internal barriers to protect itself.
We'll discuss fragility and stability - patterns to make the software stable.

Making changes to production systems is always risky. No matter what the change is, it could result in breaking something especially when you are working with highly distributed systems and teams from around the globe. In this talk we are going to talk about reducing that risk by applying different rollout strategies.

😎 Dilyan Dokov is an Engineering Manager at Uber Sofia. He has a Bachelor's degree in Computer Science from Sofia University and a Master's Degree in Artificial Intelligence from the Johannes Kepler University in Linz. As an engineer he has 10 years of experience in different product companies in Bulgaria. For the past two years, as part of the leadership team at Uber Eng Sofia, Dilyan has helped grow the Tax Engineering team from 3 to 15 people.

😎 Evgeni Kolev wanted a motorcycle so much, so he got into tech to faster earn money for it. He never got one, but choosing tech was the right decision for him, one which he has never regretted, as he openly shares. Evgeni started his career with typed, compiled languages. Later, having found scripting languages, he ran away from type-checked languages and didn't look back for a long time. Now, as a Go and partially functional programming enthusiast (pun intended), working with a type-checked language is a must for him - the stricter, the better.

😎 Kristiyan Krumov is a software engineer at Uber where he builds scalable distributed systems dealing with fare calculations and compliance. He is also a teaching assistant at Sofia University. In his spare time, Kristiyan plays the trumpet in traditional ethno-jazz brass band from Northwestern Bulgaria.