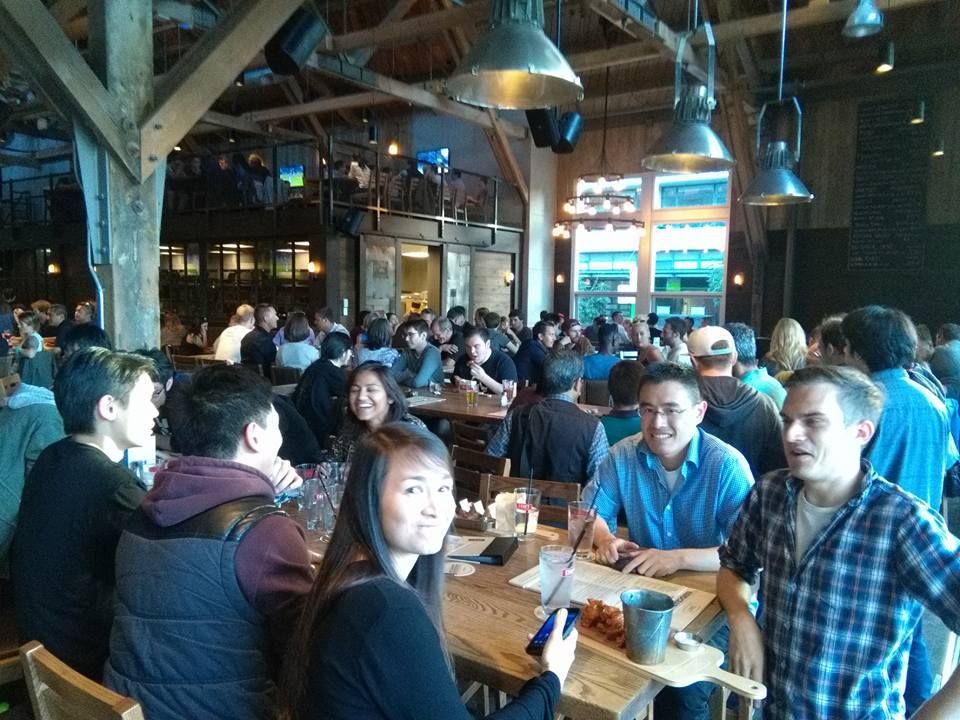 Top of the stairs.

Nicolas Chaverou, CoFounder and Product Manager of Golaem, will be giving us a classic overview of some of the key features of Golaem Crowd, as well as some pretty cool simulations. He'll also be answering any questions you might have.

Join us for a night of fun, inspiration and great information!

Creating visually compelling and believable crowds for movies / commercials / tv shows, where budgets are shrinking and timescales are getting shorter, can be a daunting challenge. It is not only important to represent the crowd behavior as a whole, but aspects and motions of each individual must be believable.

From crushed soldiers to hordes of white walker through stop motion like stadium audiences, French company Golaem will go behind-the-scenes of Thor 3 Ragnarok, Games Of Thrones and several other crowded projects.

I'm part of those kids who's grown up with a pull-string cowboy doll in one hand, a space ranger in the other and been scared/amazed by the TRex of Jurassic Park (read: born in the early 80s).

As reconstructing dinosaur DNA from some fossil bloodsuckers looks harder than I expected, I decided to study 3D Computer Science at ENSIMAG (Grenoble, France) instead of molecular biology, hoping that one day, the animation & VFX industry will welcome me in spite of my poor artistic skills.

After 3 years as an R&D engineer at the INRIA (French National Research Institute in Computer Science), working on state-of-the-art human AI and procedural animation, we co-founded a company called Golaem with some other folks from the lab.

During the first years we mainly worked on improving our core technologies and, in 2011, we finally released Golaem Crowd, a crowd simulation plugin for Maya. The goal of the plugin is basically to allow any shop (from freelance to TD teams) to make realistic crowd shots quickly and easily either for long feature movies, TV series or commercials. Our customers include Method Studios, The Mill, CineSite, Framestore, RodeoFX, MilkVFX, Pixomondo amongst many others.