Hosted by
Raihana A. 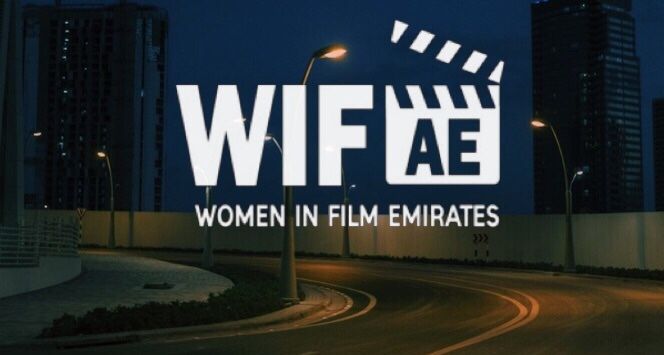 • What we'll do
WIFAE and Paton Production is proud to present:

the "Female Short film Program" #fsfp at this meetup. Female filmmakers will have the chance to pitch a film infront of three female judges at the WIFAE 3rd meetup. The best pitch will win 10,000 dollars worth of production value at the end of event decided by the judges. All you need is to prepare a pitch + a one page document explaining your film project.

We will also feature Jihad Nur a female producer who will present a workshop on her 10+ year experience producing in the region.

check the link for more information on the pitch competition https://patonproductions.com/program/

As this industry is still known for favouring men, PATON Productions has committed itself to searching for and developing female talent therefore PATON Productions started the Female Short Film Program to attract new female writers and filmmakers with exciting short film projects living in the GCC region. If you are a female writer or director living in the GCC with a great short film in mind this program is for you.

Nancy Paton is an award-winning Australian director, screenwriter and producer residing in Abu Dhabi. Her passion is to create positive change in our world one story at a time and so she founded Paton Productions to focus on original, independent, female character-driven films that capture compelling stories in the GCC.

An accomplished TV and film producer since 2008, started community work during her mid-teens. Motivated by her own urban-nomad life of her youth, Jihad has been captivated by people with vulnerabilities, specifically impoverished children. She has co-founded flea for charity and was named ITP’s Young Arab Awards as the philanthropist of the year in 2016.

managed a Hollywood fortune500 production company in Dubai for 3 years , currently a copresenter for a Middle East travel documentary.

1) Films must have a female protagonist
2) Be between 5 min – 15 min long
3) Have a production budget of no more that $10K (You must be willing to pay for their own transport and accommodation in Abu Dhabi during the shoot as this will not be covered by the production budget)
4) Filmmaker needs to do a 1-minute Elevator Pitch in front of Three Female Judges on the 28th of March 2018 at twofour54 Creative Lab
5) Filmmaker needs to hand in a One Pager of no more than 1000 words to the Three Female Judges
6) One Project will be picked by the Three Female Judges at the end of the event and then the winning project will shoot their short film in August 2018 in Abu Dhabi with PATON Productions.

• What to bring
if you're participating in the "Female Sort Film Program" please bring your 1) pitch and 2) one page document of your film to present to the judges on the day. the document can be a treatment , or a visual presentation to support your pitch.