Hosted by
Fariss A. 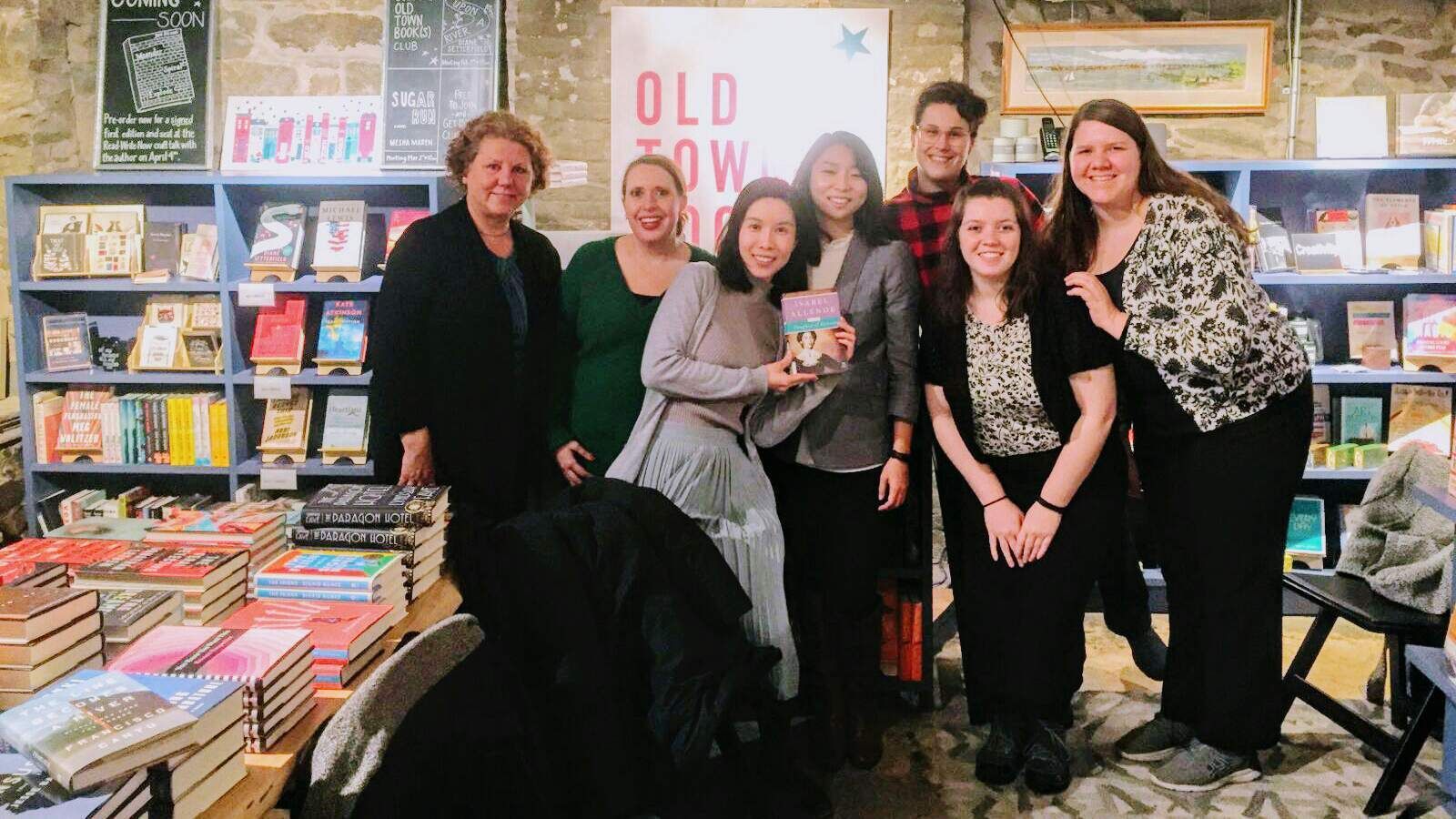 ADMIN NOTE
I have confirmed that Angie Kim will be able to attend this book club with us. Very exciting! Our meeting will start at 7, then she will join us at 7:30.

Old Town Books has informed me that they do have a policy on author signings - all author book signings are only of books purchased at the store. They do offer a 15% discount. If you would like a copy of the book signed please keep this in mind.

If you have already purchased a copy the owner has graciously offered an alternative; if you would like a signature then she requests that you purchase another book from the store. They have been such wonderful hosts please keep these guidelines in mind and we’ll respect their rules!

As per usual when we meet at Old Town Books, please bring a treat/food/beverage to share (if possible bring something that doesn’t need utensils). Looking forward to seeing everyone there!!

A literary courtroom drama about a Korean immigrant family and a young, single mother accused of murdering her eight-year-old autistic son

My husband asked me to lie. Not a big lie. He probably didn’t even consider it a lie, and neither did I, at first . . .

In the small town of Miracle Creek, Virginia, Young and Pak Yoo run an experimental medical treatment device known as the Miracle Submarine—a pressurized oxygen chamber that patients enter for therapeutic “dives” with the hopes of curing issues like autism or infertility. But when the Miracle Submarine mysteriously explodes, killing two people, a dramatic murder trial upends the Yoos’ small community.

Who or what caused the explosion? Was it the mother of one of the patients, who claimed to be sick that day but was smoking down by the creek? Or was it Young and Pak themselves, hoping to cash in on a big insurance payment and send their daughter to college? The ensuing trial uncovers unimaginable secrets from that night—trysts in the woods, mysterious notes, child-abuse charges—as well as tense rivalries and alliances among a group of people driven to extraordinary degrees of desperation and sacrifice.

Angie Kim’s Miracle Creek is a thoroughly contemporary take on the courtroom drama, drawing on the author’s own life as a Korean immigrant, former trial lawyer, and mother of a real-life “submarine” patient. An addictive debut novel for fans of Liane Moriarty and Celeste Ng, Miracle Creek is both a twisty page-turner and a deeply moving story about the way inconsequential lies and secrets can add up—with tragic consequences.

Angie Kim moved as a preteen from Seoul, South Korea, to the suburbs of Baltimore. She attended Stanford University and Harvard Law School, where she was an editor of the Harvard Law Review, then practiced as a trial lawyer at Williams & Connolly. Her stories have won the Glamour Essay Contest and the Wabash Prize in Fiction, and appeared in numerous publications including Vogue, The New York Times, Salon, Slate, The Southern Review, Sycamore Review, The Asian American Literary Review, and PANK. She lives in northern Virginia with her husband and three sons. MIRACLE CREEK is her first novel.

Women of the World Book Club