Celebrating 12 years, Wonderland Book Club has always been about getting members to read books they wouldn’t normally read. And more recently, Wonderland features the actual authors of the books we’re reading each month. We’re a very warm, accepting group—you don’t need to be a member of the North Carolina Writers’ Network to join, nor do you need to be working on your next novel. But I think the number one reason we’re growing is because we’re easy to join and easy to find on the Internet. Through a web connection and a physical event, Meetup brings folks together who share a common interest. In fact, if I hadn’t made Wonderland a Meetup group nine years ago, we’d be long gone by now. Most book clubs that aren’t library or bookstore-related form from friendships, neighborhoods or clubs—there’s no county-wide book club directory and you need to be “in the know” to be invited. That’s what’s so neat about Wonderland Book Club: newcomers to the Triangle love it, it’s free and there’s no special code or association to join the fun!

So what do our guest authors discuss for two hours from 10 a.m. to noon? Usually the first hour is taken up with the book discussion, the author reads a few passages and then in the last hour the floor is opened for the story behind the book. How was this book published and marketed? How long did the author take to write the book? Did the plot or characters come first? And the questions continue when we take the author to lunch.

Want to join? It’s easy! Sign up as a free member at http://meetup.com/wonderlandbookclub so you know the details of our next meeting. We typically meet the last Friday of every month from 10 am to noon at Quail Ridge Books, but since the Covid-19 crisis we've been meeting via Zoom. If you don’t sign up beforehand, we want you to come anyway. I promise you our veteran members don’t bite and we love seeing new folks.

Published authors! Interested in being our guest in 2021? Email Alice at alice@aliceosborn.com All of our spots are now filled through 2020, but if you'd like to be considered for 2021 please email Alice your interest and a link to your author website as well as industry reviews as well as Amazon/Goodreads reviews.

May 29 Jorge Cortese, The Watchtowers

June 26 Val Nieman, To the Bones

November 19 Discover a Classic: The Grapes of Wrath by John Steinbeck

Catch the marvelous imagery in the reading of South Toward Home. Find yourself carried into bygone eras. You will actually encounter stories that span more than eight decades. Experience those remembrances if you have lived through some of these times! Travel with author Alice Joyner Irby in her journey during periods of turbulent cultural and societal change. She reports her attempts to shatter glass ceilings confronting women in the workplace…her role in integrating a university…her participation in the creation of the Job Corps in LBJ’s War on Poverty. Yet, Alice’s roots remain grounded in the South, where she was nurtured and raised in a loving community. In her twenty-six stories, we come to know well this fun-loving young girl and those who shaped the woman she has become. A single mother with a daughter, the author expresses the bond between the two. This is a relationship strengthened over time and deepened through their shared experiences. This book is a rare combination of intimate personal portraits coupled with a pragmatic look at the life surrounding them. It is a book written for family about family, blood or not. Crises and joys…stress and well-being…harsh realities and great kindnesses…above all, Hope! Register: https://www.outerbankspublishing.com/2020/06/11/join-us-for-an-online-author-talk-with-alice-joyner-irby-author-of-south-toward-home/

Join us at Wonderland Book Club, co-sponsored by the NC Writers’ Network: Meet Iris Yang (Qing Yang), Will of a Tiger at Wonderland Book Club Location: Virtual ZOOM Meeting Register HERE: https://us02web.zoom.us/meeting/register/tZ0udemqrz0jHd1CIujUsPxrBT5rDzqMCph5 Friday, July 31, 2020 Time: 10:00 a.m. to noon FREE and OPEN TO THE PUBLIC RSVP HERE: https://us02web.zoom.us/meeting/register/tZ0udemqrz0jHd1CIujUsPxrBT5rDzqMCph5 ABOUT THE BOOK: Sworn brothers—one American, one Chinese—captured, imprisoned, tortured. Survival is just the beginning of the battle... In 1942, Birch Bai, a Chinese pilot, and Danny Hardy, a downed American pilot, become sworn brothers and best friends. In the summer of 1945, both airmen’s planes go down in Yunnan Province of China during one of many daring missions. They are captured, imprisoned, and tortured by the Japanese for information about the atomic bomb. Just days before the end of WWII, Danny makes an irrevocable decision to save Birch's life. For Birch, surviving the war is only the beginning of the battle. He must deal with the dreadful reality in China—the civil war, the separation of the country, the death of one friend in the Communist-controlled Mainland and another under the Nationalist government, and his wrongful imprisonment in Taiwan. From Chungking to Yunnan, and from Taiwan to San Francisco, the sequel to WINGS of a FLYING TIGER takes readers along on an epic journey. ABOUT THE AUTHOR: IRIS YANG (QING YANG) was born and raised in China. After graduating from Wuhan University, she was accepted by the prestigious CUSBEA (China-United States Biochemistry Examination and Application program). At age 23, with poor English, little knowledge of the country, and 500 borrowed dollars, she came to the United States as a graduate student at the University of Rochester. Later, she received a Ph.D. in molecular biology, trained as a postdoctoral fellow at Cold Spring Harbor Laboratory, and worked at the University of North Carolina. Although she has published a number of scientific papers, she has a passion for creative writing, and her short stories have won contests and have been published in anthologies. Iris lives between Sedona, Arizona and Chapel Hill, North Carolina. Besides writing, she loves hiking, dancing, photography, and travel.

Join us at Wonderland Book Club, co-sponsored by the NC Writers’ Network: **For Fans of Hunter S. Thompson--this is A DON'T MISS EVENT!** Meet Margaret Harrell, author of The Hell’s Angels Letters: Hunter S. Thompson, Margaret Harrell and the Making of an American Classic Norfolk Press, San Francisco. July 2020. 9x12 format in color – hard cover, soft cover, and possibly a limited edition - about 150 mostly color images. Pub date: July 18, 2020 Also joining us is Ron Whitehead, Founder of the Louisville Gonzo Fest, a S. F. State University professor who is moderating the S.F. launch and the Journalist Chair at Boston U, who is moderating the launch, and even a young Hunter Thompson PhD in Ireland. Location: ZOOM Meeting Register: https://us02web.zoom.us/meeting/register/tZIscu2rrD8qEtBAmfdI3k7Vg1dgfsVX1SZ8 Friday, August 28, 2020 Time: 10:00 a.m. to noon FREE and OPEN TO THE PUBLIC About the Book: The Hell’s Angels Letters: Hunter S. Thompson, Margaret Harrell and the Making of an American Classic is an important revelation in the legacy of Thompson, with letters (in full color) that survived precarious shipping and travel over decades, cloaked away from the public. “If Hell’s Angels hadn’t happened I never would have been able to write Fear and Loathing in Las Vegas or anything else . . . I felt like I got through a door just as it was closing,” Hunter told Paris Review. When Hunter secured a hardcover contract with Jim Silberman (Random House) in 1966, the known part of the story breaks off. To whip up the final edits, Margaret A. Harrell, a young copy editor/assistant editor to Jim, was—in a break from the norm—given full rein to work with him by expensive long-distance phone and letter. Knowing the volatility of the author and value of the book, Jim said to “keep him happy.” This galvanizing action led to a fascinating tale reminiscent of You’ve Got Mail. She uses the letters to resuscitate the cloaked, suspenseful withheld drama. The book peaks in their romantic get-together at his ranch twenty-one years after they last met, a moving tie maintained over the years. What happens, then? Read on and see. Bios: Margaret A. Harrell is hands on with Life. A dual national, she has lived and written in Morocco, Switzerland, and Belgium as well as the U.S. The copy editor/assistant editor of Hell’s Angels and other remarkable books at Random House, she also was the international coordinator of a museum project in Belgium. Now living in Raleigh NC, she is a longtime freelance book editor, a light body meditation teacher, and a cloud photographer. A three-time MacDowell Colony fellow, she has degrees from Duke University and Columbia University and studied three years at the C.G. Jung Institute Zurich. She has thirteen published books, including the Keep This Quiet! memoir series. Her early books had a Romanian Fulbright scholar publisher in Sibiu, Romania, in English while she lived in Belgium. He was quite willing to Do handwork in an experimental layout. Other passions are intermediate ballet and her dog Hans. https://margaretharrell.com Ron Whitehead: Founder of the Louisville Gonzo Fest, Ron Whitehead is the Beat Poet Laureate of Kentucky (2019‒2021) who received the City of Louisville Proclamation (2019) for a Lifetime Achievement of Supporting the Arts. A poet, writer, editor, publisher, organizer, scholar, Ron has produced over 3,000 Arts Events from New York City to the Netherlands. Whitehead has also taught at various institutions of higher education including the University of Louisville, New York University, Trinity College Dublin, and the University of Iceland. Photo credits: Cover design: Grant Goodwine Photo of Ron Whitehead in the Crazy Scientist’s Office (Hullu Teadlase kabinetti) in the University of Tartu Museum in Tartu, Estonia, 2019, by Jinn Bug Photo of Margaret Ann Harrell: Hiltrud Wagner, taken in Belgium

Join us at Wonderland Book Club, co-sponsored by the NC Writers’ Network: Meet Elaine Neil Orr, Swimming Between Worlds Location: Quail Ridge Books,[masked] Lassiter Mill Rd, Raleigh, NC 27609 in North Hills Friday, September 25, 2020 Time: 10:00 a.m. to noon FREE and OPEN TO THE PUBLIC Following Book Club, we'll gather for lunch at Vivace at North Hills. RSVP HERE: http://meetup.com/wonderlandbookclub ABOUT THE BOOK: Tacker Hart left his home in North Carolina as a local high school football hero, but returns in disgrace after being fired from a prestigious architectural assignment in West Africa. Yet the culture and people he grew to admire have left their mark on him. Adrift, he manages his father's grocery store and becomes reacquainted with a girl he barely knew growing up. Kate Monroe's parents have died, leaving her the family home and the right connections in her Southern town. But a trove of disturbing letters sends her searching for the truth behind the comfortable life she's been bequeathed. On the same morning but at different moments, Tacker and Kate encounter a young African-American, Gaines Townson, and their stories converge with his. As Winston-Salem is pulled into the tumultuous 1960s, these three Americans find themselves at the center of the civil rights struggle, coming to terms with the legacies of their pasts as they search for an ennobling future. ABOUT THE AUTHOR: Elaine Neil Orr is professor of English at North Carolina State University in Raleigh, where she teaches world literature and creative writing. She also serves on the faculty of the low-residency MFA in Writing program at Spalding University in Louisville. Author of A Different Sun, two scholarly books, and the memoir Gods of Noonday: A White Girl's African Life, she has been a featured speaker and writer-in-residence at numerous universities and conferences and is a frequent fellow at the Virginia Center for the Creative Arts. She grew up in Nigeria. 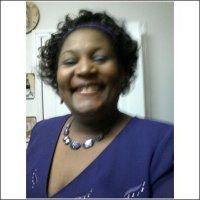 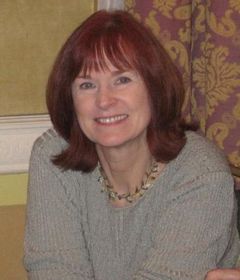 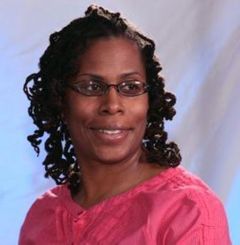 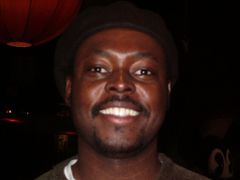 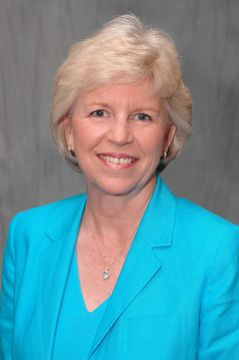 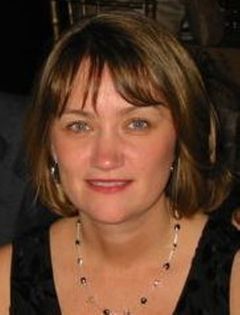 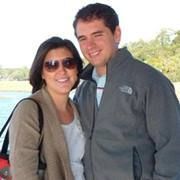 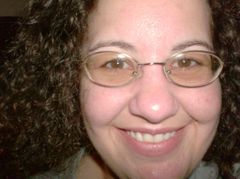