Hosted by
Reena and 3 others 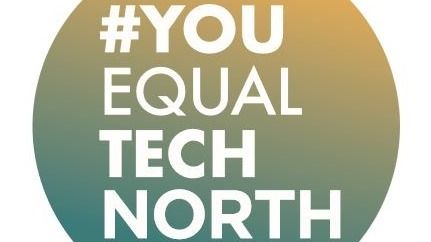 5a The Parklands · Manchester

Despite a huge focus on boosting diversity in tech, statistics released by Tech Nation (https://technation.io/insights/diversity-and-inclusion-in-uk-tech-companies/) show that gender disparity hasn’t seen much of a change. However, diversity is a lot broader and requires us to work together to drive change in our recruitment and retention strategies, as well as company culture.

Join us at AO.com headquarters on Thursday 6th February, where our panel will be discussing how to build diverse teams.

This time our YET North event comes with a bit of a twist! Rather than just listening to speakers, we will be giving you the audience the floor, the chance to put your questions around “Building Diverse Teams” to the panel members from the very start of the session.

You will also have the opportunity to knock panel members off and take their place! We really want this to be an interactive session where opinions matter and we can all take lots away with us to implement and learn from!

#YETNorth events are open to everyone... Tell your friends!

We'll be joined by:

Vim has co-founded Experience Matters, winning the NHS CCG as her first client. Vim has also founded Northern Collective: Women in Public Spaces, co-founded SheSaysMCR, managed DrinkaboutMCR and Manchester Social Entrepreneurs. She has also been an advisor to the Youth Charter.

Vim has been an advisor on international government tech missions and a mentor for various startup programmes. Vim has won the Young Digital Leader of the Year award 2018 at Digital Leaders, also, the We Are The City Rising Star in the public sector. She focuses on bringing passion into her work to make a continuous difference.

Annette has worked in and around Tech for over 20 years. Surprised by the lack of diversity after returning to the NW, she founded Diverse and Equal to help organisations open up to the power of diversified teams. The DiverseTechNW Taster Series aids this goal by increasing awareness of the Tech roles and training available among people from under-represented backgrounds.

Annette works at the Co-op on the Agile Skills team as a Delivery Manager/agile coach, and is Chair of Co-op’s Rise Colleague Network.

Having spent 20 years’ learning software craftsmanship and leadership in differing roles and in a variety of industries, Mikey is now reinvesting his experience in the teams he works with. Challenging, developing and generally annoying individuals to level up and build great software.

Jon is a software engineer and team lead at AO.com. Jon has been leading engineering teams for over six years and has been an active part of recruitment into those teams. More recently, Jon interests include how to increase inclusion in tech, including building diverse teams and within the wider tech community. Jon loves reading, bring recommendations.