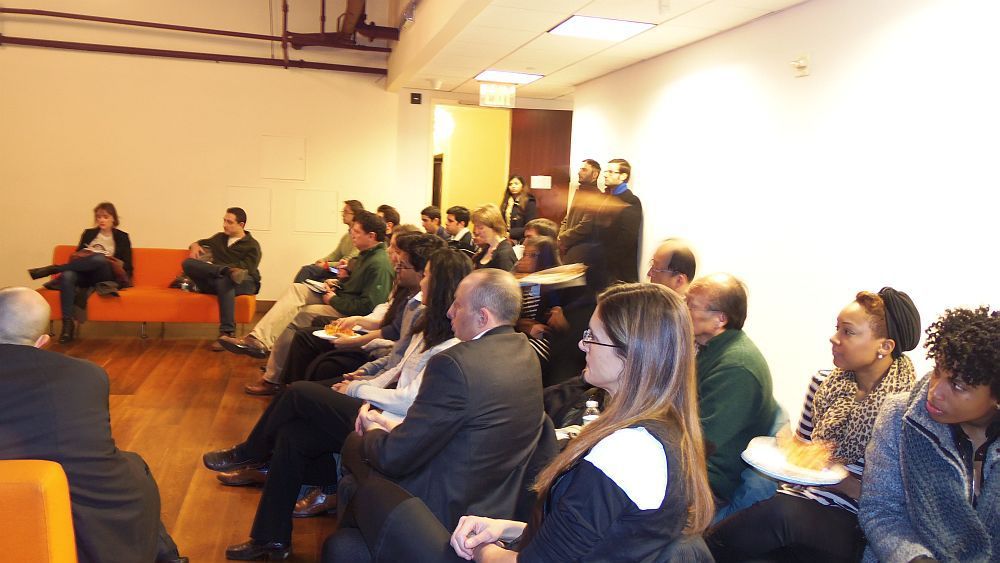 We are happy to announce another free panel on funding both via the crowd and through more traditional means.

Our panelists this time will be:

Atit works within many aspects of the entertainment industry, primarily financing; development and production for films, events, and technology as it relates to entertainment. He has also worked in various departments such as Accounting, Production, Assistant Direction for over 20 projects and served as the Creative Director for Bollywood Hollywood Productions based in the US focusing on American production of Bollywood films. In addition, he worked for several prominent technology firms including Thomson Reuters, TheLadders.com and Revolution Health Group as a Product and Project Manager. He attended The George Washington University in Washington, DC for his BBA. Feel free to contact Atit Shah via the Create Entertainment website: http://www.createntertainment.com

Sara Bailin, Filmmaker
As a teenager, Sara interned for New York Women in Film and Television, where she was exposed to the many facets of the film industry and became particularly interested in women in the industry, independent film, and production. She is now a production coordinator for commercials based in Manhattan, and is producing and directing independent and student films on the side.

With her increased involvement in the film industry and her growing passion and determination to create her own films, Sara attained a master’s degree in Live Action Short Film at the School of Visual Arts in 2012. It was in this program that she wrote and directed her first short film, Taxi Cab Teranga for which she raised financing through crowdfunding. She plans to continue to create independent films that address culturally relevant issues, engage and challenge audiences to think critically, and inspire social activism and global citizenship.

Sara’s recent and current projects include: Come As You Are (director/producer), Self Portrait (producer), Young At Heart (producer) The Artist’s Assistant (producer).

Megan Sperry, artist, activist and documentarian
Megan grew up in Lake George, a small town in upstate New York. She has studied advertising and design at Fashion Institute of Technology, attended the prestigious California College of the Arts in the Bay Area, and attained a BA in Media Studies and and an MFA in Integrated Media Arts from Hunter College in New York.

Her interests include writing, photography and documentary film with a focus on social change. She has been involved with many organizations in New York City, including the BLK ProjeK, Libertad Urban Farm, Green Bronx Machine, NAG [Neighbors Allied for Good Growth], The Greenpoint Reform Church and W.O.R.T.H [Women on the Rise Telling HerStory]. Megan has also contributed to The Greenline, a community paper in Greenpoint Brooklyn, and the Hunts Point Express, a community paper that serves the Hunts Point and Longwood neighborhoods of the South Bronx.

Megan recently completed her first feature length documentary film, The Domino Effect, about the re-development of the Domino Sugar factory on the Williamsburg waterfront in Brooklyn for which she raised money through crowdfunding. For information on setting up screenings in your community or classroom please send an email to [masked].

She is currently working on another documentary film that advocates for community based alternatives to incarceration for women and a multimedia installation that addresses the complex issues surrounding clean water access and fracking. In addition to creating social messages, Megan is interested in training under-served communities how to utilize multimedia tools as a resource to advocate for social justice.

Michael Helman, Director @Willifest, Co-Founder @Crowdzu
Michael has held the role of producer or director on three feature films, television series, an animated web series and dozens of music videos. Include his work as a video editor and he has been responsible for thousands of hours of programming.

A pioneer in the use of non-linear editing technology, Michael opened Post Digital in New York in 1989. In 2009, Michael founded the Williamsburg International Film Festival and WILLiFEST, a diverse arts-based festival located in the Williamsburg section of Brooklyn which has grown into one of the largest festivals in New York City.

In 2012, Michael co-founded Crowdzu Inc., a multi-vertical website in the crowdfunding and crowdsourcing spaces. Currently, crowdzu.com (http://www.crowdzu.com) exists as a global rewards-based crowdfunding platform. The first crowdsourcing component will launch in the next month followed by additional components every few months.

The panel will be moderated by:

Dipalee Rathod, Media Host, Path to Passion TV
Having worked as an Investment Associate at American Capital and an Investment Banking Analyst at Deutsche Bank, Dipalee is a former Wall Streeter/banker turned social entrepreneur who aims to inspire and make a meaningful impact through her work.

As a host at Path to Passion TV (http://www.pathtopassiontv.com), she helps people move one step closer to their passion and profiles successful entrepreneurs who, like Dipalee also make a postive impact on society through their work.