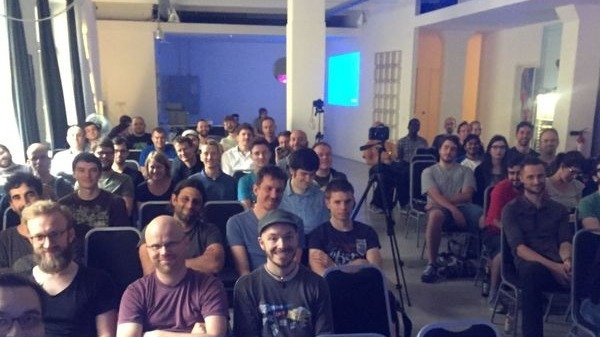 Voice User Interfaces (VUIs) allow people to interact with a system in the most natural way - by using their voices.
Together with a graphical user interface an amazing user experience can be created. These multimodal-interfaces are not limited to voicefirst devices, such as Amazon Echo Show or Google Home Hub.
The Open Source Project by LinguaLogic enables VUIs for all browser and mobile applications.
By combining abilities of the browsers and cloud services the framework gives access to all features needed for the realisation of a VUI. For Angular it provides a SDK which guarantees a seamless integration within the components and functionalities of the app.

Leonard is master student at the TU Berlin. Beside his studies he is contributing to the Open Source Project of lingualogic.de. He worked for several startups, where he develops VUIs for different usecases.

With Protractor the Angular Ecosystem has an almost-standard for UI-Testing, but ensuring not only functionality in general, but also verifying that the app is cross-browser, cross-platform and cross-device compatible and responsive can be challenging. It's not only a financial and organizational effort to supply all the different devices and browser and integrate it into an existing organizations infrastructure, but also the scalability is limited and setting up the devices and connections is tied to some work. Browserstack provides a Cloud-Service for testing Web-Apps on a bunch of real devices with a rather easy to use integration into all Selenium based test execution frameworks, like Protractor. The talk gives a short introduction to Browserstack and shows, how it can be integrated into Protractor.

Stefan Bley works as a Senior Software Engineer at Saxonia Systems AG in Berlin and has been involved in various Java Enterprise and Angular projects. He loves experimenting with technology and shares his knowledge by speaking at conferences and community events. Currently, he is interested in blockchain and distributed ledger technologies.

Leo Lindhorst is working as a full stack developer at the Saxonia Systems AG in Dresden, Germany. He is primarily concerned with the design and implementation of enterprise single-page web apps and cloud applications. Leo is regularly speaking at conferences and User Groups in Germany and is an active member of the community.

In his talk Christoph explains the three main ways to deliver an Angular app. Whether you serve your app as usual to be rendered on the client or you go with server side rendering or you do the rendering upfront and serve your app prerendered, each approach has pros and cons.

After this talk you can hopefully make an informed decision on how to serve your next Angular app. And in case you choose prerendering you will also learn about a handy tool, called angular-prerender, which helps you with that.

Last but not least, you will be introduced to the similarities of Angular and pasta.