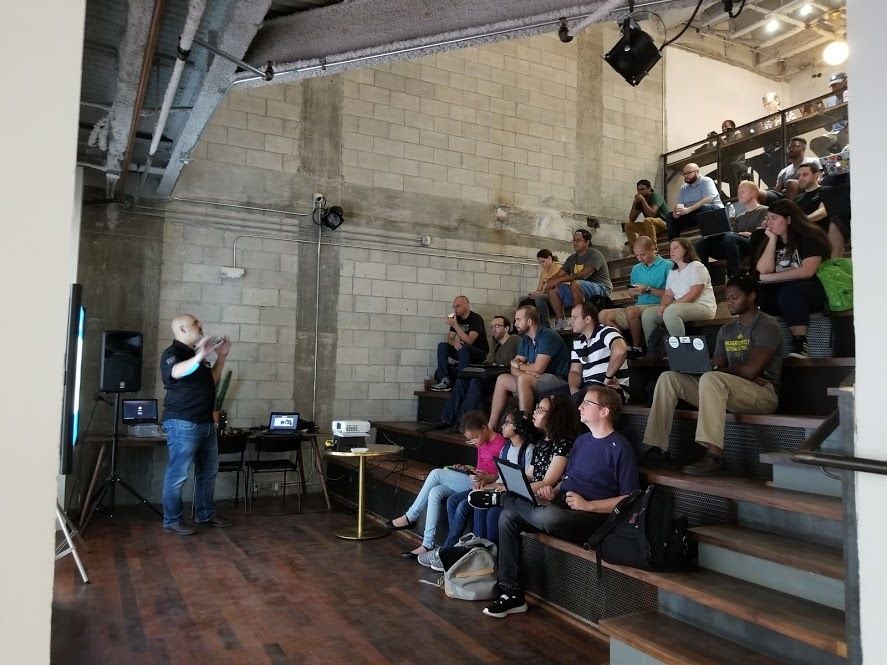 THIS EVENT WILL BE ONLINE using Zoom: https://meet.floridajs.com#

How nice would it be to be able to remember everyone’s name? What if you could just walk into a room and know everyone’s Twitter handle? What if you could give them a score to decide if you should have a conversation with them or not? Kubernetes is a great tool that is being used more and more for deploying applications, and it can also be used in the context of machine learning. In this talk, the speaker will demonstrate how to use NodeJs, a touch of machine learning and a sprinkle of Kubernetes to recognize people in a crowd.

This talk is about the various technologies that were used for this demo inspired by the Black Mirror show. It’s about the tech... and also why you shouldn't build it.

About the Speaker
If you Recognize Joel Lord it's because it's not the first time he's presented at FloridaJS (well at BocaJS Technically). He always brings a great subject and a fantastic presentation each time he comes!
Joel Lord is passionate about web and technology in general. He likes to learn new things but most of all, he likes to share his discoveries. He does so by traveling at various conferences all across the globe.
He graduated from college in computer programming in the last millennium. Apart for a little break to get his BSc in computational astrophysics, he was always in the industry.
As a technical evangelist with Red Hat OpenShift, he meets with developers to help them make the web a safer place.
During his free time, he is usually found stargazing in a camping site somewhere or brewing a fresh batch of beer in his garage.

Stay until the end of the talk for your chance to win a free license to any software from JetBrains (our Sponsor!)

Zoom is being sponsored by the great people at the Tech Hub South Florida http://techhubsouthflorida.org/

Video of this event will be available later on our Youtube Channel at: https://youtube.com/FloridaJS