"French Fantaisie": An evening of music from French composers

Hosted by
gina and Tim 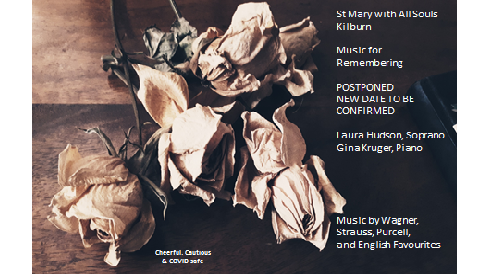 We are delighted to welcome international musicians Jean Samuel Bez (violin) and Antoine Laporte (piano) to our house concert series. Jean and Antoine will be touring in the UK during March and have kindly agreed to play for us their 'Fantaisies' programme, described on their website as " a virtuoso and impassioned moment on the border of dreaming with the incredible liberty this musical genre offers."
Our musicians invite you to discover, enjoy and immerse yourself in the magical impressionistic compositions of Gabriel Pierné and others.

Please Note: The event is not ticketed but we do ask for a donation of £20 - all of which goes to the professional musicians who perform. (Please note that all of our musicians are professionals who earn their living from live performance.)
As always we will be serving food and wine which is complimentary.

BIOGRAPHIES:
Jean Samuel Bez, violin:
Born in Pontarlier (France), Jean Samuel attended the Royal Conservatory of Music of Brussels (Belgium) where he passed his diplomas with High Distinction and was granted the Pappaerts Prize in 2016. He then attended the Universität für Musik und Darstellende Kunst (Performing Arts) in Vienna.

Jean Samuel is a laureate of numerous prizes, scholarships and international competitions, appearing as soloist including the Ensemble Orchestral of Dijon (France), the University Orchestra of Burgondy (France), the Budweis Philharmony (Czech Republic) and the Sotiropoulos Camerata of Brussels (Belgium).

As a chamber musician, Jean-Samuel plays regularly within various groups throughout the world. During the last few years he had the opportunity to play with Jean-Claude Vanden Eyden, Hagaï Shaham, Gil Sharon, and Istvan Varga. Reflecting his interest in contemporary repertoire, in 2015 Jean Samuel was the laureate of the Young Bozar Project within the Alternative Violin Duet 2Väinö. With this duet he explores new alternative formulas to traditional concerts, mixing arts and means of expression. He also plays regularly within the Icelandic group Arstiđir.

Antoine Laporte, piano:
Antoine attended the Montreal Conservatory of Music, earning his undergraduate degree under the tutelage of Suzanne Goyette. He obtained his master's degree in music under the guidance of renowned pianist Richard Raymond. In May 2018, Antoine completed an Artist Diploma from The Glenn Gould School with Irish pianist John O’ Conor. He has participated in master classes with such great pianists as Leon Fleisher and Louis Lortie, among others.

Antoine is the winner of numerous prizes in Montreal, Toronto, and New York, winning 3rd prize in the prestigious Prix d’Europe Competition (Montreal). He made his Carnegie Hall debut in 2017, and continues to appear internationally. Recently, he has been accepted at the Conservatoire National Supérieur de Musique et de Danse de Paris in partnership with Sorbonne Université, to pursue doctorate studies on the piano works of Gabriel Pierné.

Gina Kruger, piano.
Gina studied piano at the Manhattan School of Music, Columbia University, and The Juilliard School, New York before completing a post-graduate diploma at the Royal College of Music, London. Gina performs frequently as a soloist and accompanist across the UK, and as an accompanist at RCM, RAM and Guildhall School of Music and Drama. She has maintained an interest in French repertoire, for solo piano, voice, and woodwinds - the latter culminating in a residency in Cahor with clarinettist Peter Cigleris in 2001. She has also pursued research in musicology involving the liturgical traditions in Chartres and Notre Dame. Gina has performed works of Messiaen and Debussy extensively, and will perform some solo French compositions as part of the evening.