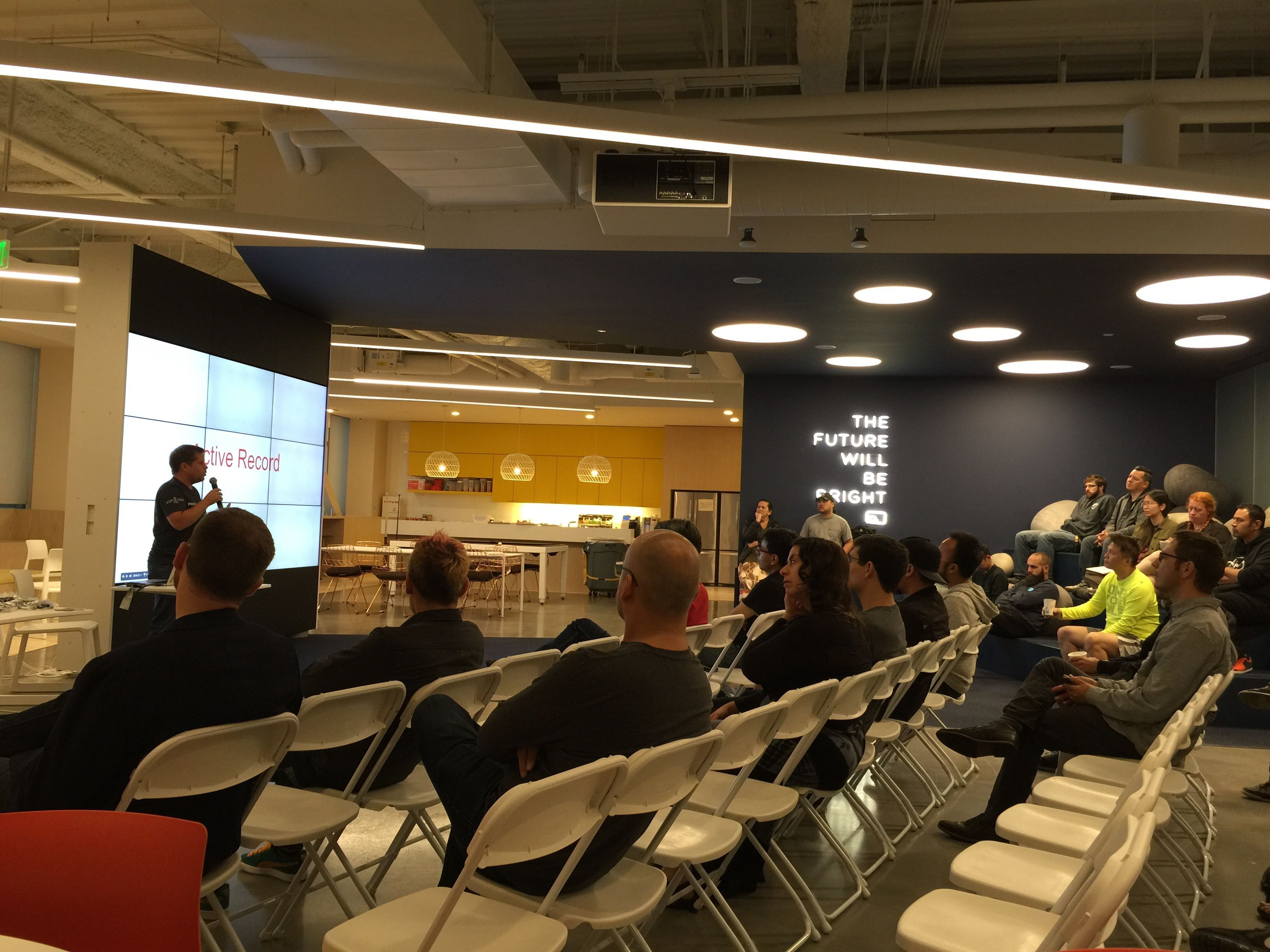 This month's meetup will be held at Topspin Media in Santa Monica.

Inside.com will be sponsoring food.

We need presentations for this meetup! Each meetup features 3-4 presentations of 30 minutes each, and should pertain to Ruby / Ruby on Rails, or be of general interest to the Ruby community. Please contact Alf Mikula (http://www.meetup.com/laruby/members/5722863/) if you are interested in presenting. Include a title, brief summary of your proposed presentation, and a brief bio about yourself. Please see past meetups for examples.

All Rails applications have asset dependencies which must be managed. Up until now, these asset dependencies have been managed with asset gems, such as jquery-rails, or vendoring the assets. Asset gems automate dependency management, but they insert a level of indirection between your application and the dependency. Vendoring is more direct, but you lose automation and assets may become stale. Enter Bower -- a package manager for the web. This presentation demonstrates how Bower can automate Rails application dependency management without the use of asset gems.

Simeon is a Software Engineer at Lesson Planet, where he facilitates teaching and learning opportunities through the creation of innovative educator products.

Python for the Ruby Programmer by Brian Riley

Python is a generally readable language, especially for Ruby programmers. I will talk about some of the characteristics and more advanced features of the language that make it unique and might not be entirely obvious.

Brian is a freelance programmer who has spent most of his professional career building software with Python. He also knows a thing or two about Ruby.

Nothing To It But To Do It: Making Real Progress in the Face of Complexity by Dan Walmsley

It's fashionable to claim that complexity kills big development projects, and books and talks are filled with comforting theories and toy examples on preventing complexity from becoming a burden, but in the real world you're often at the helm of stuff that's already complicated, and the fact is you've got to ship if you have a chance to survive and then thrive. Dan Walmsley, VP of Engineering at NationBuilder, talks about how to conquer your fears and paddle through the murky waters of complexity in a leaky abstraction - with real-world examples.

Daniel Walmsley is the Vice President of Engineering at NationBuilder. He has been a software developer and entrepreneur for 15 years. A veteran of four technology startups, Dan was the first CTO of Purpose: an incubator for movements and campaigns powered by online tools. In this role, Dan worked with veteran strategist from Avaaz.org, MoveOn.org, GetUp.org.auand others to create new movements - most notably AllOut.org, a global LGBT campaigning organisation that grew to over half a million members in just 4 months. Prior to his campaigning work Dan developed software for the aerospace, finance, pharmaceutical and education industries while also pursuing a career in entertainment, appearing as an Internet culture commentator on numerous television shows in Australia before producing and directing his own weekly variety show, Planet Nerd.