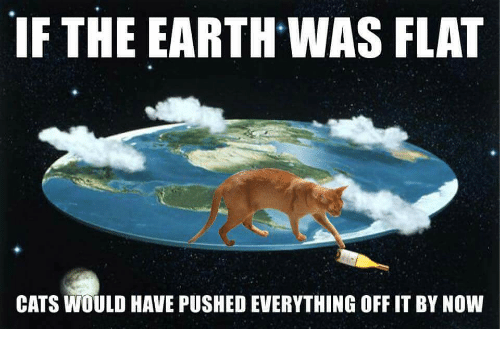 The book is Enlightenment Now: The Case for Reason, Science, Humanism, and Progress, by Steven Pinker.

We'll have a free-form discussion of this book in our living room. Snacks and light refreshments will be provided.

This event is FREE, but we want to know how many to plan for, because there's a limit to our capacity, so RSVPs are required! If you RSVP that you're coming and then decide that you can't, please change your RSVP to "No", so we can make room for someone else and/or stock up on the goodies accordingly.

Here’s a blurb about the from Wikipedia: https://en.wikipedia.org/wiki/Enlightenment_Now

A commonly-held lay public perception holds that the world is in terrible shape; for some, 2016 was the "worst year ever" and the death of liberalism. In contrast, Pinker argues that life has been getting better for most people. He sets out 15 different measures of human wellbeing to support this argument, with the most obvious being the uncontroversial fact that, statistically, people live longer and healthier lives on average than ever before. As another example, while fears of terrorism are often voiced in US opinion polls, Pinker shows that an American is 3,000 times more likely to die in an accident than in a terrorist attack. As in Pinker's previous The Better Angels of Our Nature, Pinker ascribes modern improvements to trends of liberal humanism and scientific rationality that first took root in Europe around the 17th and 18th centuries.

Pinker argues that economic inequality "is not itself a dimension of human wellbeing" and cites a study that finds inequality is not linked to unhappiness, at least in poorer societies. He also points out that the world as a whole is becoming more equal, and states that even within increasingly unequal areas, the poor are still getting wealth and benefit from technological innovations. For example, it is clear to Pinker that an innovation that makes the poor slightly richer and the rich massively richer is a positive rather than a negative achievement. In contrast, critics hold that enhancing social mobility and combating "inequality as a result of unfairness" are important legitimate ends in and of themselves, beyond any effects of reducing poverty.

On topics such as nuclear weaponry, Pinker places the blame on anti-Enlightenment forces. Scientists working on the Manhattan Project to develop the first nuclear weapons did so because they needed to beat Hitler; Pinker states "Quite possibly, had there been no Nazis, there would be no nukes." In contrast, critics point out that science lacks any ethical logic of its own. They argue that scientific progress is liberating but also threatening, and can present dangers precisely because of how hugely it expands human power.

Pinker expresses concerns about potential human extinction from nuclear weapons or from global warming, but categorizes existential risks overall as a "useless category", stating that "Sowing fear about hypothetical disasters, far from safeguarding the future of humanity, can endanger it". In particular, Pinker departs from scholars such as Nick Bostrom regarding the possibility of accidental existential risk from artificial general intelligence, and makes a controversial reductio ad absurdum argument that self-driving cars provide evidence that artificial general intelligence will pose no accidental existential risk.
The book concludes with three chapters defending what Pinker sees as Enlightenment values: reason, science, and humanism. Pinker argues that these values are under threat from modern trends such as religious fundamentalism, political correctness, and postmodernism.

In an interview about the book published in Scientific American, Pinker has clarified that his book is not merely an expression of hope, it is a documentation of how much we have gained as a result of Enlightenment values, and how much we have to lose if those values are abandoned.