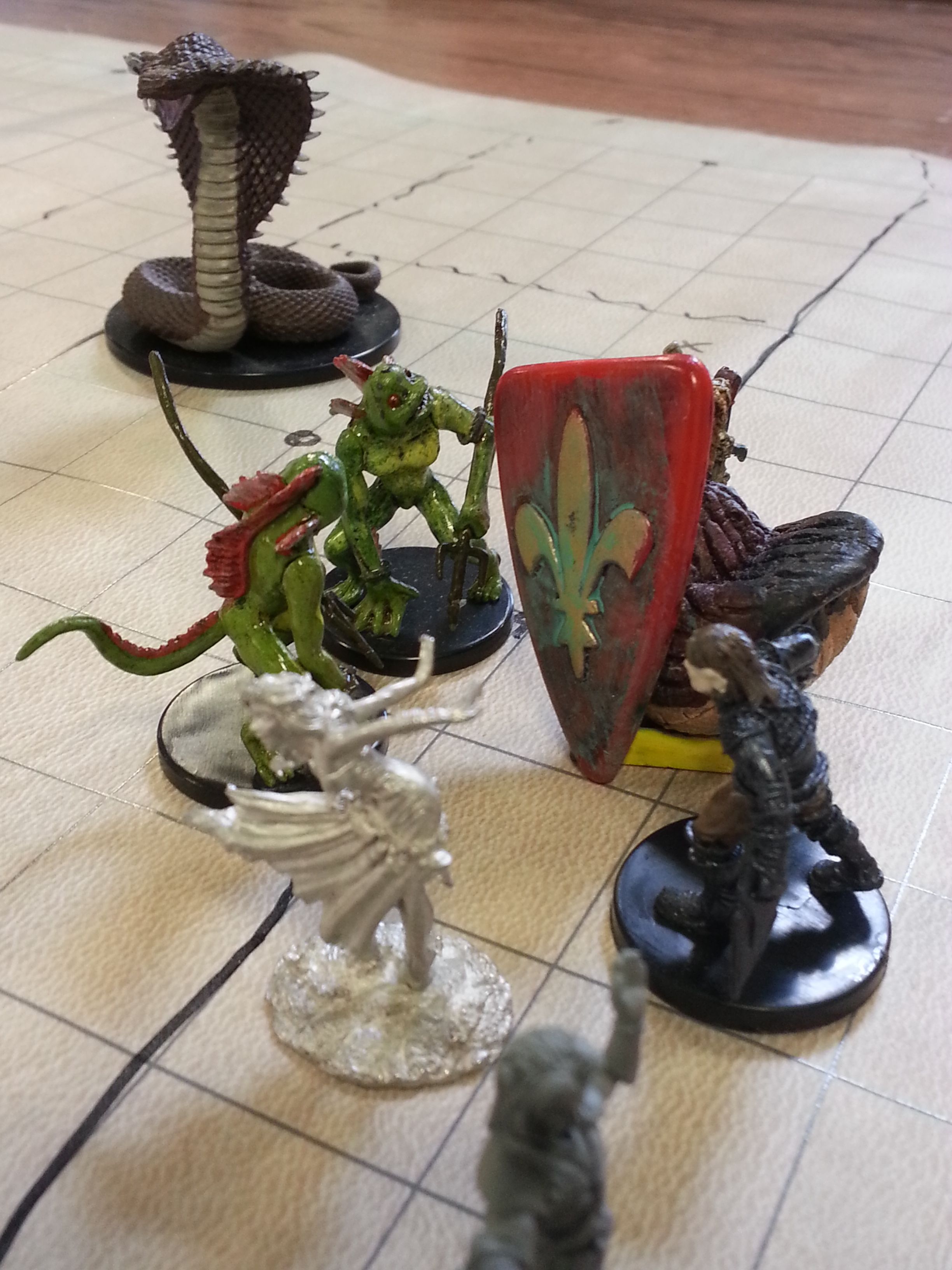 In the back with the tables

Table 1 Scenario: 00-05 Mists of Mwangi
Tier 1-5 GM: Dylan
Players: Michael (), Luke (1), Tony (2), Jason (), Trevor (1, 2), Patrick (1, 2, 4),
Pathfinder Lugizar Trantos recently returned from the Mwangi Expanse with haunted eyes and a pack full of strange idols. Absalom's famed Blakros Museum purchased his pieces and Lugizar vanished. The strange monkey idols he pulled from the misty jungles of Mwangi carry with them a fell curse, and now their power has laid claim to the museum. Can the Pathfinder Society uncover the source of the curse in time, or will the Blackros Museum be forever lost to the mists of Mwangi?

Table 2 Scenario: 04-12 Refuge of Time
This is the Lyssalan Cultist story arc. Players intending to play all parts will be given seating priority.
Tier 7-11 GM: Jeff FULL
Players: Jeffrey (10), Ruth (8, 10), Courtnie (7), Burton (7), AJ (10), AJ +1 (10),
In the ruins of a fallen empire built on the power of sin lies the key to awakening a great evil from a time long gone. The Pathfinder Society isn't the only organization seeking this potent artifact, however, and the result of failure could mean disaster for the whole of Varisia and beyond.

This game day is set to run the 2nd and 4th Sunday every month with scenarios being posted usually a month in advance. Games officially start at noon, but GMs show up early to set up and help those needing it. If you wish to GM, please let a host knolan