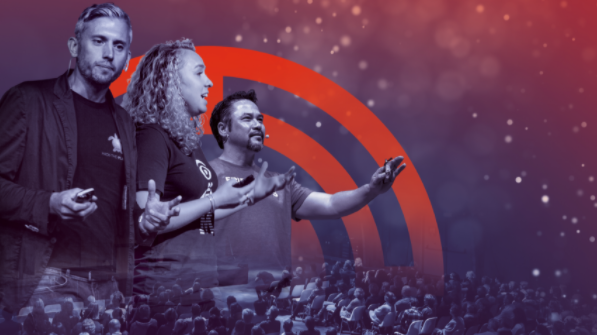 The IoT Tech Community Roadshow comes to Utrecht. We will host another awesome IoT Tech Meetup on November 23th, 2016 at the Rabobank Headquarters in Utrecht near the Utrecht central train station. If you bring your ID-card (for admittance to the building), technical knowledge, enthusiasm and curiosity for technology along, we’ll take care of inspiring speakers, free food and drinks!

This second IoT Tech Community Meetup will guide your through a wide variety of Internet of Things topics. We’ll provide you with three technical IoT sessions, where you can learn something new about the technological part of the Internet of Things. Check out the program for this meetup (more information about the sessions below):

As you can see, lots of IoT knowledge will be shared and there's plenty of time to meet other IoT Techies while having a drink. The admittance is free, so come along and pay us a visit. This meetup is powered by KIVI, NGI-NGN & IoT Tech Community.

Using Actors for the Internet of (Lego) Trains - Johan Janssen

Last year this session’s speaker and his colleagues started a new Internet of Things project: Internet of (Lego) Trains. They wanted to figure out if they could use Java or Scala/Akka on IoT hardware. The Lego trains are equipped with a Raspberry Pi, camera, wireless dongle, infrared transmitter, speaker, RFID reader, and battery pack. Next to that are automated switch tracks and cameras, again with the help of Raspberry Pi’s. To control the trains and other parts, they built an actor-based application with Scala, Akka, Akka HTTP, and AngularJS. The session covers when and how to use Akka HTTP and remote actors to create a new generation of applications. It also presents the results of the performance tests they did to compare the REST with remote actors.

Would you like to explore new worlds with your connected devices? In this presentation we will build a simple robot and connect to it remotely, receiving data and sending instructions over the internet. Just like the Pathfinder spacecraft and its Sojourner Mars rover, our little robot will boldly travel into uncharted territory. In a live demo, our robot will explore the session room and transmit all kinds of sensor data. We will visualise that data in a web UI. With the Mars robot use case, we explore the capabilities of the Amazon IoT platform. AWS IoT comes with easy to use APIs and arranges secure communication with our robot. It also provides neat features like a rules engine and ‘device shadow’. Even when our robot is offline, device shadow makes it very easy to retrieve its latest status. And last but not least, for small scale use, AWS IoT is totally free for one year. Are you curious about how to connect your devices to the cloud? Take this journey and find out if this mission will lead to new discoveries.

Jeroen Resoort is an Enterprise Java Developer at JDriven. He has over 10 years of experience writing Java EE applications. He is passionate about writing good code, learning new stuff and sharing his knowledge with others.

IoT & Big Data: when football brings them together - Joep Kokkeler

Hollands largest light bulb manufacturer is also one the largest producers of IoT devices. These devices saw the light in 2012 and are not shining any less brightly since then. For developers / hobbyists these devices were almost entirely open for any use they could think of. The estimate was that not many people were going to use the openness of the devices and that the connected devices would produce up to 80,000 messages in their lifetime, assuming that a light bulb lasts 20 years. The manufacturer did not anticipate that the devices were connected to other people’s actions that did not know that they were linked. Thus, the Dutch team of the 2014 World Cup did not know there were people who linked up several light bulbs to change color when the team scored. Herefore, the devices sent out 80,000 messages in a single day (!) during the World Cup. It was our job to ensure that these messages could still be processed properly.

In our solution we used a combination of Apache Hadoop, Apache Kafka, Apache Storm and Apache Hbase, combined using Java which we will touch on during the talk, give tips on how to start using these techniques.

Joep Kokkeler is a passionate big data software engineer who’s always eager to take on any new and interesting tasks. Although relatively new to the big data world, Joep is a valuable sparring partner to discuss new and efficient ways to tackle technical big data problems, because of his enthusiasm. Joep is a member of the program committee of the IoT Tech Day 2017.