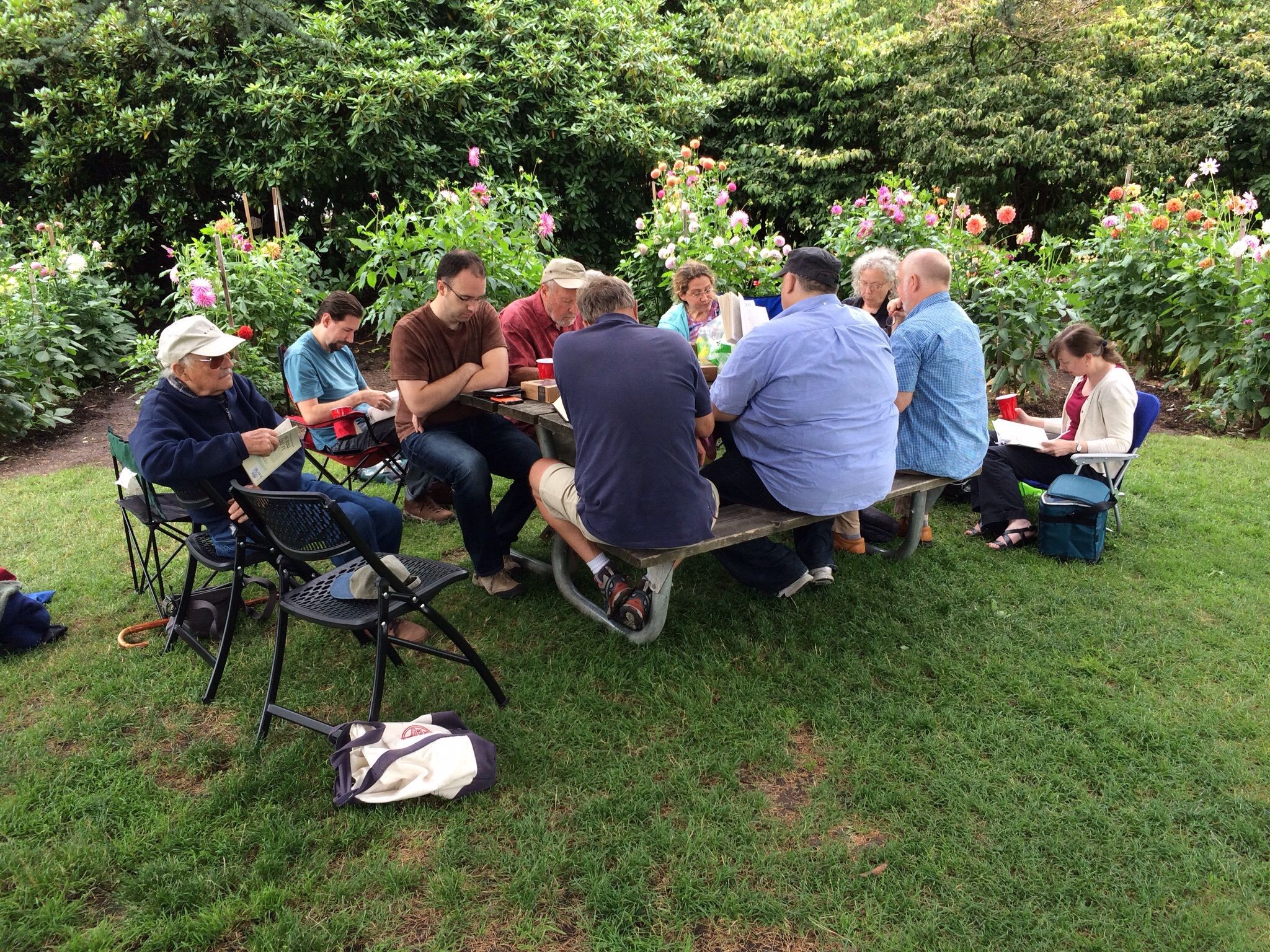 Come, join us to read the play that helped to launch a young William Shakespeare's career- the smash hit "Titus Andronicus"!

Reprinted 3 times in his life and staged countless times from 1595 to the 1620's, this was a very popular play.

And not only that, but over the centuries the critics have continued to rave about this one-

"...the barbarity of the spectacles, and the general massacre which are here exhibited, can scarcely be tolerable to any audience!"- Samuel Johnson

"...should be struck from the canon..."- Samuel Taylor Coleridge

"...a complete failure... we can forget Titus Andronicus."- W.H. Auden

"...one of the stupidest and most uninspired plays ever written!"- TS Eliot

Well.
Hmmf.
Okay.
In that case, there's no reason we can't have a little fun with it, right? What's the worst we can do, butcher it? Har, har.

There actually are redeeming features to this play and good reasons to take a closer look at it. Aaron the Moor is a fascinating character for Shakespeare to have created, probably Shakespeare's 'blackest' character with repeated references to his black skin, 'wooly hair', the contrast between him and the Goth queen Tamora and the black child they have together.

Also, Shakespeare here rehearses themes and characters that he develops more fully in later plays... revenge, madness both real and feigned, a fathers grief at the fate of a beloved daughter, the grandiosity of the tragic figure, the implications from rape, and many more.

And even if all that carnage is a slog, at least this is not a long slog- its a little shorter than average at about 2600 lines or so.

Join with me and we'll dive in and have a look at this over-the-top spectacle.
Maybe we will get a 'hand' on it or maybe we'll be 'stumped'.
Bring all your bad puns, your Goth attitude, your left-over Halloween props, and let's find out!

p.s. special bonus attraction for this one, I have a 5 minute "lightning talk" planned