ข้ามไปยังเนื้อหา
COVID-19 advisory For the health and safety of Meetup communities, we're advising that all events be hosted online in the coming weeks. Learn more

A Leap of Faith: Hanumanasana Flow

Hosted by
The HOME B. 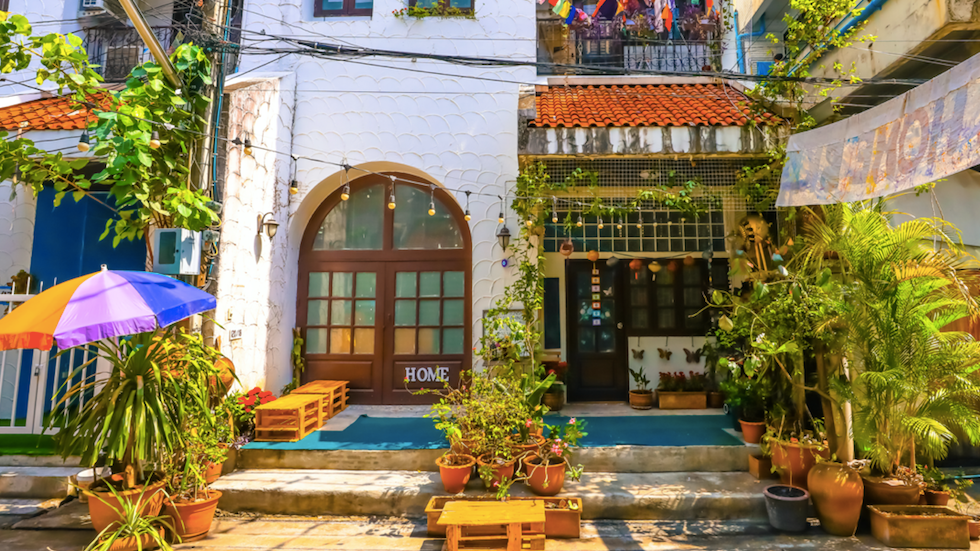 Hanuman’s Story & His Great leaps:
After King Rama’s wife Sita, was taken hostage by the demon Ravana on the island of Lanka (now Sri Lanka). With a force that made the sand fly and the waves run backward, he stretched his mighty legs from the south of India to the shores of Sri Lanka, taking a giant leap with hands clasped in prayer (Anjali Mudra), Hanuman held Rama’s ring to his heart. He secretly delivered the ring and the news that Rama was on his way when he found Sita sitting heart broken under a tree guarded by demoness sentries,
Rama and his troops set out to rescue her from the vile demon. During the ongoing battle Rama's brother, Laksmana, was severely wounded, and the only way to save him was with an herb that grew exclusively in the Himalayas.
Hanuman, Rama's greatest devotee, said he would accomplish this impossible task. He then took one more mighty leap that stretched all the way from the south of India to the Himalayas. As he wasn't sure which herb to pick, he carried the entire mountain with him as he made another massive leap back to the battlefield. Laksmana's life was saved, after the healers had found the herb in question. After defeating Ravana, Rama and Sita were crowned King and Queen of Ayodhya. Hanuman was offered a reward for his help in the great battle, but asked only to continue being of service to Rama. Because of this selfless service, courage and perseverance, Hanuman is regarded as a wonderful symbol of loyalty and selflessness. Leaping across those huge distances must have taken a huge amount of courage from Hanuman, and we can bring some of that courage into our own lives by taking a ‘leap’ of faith every now and again.

On & Off The Mat::
Hanuman has become a metaphor for courage and perseverance but also devotion. This is represented by the physical expression of this story, the yoga pose Hanumanasana. This pose asks you not merely to stretch your legs but also to bring true devotion into your practice and patience.
There is a major difference between performing the ‘splits’ and practicing hanumanasana. The biggest difference between ‘the splits’ and Hanumanasana, is the awareness and spirituality brought to it, the intention. The two bodily shapes may look the same, but the reason behind the shape can be entirely different.
The splits is practiced with the intention to achieve a purely aesthetic shape, and is about the external experience, whereas Hanumanasana is practiced for the internal experience - reflection.
Where do you strive in monkey pose? In your eyes? Your tongue? Your neck? Your breath? Your legs? Where is the ease? Is it alright with you if your pose is far from perfect? Does your desire to do your best ever slide over into perfectionism?

What to expect:
A Hatha/ Vinyasa flow dedicated to Hanumanasana. This does not particularly mean we will achieve Hanumanasana or “the splits” on our first attempt but as we work through the preparatory poses allowing us to warm up the body, particularly the hips, hamstrings and things we will move closer and closer to the ground. Here we are not striving or working to perfection we are working to progress. Practice makes progress.
Join Sabrina Asana Tribe / Asana Tribe as we take our first leap into this delicious pose!
The practice will start with Pranayama (breathing techniques) allowing us to center and enter the present moment, warming up the body and entering our flow to Hanumanasana. Closing our practice with Savasana and Yoga Nidra

What To Bring?
Comfortable Clothing (Be able to move)
Bring your water bottle, we have a refill station!

What is Included?
Shower and towel service available
Bring your water bottle, we have a refill station!

To reserve your spot, see below:

Payments can be made to:
The HOME Network
Bangkok Bank[masked]