Hosted by
Piotr and Thomas S. 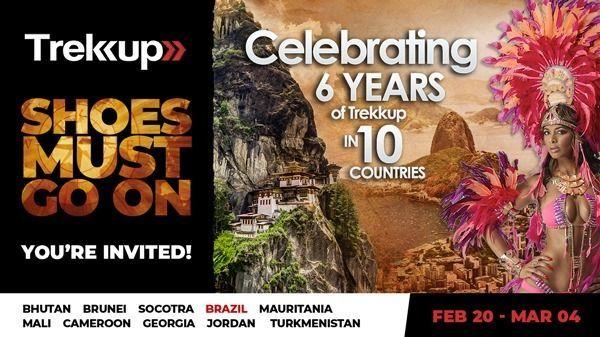 Welcome to Uzbekistan! The region’s cradle of culture for more than two millennia, a home to a spellbinding arsenal of architecture and ancient cities, all deeply infused with the bloody, fascinating history of the Silk Road. In terms of sights alone, Uzbekistan is Central Asia's biggest draw and most impressive showstopper.

This time we take you out on a weekend trip back to the centuries, when caravans loaded with silk and spices travelled from China to Europe, through mountain passes and endless deserts, in a 21st Century way – on a bullet train!

Samarkand never fails to impress visitors with their fabulous mosques, madrassas and mausoleums. Although the modern architecture takes over the historical ambiance of Samarkand, there’s still enough magic in the city to lure the wandering spirits.

Although there is a strong evidence of human activity in the area in the late Palaeolithic era, city became famous for being an Islamic centre for scholarly study of 14th century and the capital of the empire of Timur (Tamerlane). Samarkand’s

Registan square was the ancient centre of the city, bound by three monumental religious buildings. The city has carefully preserved the traditions of ancient crafts: embroidery, gold embroidery, silk weaving, engraving on copper and ceramics, to the extent that in 2001, UNESCO added the city to its World Heritage List as Samarkand – Crossroads of Cultures.

Bukhara, with about 140 architectural monuments, is often referred as city-museum. Periodically invaded, plundered and terrorized, it eventually became a centre of science and enlightenment in ancient Turan. Religion and secular sciences such as poetry, astronomy, medicine, mathematics developed quickly pushing the city’s development. Great scientists and philosophers led their creative lives in Bukhara and involving army of followers, over the years, madrasas or shrines were erected for the sake of education of thousands of students.

Despite recent heritage of Soviet Union, Uzbekistan remains an extremely friendly country where hospitality is an essential element of daily life and you'll be made to feel genuinely welcome by the people you meet.

Here is the brief:

Day 2 / Friday Bukhara
Short rest in the hotel and departure to Bukhara.
We will start our visit with Lyabi Khauz and follow to the other city highlights to understand its monastery-city life, a place where education and pilgrimage is the of high importance. In the evening we move to Samarkand. Overnight in traditional hotel.

Day 2 / Saturday Samarkand
Sightseeing the capital of Tamerlane’s powerful empire: Gur-Emir mausoleum – the burial place of the Tamerlane and his dynasty (XIV-XV c.); Registan Square – the heart of Samarkand with its three madrassahs – representatives of the great past of this city. Lunch. Continue to the Bibi-Khanim mosque. Optional visit in local bath "Hamam". Before we say good bye to Samarkand we will visit Registan Square at night for the famous light show. Late evening get back to Tashkent and fly back home. Landing back in Dubai at 08.20AM.

Visas:
Uzbekistan is opening to the world. Most of nationalities can get free entry or evisa. More info: https://en.wikipedia.org/wiki/Visa_policy_of_Uzbekistan