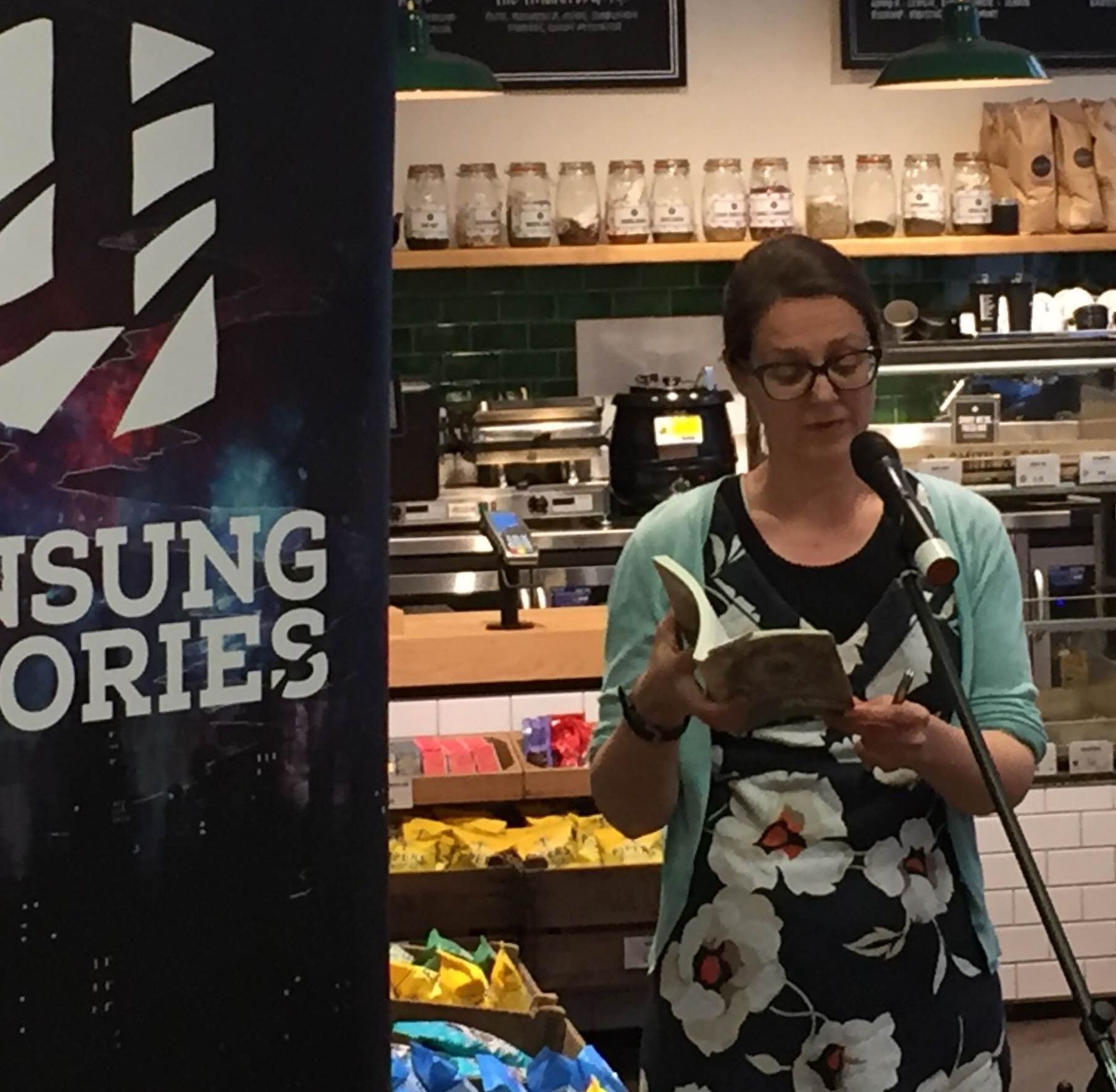 With the promise of spring in the air, flowers budding and the brief woes of Storm Doris far behind us, it's back to The Star of Kings for our eighth evening of speculative fiction storytelling. Reading this time:

• Claire North - Claire North is a pseudonym for British author Catherine Webb. The First Fifteen Lives of Harry August was her first novel published under the Claire North name, and was one of the fastest-selling new SFF titles of the last ten years. It was selected for the Richard and Judy Book Club, the Radio 2 Book Club and the Waterstones Book Club promotions. Her next novel Touch was published in 2015 to widespread critical acclaim and was described by the Independent as 'little short of a masterpiece'. Catherine is a fan of big cities, urban magic, Thai food and graffiti-spotting. She lives in London.

• Verity Holloway, author of PSEUDOTOOH! Verity was born in Gibraltar in 1986, and grew up following her Navy family around the world. She graduated from Cambridge’s Anglia Ruskin University with a First Class BA in Literature and Creative Writing and went on to earn a Distinction Masters in Literature. Her short stories and poems have been widely published, with her story 'Cremating Imelda' being nominated for the Pushcart Prize. In 2012 she published her first chapbook, Contraindications. Her novella, Beauty Secrets of The Martyrs, was released in 2015. Her first non-fiction book, The Mighty Healer: Thomas Holloway’s Patent Medicine Empire (Pen & Sword), a biography of her Victorian cousin who made his fortune with questionable remedies, was published in 2016.

• Nick Wood is a South African clinical psychologist, with over twenty short stories previously published in Interzone, Infinity Plus, PostScripts, Redstone Science Fiction, Fierce Family and AfroSF V1 and 2 (with Tade Thompson) amongst others. He has a YA speculative fiction book published in South Africa entitled ‘The stone chameleon’ as well as a debut novel ‘AZANIAN BRIDGES’ (NewCon Press:UK), currently shortlisted for a British Science Fiction Award for Best Novel (2016). Nick has completed an MA in Creative Writing (SF & Fantasy) through Middlesex University and is currently training clinical psychologists at the University of East London (UEL). He can be found: @nick45wood or http://nickwood.frogwrite.co.nz/

• Timothy J. Jarvis is a writer and scholar with an interest in the antic, the weird, the strange. His first novel, The Wanderer, was published by Perfect Edge Books in the summer of 2014. His short-fiction has appeared in Murder Ballads, Booklore, Uncertainties: Volume I, Caledonia Dreamin’: Strange Fiction of Scottish Descent, 3:AM Magazine, and Leviathan 4: Cities, among other places. He is also interested in drone and ambient music and has collaborated with sound artists on sleeve notes and performance. In 2012, he was shortlisted for the Lightship International Short Fiction Prize. He currently lives in Bedford, a small town in the hallowed/cursed M1 corridor.

Here's what people said about our previous event:

Had a brilliant time at Unsung Live last night! Listening to stories and catching up with old friends. Oh, and there was booze. Perfection.
– M.R. Carey

Thanks to @UnsungTweets for a fantastic night of speculative fiction and fantasy! Really enjoyed reading - thanks for having me!
– Jamie Sawyer @JSawyerAuthor