Hosted by
jen and Jason P. 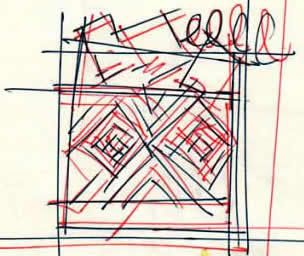 Every last Wednesday of the month

We will be located in the Slingshot space. Look for the Andre the giant at the back of the parking lot.

Pleased to have Ryan Lesser share his work in crafting gaming experiences ranging from marquee titles like RockBand to his new line of tabletop board games. We will be hosting this talk at the Slingshot accelerator thanks to Loft design who will be providing Kombucha and Revival on tap to wet your whistle.

---
Ryan Lesser is video game and board game designer, musician and graphic artist living in Providence, Rhode Island. A graduate of Rhode Island School of Design, he is best known for his design and art direction on influential video games Guitar Hero, Guitar Hero II, Rock Band and The Beatles: Rock Band.

Ryan Lesser is the Art Director for video game developer Otherside Entertainment, faculty at Rhode Island School of Design, and Founder of Wild Power Games. From[masked], Ryan served as Creative Lead and Art Director at Harmonix. He is a member of the heavy metal band Megasus. In the early to mid 1990s, Lesser worked with Shephard Fairey on the street art phenomena "Andre the Giant has a Posse" and "OBEY", and edited Helen Stickler's video documentary André the Giant Has a Posse and co-created Attention Deficit Disorder with Shephard Fairey.

In 2014, Ryan lead a successful Kickstarter campaign for the Harmonix video game Amplitude to ship on PlayStation 4 and PlayStation 3.